Toothache is a painful sensation originating from the teeth or the tissues that surround them. It is caused by inflammation of the dental pulp - the nerves and blood vessels inside our teeth. When the pulp becomes inflamed, this is called 'pulpitis'.

Anybody who has experienced severe toothache knows that the pain can be excruciating. It is described by many people as the worst pain they have ever experienced. This explains why toothache remains the most common reason for emergency dental attendance and is a frequent reason for absence from work or school.

Who is affected by toothache?

Toothache can affect adults and children of almost any age. To help your teeth remain healthy and pain-free it is important that you maintain an effective daily dental hygiene regime. Children's teeth should be cared for in a similar fashion as soon as they erupt through the gums.

Scientists may have found a way to regrow protective tooth enamel using a gel applied to the tee...

A tooth is made of three layers:

The dentine is made of a densely packed set of microscopic tubes leading from the enamel to the pulp. If the dentine loses its protective covering of enamel then harmful substances like germs, toxins and hot, cold or sweet stimuli are able to pass along the tubes of the dentine and exert a damaging and painful effect on the living pulp underneath.

The pulp responds to these harmful stimuli by becoming inflamed (this is called pulpitis) as it tries to repair and defend itself.

There are two types of pulpitis:

Tooth decay (dental caries) is the most common cause of pulpitis. When we eat sugary food and drinks, the bacteria in our mouths consume the sugar and release acid. Over time the acid can dissolve a hole in the enamel layer of our teeth which allows the bacteria and their toxins to enter the softer layer of dentine and pass through it to irritate the pulp.

A side-effect of pulpitis is an increase in blood pressure around the nerves within the pulp. In cases of irreversible pulpitis the raised pressure inside the tooth limits the amount of blood that can enter the tooth. Without sufficient blood entering the tooth, the pulp will die painfully due to a lack of oxygen.

What else causes pulpitis?

Apart from tooth decay, other possible causes of pulpitis include:

To understand the effect of temperature on the pulp, think about the sensation of biting into ice cream. When the dentine is exposed, sweet things and room temperature drinks can feel like ice cream sensitivity.

The following conditions may feel like toothache but do not actually involve the pulp:

What are the symptoms of toothache?

The symptoms of toothache are frequently confusing. It can be difficult to decide which tooth is causing the pain or even whether it's coming from an upper or a lower tooth. Sometimes the pain can feel like it is coming from a distant site, like your ear for example. This is called referred pain.

The most common symptoms of toothache are:

Understanding the type of pain can help the dentist to treat you more effectively.

The longer each episode of pain lasts, the more serious the condition is likely to be.

Teeth with mild-to-moderate reversible pulpitis are usually more sensitive to cold or sweet food and drinks but rarely to hot ones.

Teeth with irreversible pulpitis are initially sensitive to cold but as the condition worsens the pulp becomes increasingly sensitive to hot things. Eventually, cold drinks can actually help to reduce the severe throbbing pain. This is because the cold temperature helps to reduce the pressure and inflammation inside the pulp, similar to an ice pack on a twisted knee or ankle.

Pain on biting or pushing the side of a tooth can also indicate the presence of an infection spreading from the gums down the side of a tooth. It could also be due to inflammation or bruising around the tooth root if it has been knocked in an accident.

If your sleep is affected by toothache then it is likely you have irreversible pulpitis, especially if you are woken up in the middle of the night with a throbbing toothache that can last for hours.

If you experience any of these symptoms for more than a day or two without any reduction in severity, arrange to see your dentist as soon as possible. If you delay, the pain is likely to get worse.

How is toothache diagnosed?

Before starting any treatment your dentist will need to make sure that the source of your pain has been correctly identified. The first step is asking about the history of your toothache.

Are there any special tests for toothache?

Next, your dentist will examine your teeth and carry out some tests to gather more information.

Percussion testing
This is usually performed by tapping gently on teeth with a dental mirror handle and pushing on various teeth to identify which ones feel normal, a bit tender or very tender.

Vitality testing
This aims to identify if a pulp is healthy, inflamed or dead by placing hot or cold pieces of cotton wool against individual teeth. If a tooth feels the temperature difference, the pulp is alive or vital. An exaggerated response indicates the nerve may have pulpitis. A negative response implies the pulp may be dead. A pen-shaped device called an electric pulp tester can also be used to test if a pulp is alive.

X-rays
These can provide useful information about the presence and extent of tooth decay (dental caries), root fractures, the shape and depth of fillings, the presence of infections or abscesses around the roots of teeth and the proximity of teeth to the sinuses, nerves and other structures.

Testing for cracks
You will be asked to bite down repeatedly on to a plastic wedge-shaped instrument to identify cracks in a tooth that might be too small for the dentist to see directly. Sometimes shining a bright light against the tooth can help to visualise a crack.

Assessing the health of your gums
Your dentist will carefully assess the health of the gums around the painful teeth to check for inflammation, infections and signs of periodontal disease.

When all the relevant information has been gathered, your dentist will discuss the likely causes for your pain and provide you with a list of treatment options.

What is the treatment for toothache?

Treatment for reversible pulpitis involves protecting the pulp from whatever was causing it to become inflamed. This usually involves the removal of tooth decay (dental caries) or any damaged fillings, followed by the placement of a new filling.

If a dentist has doubts about the pulp's chances of recovery then a temporary filling might be appropriate. The status of the pulp can be reassessed after some time to ensure that it has healed before a permanent filling is placed. If the pulp has not healed or the symptoms have increased then your tooth may need to undergo treatment for irreversible pulpitis (see below)

If the pulpitis was caused by a crack in a tooth it may be necessary to modify the site of the crack before replacing a filling or a crown, to prevent the tooth cracking in half.

After placement of a filling, it may take several days for the symptoms of reversible pulpitis to subside. Your dentist will advise you how to prevent further pulp irritation while it is healing. He/she may also prescribe medication for the pain and to help reduce inflammation within the pulp.

If the pulpitis was caused by a previous deep filling or tooth sensitivity due to gum recession, your dentist will advise you how to protect the tooth and avoid irritating the pulp to give it a chance to heal by itself. Special varnishes and protective coatings might help to reduce the symptoms, along with painkillers if your dentist recommends them. See the separate leaflet called Painkillers.

How is irreversible pulpitis treated?

Treatment for irreversible pulpitis consists of two main options. The same options apply for a tooth with a pulp that has died due to tooth decay (dental caries) or trauma.

How can I prevent toothache?

The best way to avoid toothache is by attending routine dental inspections, maintaining a careful oral hygiene routine and reducing your intake of sugary foods and drinks that cause tooth decay (dental caries). For detailed oral hygiene and diet advice, speak to a member of the dental team.

What happens if I do nothing?

If you delay for too long then you will increase the likelihood of significant pulp damage. This is usually extremely painful and eating will become much more uncomfortable as the pulpitis spreads to affect the bone and ligament around the root tip. This can lead to severe, constant pain and sleepless nights. Without treatment, the pulp will eventually die and break down to form a dental abscess in the bone around the root of the tooth. When this happens, the dentist is left with only two options: root canal treatment or tooth extraction.

Several other dental conditions have symptoms which may be confused with toothache but do not actually involve the pulp. These include sinusitis, mouth ulcers and gum infections, especially if you have partially erupted wisdom teeth or have gum disease. 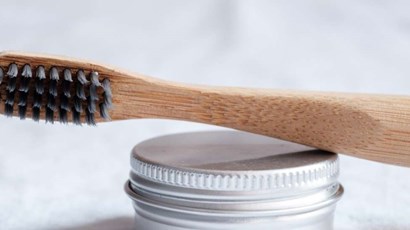 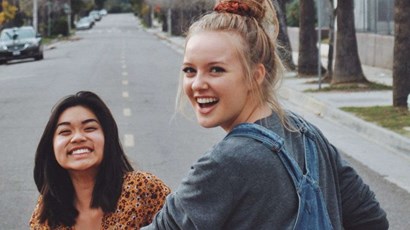 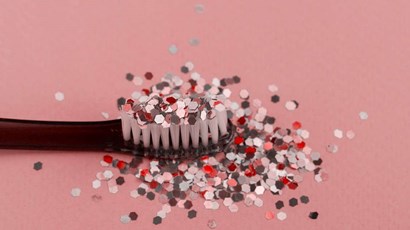 The reason your gums are bleeding 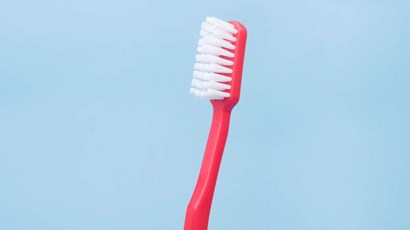 i have had this white patch on my tounge for about 3 weeks it does seem to be slightly improviing but not going away can anyone help?