In this series Atrial Fibrillation

The medicines used to prevent a atrial fibrillation-related stroke are called anticoagulants. These help to stop blood clots forming in your blood vessels.

Why does atrial fibrillation increase your risk of having a stroke?

The main complication of atrial fibrillation (AF) is an increased risk of having a stroke. AF can interfere with the blood flow in the heart chambers. This sometimes leads to a small blood clot forming in a heart chamber.

The risk of developing a blood clot and having a stroke varies, depending on several factors. The level of risk can be calculated by your doctor using a set of specific questions. This will help to decide what treatments are required. All people except those at the lowest risk will be offered medication to help prevent clots from forming.

How can the risk of stroke be reduced?

Anticoagulants reduce the risk of stroke by nearly two thirds. In other words, these treatments can prevent about 6 out of 10 strokes that would have occurred in people with AF.

Should you take medicine to reduce your risk of stroke?

Your doctor can use a risk assessment to see if you should take medicine to reduce your risk of stroke. The most commonly used risk assessment tool is called the CHA2DS2-VASc risk score. Points are added for each of the following it they apply to you:

Another risk score called the HAS-BLED score is used to estimate the risk of major bleeding when you are taking a medicine to reduce the risk of stroke if you have AF. This helps to decide whether or not steps should be taken to reduce your risk of bleeding if you take anticoagulation.

Finally, a risk score called ORBIT can be used to assess your risk of major bleeding, including bleeding into the brain. For most people, the benefit of anticoagulation outweighs the bleeding risk. However, if your bleeding risk is high and cannot be reduced, your doctor will discuss the pros and cons of starting (or stopping) anticoagulation.

The National Institute for Health and Care Excellence (NICE) now advises that the ORBIT risk score should be used instead of HAS-BLED to assess the risk of major bleeding when starting blood-thinning medication and whilst you are on it. This is because the evidence shows that it has a higher accuracy in predicting the risk of bleeding than other bleeding risk tools.

Which medicines help to reduce the risk of stroke?

Aspirin is very effective at reducing the risk of a second stroke if you have had a stroke which was not due to AF. However, where AF-related stroke is concerned, aspirin is much less effective than other treatments but just as likely to cause problems. It is therefore no longer recommended to reduce the risk of stroke in AF.

Instead, your doctor is likely to recommend an anticoagulant. In the past, warfarin was the traditional option. However, several newer agents called direct-acting oral anticoagulants (DOACs) are now available. These are called:

Studies have shown the DOACs to be at least as effective as warfarin for reducing the risk of an AF-related stroke. In addition, they:

As a result, NICE has updated its guidance to recommend that DOACs should be offered in preference to warfarin. If you are already taking warfarin, your doctor may discuss changing you to treatment with a DOAC, depending on the results of your blood tests.

To find out more about these medicines, including the risks and benefits of the various alternatives, see the separate leaflet called Anticoagulants.

NICE in the UK has recommended that left atrial appendage occlusion can be considered as a treatment option to reduce the risk of stroke in people with AF. However, it does carry risks. It is therefore reserved for people who are at high risk of stroke and who cannot take anticoagulants. 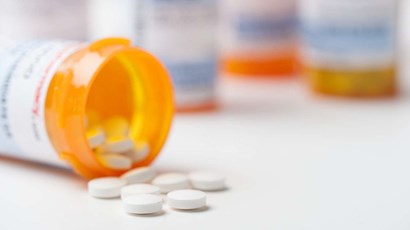 I had catheter ablation for afib three weeks ago. my worst complaint has been severe acid reflux and esophageal pain.. has anyone else experienced this?