Ringworm is a skin infection caused by a fungus (not a worm). Ringworm on the scalp mainly affects children, particularly children of African or Caribbean origin. Treatment is with antifungal medication which you need to take for several weeks. An antifungal shampoo is not effective alone but may be advised in addition to medication.

Ringworm is a fungal skin infection. (It is not due to a worm as its name implies!) There are many types of fungal germs (fungi) and some can infect the skin, nails and hair. This leaflet just deals with scalp ringworm which is sometimes called tinea capitis (from the Latin word caput, meaning head).

How can you catch scalp ringworm?

Scalp ringworm mainly affects young children. It is uncommon in adults. This is thought to be because the normal skin oil (sebum) that increases on the scalp in the teenage years (after puberty) has properties that make it resistant to fungi.

What are the symptoms of scalp ringworm?

How is a scalp ringworm diagnosed?

Sometimes the symptoms strongly suggest a fungal infection. However, scalp ringworm may be confused with other problems at first. For example, some cases can look like psoriasis or bad dandruff and fungal infection is just one of several causes of bald patches and hair loss. To confirm the diagnosis, a doctor will usually send a hair sample or a scraping of affected skin to the laboratory. This is looked at under the microscope and cultured to confirm that a fungal infection is the cause of the problem.

General advice if you are diagnosed with scalp ringworm

If you are confirmed or your child is confirmed as having scalp ringworm then:

What is the treatment for scalp ringworm?

An antifungal medicine taken by mouth is needed to clear scalp ringworm. They usually work well.

Other antifungal medicines, such as itraconazole and fluconazole, are sometimes used.

Antifungal medicines are generally well tolerated and side-effects are uncommon. However, they do occur in some people and some people should not take them at all. For example, women of childbearing age should not become pregnant during (and for one month after) treatment with griseofulvin. Men should use contraception during (and for six months after) their own treatment with griseofulvin, as it has known to damage sperm.

Therefore, read the leaflet that comes with the medicine packet for a full list of cautions and possible side-effects before taking any treatment.

Antifungal creams or shampoos do not clear the infection fully. This is because fungi get into the hair shafts where creams and shampoos cannot reach. Therefore, they cannot cure the condition. They do, however, clear fungi and fungal spores from the hairs and surface of the scalp.

An antifungal shampoo or cream may be advised twice-weekly for a couple of weeks in addition to antifungal medication - for example, selenium shampoo, ketoconazole shampoo or terbinafine cream. This is to clear any surface fungi quickly and make it much less likely for the fungus to spread to other children.

If the infection is not treated and becomes severe, there is a risk of some permanent scarring and patches of hair loss (bald patches) remaining on the scalp even after treatment.

Sometimes the fungal infection beds down deeply into the scalp, which responds by creating a very sore, thick bumpy mass of fungal infection called a kerion. This can look like a cluster of boils and be mistaken for a bacterial infection, when the actual infection is caused by a fungus. Antibiotics will not help for a kerion: you need antifungal tablets like terbinafine or griseofulvin. This image shows a kerion:

Very occasionally the inflammation caused by a fungal infection can lead on to a 'secondary' bacterial skin infection. If this occurs then you may need a course of antibiotics.

What about close contacts of affected people?

Treatment may be offered if fungi or fungal spores are detected, to prevent the disease from 'taking hold' or from spreading to others. For example, some people found to have a heavy growth or high spore count may be advised to take a course of antifungal tablets. Others with a low count may be treated with just an antifungal shampoo or cream. But note: this measure is for close contacts, such as brothers and sisters. Screening in schools where an affected child attends is not usually needed. However, if more than two children in a class are infected, the rest of the class may be screened by scalp brushing (after parental consent). 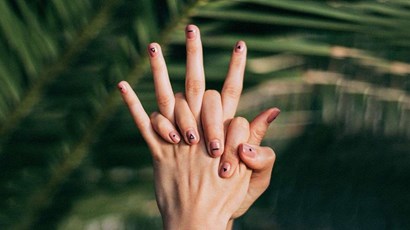 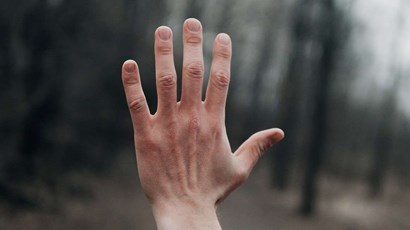