Monkeypox is a rare viral infection caused by the monkeypox virus. It is very similar to the smallpox virus but milder. It is not very infectious and can be hard to catch. Symptoms are very similar to other viral illnesses such as chickenpox. Treatments are aimed at helping symptoms until you are better. People often get better on their own within about three weeks. There is an effective vaccine that works against smallpox which also works against monkeypox.

Image in the public domain, via Wikimedia Commons

Monkeypox is a rare infection caused by the monkeypox virus. The virus belongs to the Orthopox virus family - this family also includes smallpox and other viruses. This virus is also known as zoonotic because it can be spread from animals to humans and from humans to animals. Chickenpox is a different illness and the chickenpox virus belongs to a different family of viruses.

How and where did monkeypox start?

Monkeypox was first found in an outbreak in monkeys used for research that were being shipped from Singapore to Denmark in 1958. This is why it is called monkeypox. The first confirmed case of a human contracting monkeypox was in a child in the Democratic Republic of Congo (DRC) in 1970. It was first thought that this child had smallpox as the symptoms were so similar. Since then, there have been a few outbreaks of the virus but mainly in African countries. Most outbreaks have been in DRC and Nigeria. It is thought monkeypox normally lives in rats, mice and squirrels in Africa.

It is rare to have outbreaks outside Africa. However, in 2003, there were a few cases in the USA, with humans and prairie dogs infected. All made a full recovery. Since 2018, there had only been seven cases in the UK. In May 2022, up to 22nd May, there have been 20 more cases reported in the UK.

Why are there more cases of monkeypox now?

Monkeypox is related to the smallpox virus. Over 50 years ago, there was a huge drive to get rid of smallpox. Everyone was offered the smallpox vaccine. This vaccine also helped in reducing the infections of monkeypox as both viruses are similar. By 1980, there were no further people getting smallpox.

Over time, people have stopped being vaccinated against smallpox as the virus no longer exists. This has meant people, mainly children and those under the age of 40 or 50, have not had the smallpox vaccine. These people are now at higher risk of catching monkeypox if they come into close contact with an animal or person who has it.

How is monkeypox transmitted?

Monkeypox is not very infectious and does not spread easily between people.

It is usually spread from close contact with infected animals. You can get it from bites or scratches from animals. There are currently no animals in the UK known to have monkeypox.

It can enter the body through broken skin (even if you cannot see it) or through the nose, eyes or mouth.

From person to person, you can get it from being in contact with:

Monkeypox can sometimes be confused with chickenpox. The rash looks very similar to chickenpox, especially in the early stages. However, the chickenpox-like blisters filled with clear fluid later become filled with cloudy yellow-white liquid.

The rash usually starts on the face and can be in the mouth. It can then spread anywhere from the top of your head to the bottom of your feet. This included the genitals.

This rash can last for about 10 days.

What are the symptoms of monkeypox?

If you catch monkeypox, you will have a few days of feeling normal before the symptoms start. This is called the incubation period. In monkeypox, this is usually between 7 to 14 days but in some people it could be between 5 and 21 days.

After this, mild symptoms can occur. Monkeypox symptoms include:

About three days after the fever, the rash will start. As discussed earlier, it starts on the face and then spreads to other parts of the body.

You will be infectious until the scabs have dropped off and the skin underneath looks intact.

From start to finish, monkeypox can last up to four weeks.

Do people recover from monkeypox?

Most people usually get better on their own after about three weeks but in some, it can take longer - up to four weeks.

The death rate of monkeypox can change depending on the strain of the monkeypox virus you have. The West African strain can cause 1 death for every 100 people who have the illness. The Congo Basin (central African) strain causes about 1 death in every 10 people who have been infected.

There can be complications that can make people more ill. People with weakened immune systems such as those on chemotherapy can have complications from the illness. They may need treatment in a hospital. Complications include:

How is monkeypox diagnosed?

As the rash and symptoms seen in monkeypox are so similar to those found in smallpox or chickenpox, it can be difficult to diagnose.

In smallpox or chickenpox, you do not get the swollen lymph glands you develop in monkeypox. However, other viral illnesses could still cause this symptom.

To be certain, a sample from the blister of the rash should be sent to a laboratory to be analysed. Here, the monkeypox virus is grown and you can get a firm diagnosis. Blood samples are not helpful as it is difficult to separate the viruses or antibodies from other viruses in the family. Antibodies are proteins made by our immune system during infection. These help fight the virus. Antibodies also stay in the body for some time to help fight the infection more quickly if it comes back again.

Is there any treatment for monkeypox?

At the moment, there are no treatments specifically designed to treat monkeypox in humans. As most people have mild symptoms, they do not need treatment apart from to help the symptoms of fever or pain.

If unwell, there are some options such as:

Antivirals (medicines used to fight against the virus)

Cidofovir and brinicidofovir have never been used in humans to treat monkeypox infection. In animals, they have successfully helped fight the infection. Brinicidofovir has been shown to be safer than cidofovir. Cidofovir can cause problems in the kidneys.

Tecovirimat is another antiviral medication that has had success in animals infected with viruses from the Orthopox family. While it is safe to be used in humans, it has not previously been given to people infected with monkeypox.

Immunoglobulins are antibodies. These are proteins that are made by the body's immune system to fight infection. We can also make treatments for some diseases by getting these antibodies from a number of people and creating a medicine.

Vaccinia immune globulin (VIG) is an immunoglobulin made from antibodies from people who have had the smallpox vaccine. It has, so far, not been shown to help people who have had complications from smallpox infection. It has not been used in people with monkeypox. Since smallpox and monkeypox are similar, it gives people an option if unwell. It could also be used if people have been in contact with someone with the infection who is not showing symptoms yet.

This vaccine can also be used after contact with someone who has monkeypox. It should stop you from getting the infection. If you do get the infection, the vaccine should make the symptoms milder.

ACAM2000® is a newer vaccine that can be given to those over 18 years of age and at high risk of smallpox infection. It can also be used in those who have been in contact with someone who has the infection under special circumstances. This vaccine could also stop you from getting the infection, or reduce how severe the symptoms are if you did get infected.

Other ways to protect yourself 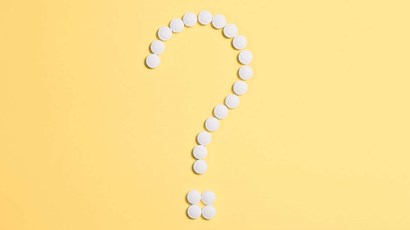 Monkeypox: what do we know so far?