Chronic kidney disease means that your kidneys are not working as well as they once did. Various conditions can cause chronic kidney disease. Severity can vary but most cases are mild or moderate, occur in older people, do not cause symptoms and tend to become worse gradually over months or years.

What is chronic kidney disease?

Chronic means ongoing, persistent and long-term. It does not mean severe as some people think. You can have a mild chronic disease. Many people have mild CKD.

For more information, see the separate leaflet called What do kidneys do?

Thousands of people receive transplanted organs from deceased donors each year in the UK. But de...

How is chronic kidney disease diagnosed?

Kidney function is assessed using a combination of:

Increased protein in the urine and decreased eGFR are both associated with an increased risk of progressive chronic kidney disease.

A normal eGFR is 90 ml/minute/1.73 m or more. If some of the glomeruli do not filter as much as normal then the kidney is said to have reduced or impaired kidney function.

The eGFR test involves a blood test which measures a chemical called creatinine. Creatinine is a breakdown product of muscle. Creatinine is normally cleared from the blood by the kidneys. If your kidneys are not working very well and the glomeruli are not filtering as much blood as normal, the level of creatinine in the blood goes up.

The eGFR is calculated from your age, sex and blood creatinine level. An adjustment to the calculation is needed for people with African-Caribbean origin. See the separate leaflets called Routine Kidney Function Blood Test and Estimated Glomerular Filtration Rate (eGFR).

Proteinuria means that your urine contains an abnormal amount of protein. Most proteins are too big to pass through the kidneys' filters and get into the urine. However, we all leak tiny amounts of a small protein called albumin into our urine.

Proteinuria is usually first detected by a simple dipstick urine test. The amount of proteinuria is then usually measured by a sample of urine sent to the laboratory to measure the ratio of the level of either albumin or total protein in the urine compared with the amount of creatinine in the urine.

A lower level of excess protein in the urine is called microalbuminuria.

What are chronic kidney disease symptoms?

If the kidney function declines to stage 4 or 5 then various other problems may develop - for example, anaemia and an imbalance of calcium, phosphate and other chemicals in the bloodstream. These can cause various symptoms, such as tiredness due to anaemia, and bone thinning or fractures due to calcium and phosphate imbalance. End-stage kidney failure (stage 5) is eventually fatal unless treated.

What are the stages of chronic kidney disease?

Chronic kidney disease is diagnosed by the eGFR and other factors, and is divided into five stages:

Note: it is normal for your eGFR to change slightly from one measurement to the next. In some cases these changes may actually be large enough to move you from one stage of chronic kidney disease to another and then back again. However, as long as your eGFR is not getting progressively worse, it is the average value that is most important.

What if I have chronic kidney disease stage 3?

Stage 3 means moderate chronic kidney disease. This often means that you are unlikely to need to see a kidney specialist. However, your GP will need to see you regularly for monitoring, including blood and urine tests.

However if regular blood and urine tests show that your chronic kidney disease is progressing to stage 4 then you will usually need to be referred to a kidney specialist to consider further assessments and treatment.

How common is chronic kidney disease?

About 1 in 10 people have some degree of chronic kidney disease. It can develop at any age and various conditions can lead to CKD. It becomes more common with increasing age and is more common in women.

Although about half of people aged 75 or more have some degree of chronic kidney disease, most of these people do not actually have diseases of their kidneys; they have normal ageing of their kidneys.

Most cases of CKD are mild or moderate (stages 1-3).

Other less common conditions that can cause chronic kidney disease include:

However, this list is not complete and there are many other causes.

As mentioned, the eGFR test is done to diagnose and monitor the progression and severity of chronic kidney disease. For example, it should be done routinely at least once a year in people with stages 1 and 2 CKD, and more frequently in some people with stage 3 and in everyone with stage 4 or 5 CKD.

What is the treatment for chronic kidney disease?

Treatment for most cases of chronic kidney disease is usually done by GPs. This is because most cases are mild-to-moderate (stages 1-3) and do not need any specialist treatment. Your GP may refer you to a specialist if you develop stage 4 or 5 CKD, or at any stage if you have problems or symptoms that need to be investigated by a specialist.

Research studies have shown that in many people, treatment at early stages of chronic kidney disease can prevent or slow down progression through to eventual kidney failure.

The aims of treatment include:

There are various conditions that can cause CKD. For some of these there may be specific treatments for that particular condition - for example:

Preventing or slowing down the progression of chronic kidney disease

There are ways to stop chronic kidney disease becoming any worse or to slow down any progression. You should have checks every now and then by your GP or practice nurse to monitor your kidney function - the eGFR test. They will also give you treatment and advice on how to prevent or slow down the progression of CKD. This usually includes:

Medication to protect your kidneys

Only a small number of people with chronic kidney disease progress to end-stage kidney failure (stage 5 CKD) that requires kidney dialysis or kidney transplant. If you reach stage 4 or 5 CKD, you are likely to be referred to a specialist in kidney disease at the hospital.

The options for treatment include:

NICE says that patients receiving dialysis should be offered the choice of having their treatment at home or in a hospital or clinic. It advises that patients, in discussion with doctors, should be able to decide which type of dialysis is right for them and where they will receive it, depending on local arrangements.

People with chronic kidney disease have an increased risk of developing CVDs, such as heart disease, stroke, and peripheral arterial disease. People with CKD are actually twenty times more likely to die from cardiovascular-related problems than from kidney failure. This is why reducing any other cardiovascular risk factors is so important. See the separate leaflet called Cardiovascular Disease (Atheroma).

If chronic kidney disease becomes severe you may need treatment to combat various problems caused by the poor kidney function. For example:

If end-stage kidney failure develops, you are likely to need kidney dialysis or a kidney transplant to survive.

What is the outlook for chronic kidney disease?

Stages 1-3 chronic kidney disease (mild-to-moderate) are common, with most cases occurring in older people. It tends to become gradually worse over months or years. However, the rate of progression varies from case to case, and often depends on the severity of any underlying condition. For example, some kidney conditions may cause your kidney function to become worse relatively quickly. However, in most cases, chronic kidney disease progresses only very slowly.

In short, the following can make a big difference to your outlook (prognosis): 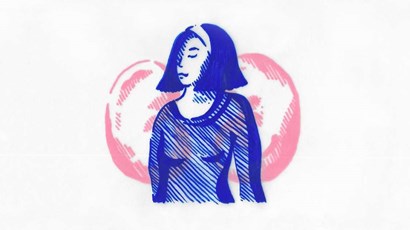 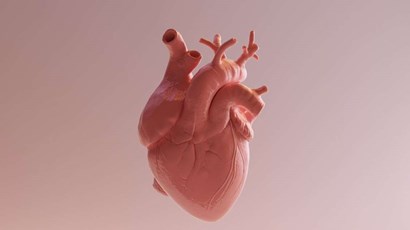 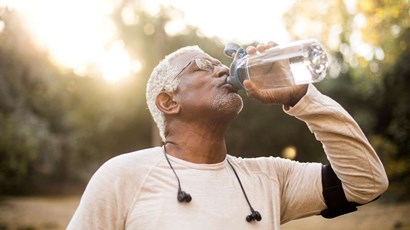 What do kidneys do? 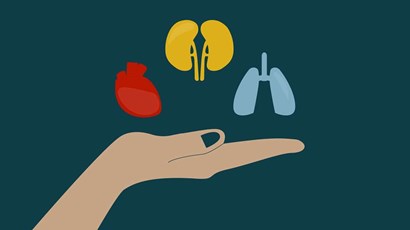 Im 40 years old, I had my blood/urine tests done today because I have had a lot of digestion problems (gas, bloat, constipation, burping) and and my GFR number is now 80. (It was 100 three years ago...