Up to 1 in 5 allergic people live in fear of death from a possible anaphylactic shock - a severe and often sudden allergic reaction that requires emergency medical attention. Thankfully, fatalities are rare, but if you or a loved one has a severe allergy, it's important to know the warning signs and what to do.

What is anaphylactic shock?

Anaphylactic shock - also known as anaphylaxis - is a severe allergic reaction that often comes on very suddenly and without warning.

According to Anaphylaxis UK1, the reaction "usually begins within minutes and rapidly progresses, but in some cases it can also occur up to 2-3 hours later". The UK charity warns that anaphylaxis is "potentially life-threatening, and always requires an immediate emergency response".

It's important to note that not all allergic reactions are considered to be anaphylaxis. Many people with allergies will never experience a reaction this extreme.

Nonetheless, the possibility of anaphylactic shock can be a great source of stress and anxiety in people's lives. For example, approximately 41% of parents who have children with diagnosed food allergies are thought to have higher stress levels2.

What are the symptoms of anaphylactic shock?

If you or someone you are with starts having an allergic reaction, look out for the 'ABC symptoms' (Airway, Breathing, Consciousness/Circulation) of an anaphylactic shock3.

These symptoms of anaphylaxis can rapidly become worse as a person's blood pressure drops.

Can anaphylactic shock kill you?

This is a life-threatening allergic reaction sometimes resulting in death. Fortunately, this outcome is rare - occurring in just one in a thousand of all cases4. In the UK, this roughly translates to around 20 deaths per year.

Deaths are more likely to occur if adrenaline auto-injectors (AAIs),often known as 'epi-pens', aren't administered in time. This happens more often when people don't carry this prescribed emergency treatment device with them when outside the house.

An anaphylactic shock may be triggered when you are exposed to something that you are allergic to (known as an allergen). During an allergic reaction, your immune system attacks this allergen as if it were a harmful substance.

Allergic reactions can range from very mild to severe, and an anaphylactic reaction falls into the latter category. Here, the immune system's overreaction disrupts essential bodily functions which cause symptoms such as difficulty breathing, a swollen tongue, and feeling faint.

Alcohol can cause a great level of discomfort if someone drinks it without being aware they have...

The 'shock' part of anaphylactic shock refers to the drop in blood pressure, which reduces the amount of blood delivered to the major organs. This happens when blood vessels leak fluid from the blood into surrounding tissues.

In around 20% of cases, no allergen trigger is identified (called idiopathic anaphylaxis)4. Currently, it's thought that many such reactions will be caused by 'hidden' food allergens that are hard to identify. If you experience idiopathic anaphylaxis, you may be referred to an allergy clinic where a specialist can try various allergy tests to shed light on which ingredients in your diet are the culprits.

What are the most common triggers for anaphylactic shock?

According to Anaphylaxis UK: "Anything can be an allergen, but the most common allergens that may trigger anaphylaxis are food, drugs, insects, or latex."

How to stop anaphylactic shock

If you believe someone you are with is experiencing anaphylactic shock, the first thing you should do is check if they are carrying an adrenaline auto-injector. If they have been diagnosed as at risk for anaphylaxis, then their doctor will have prescribed this injection device and instructed them to keep it with them at all times6.

The AAI is loaded with adrenaline (sometimes called epinephrine). A shot of this hormone can quickly open up the airways, reduce swelling, and raise blood pressure. The three main AAIs available in the UK are EpiPen, Jext, and Emerade, and all should be injected into the middle of the outer thigh (upper leg). This can be done through clothing if necessary7.

Use this device as soon as you can - the quicker it's administered, the more effective it can be. If you yourself have been prescribed an AAI, Anaphylaxis UK strongly recommends ordering a trainer device so that you can practise using it. Your doctor will provide training for you and for people who may be required to give you an injection - such as close family or school staff.

Anaphylactic shock is potentially life-threatening, and you must call 999 (if in the UK) and request an ambulance as soon as possible. Hospital treatments depend on the severity of the reaction. They include adrenaline injection, resuscitation, and allergy medicines (such as antihistamines and steroids).

How to prevent anaphylactic shock

Once you've identified the cause of your allergy, you may be able to prevent anaphylaxis by avoiding triggers. This means:

If you're allergic to certain medicines, there are usually alternatives a doctor can prescribe instead. 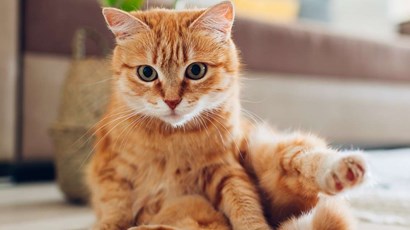 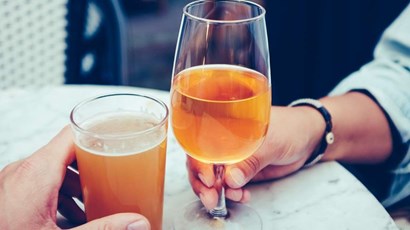 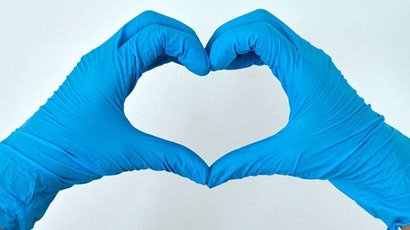 Very weird, don't know if its good or bad (i think its bad). Backstory: I used nasal spray for years when i was young which damaged my mucous membrane causing me to sneeze a lot (always several...