The medical name for breast is mammary gland. Each breast consists of tissue overlying the chest wall muscles (the pectoral muscles). In women, the breasts are composed principally of specialised tissue (glandular tissue) that produces milk. The remaining part is made up of fatty tissue. In humans, breast tissue begins to enlarge at puberty. This is unlike other primates, where breast tissue only enlarges during milk production.

Structure of the breast

The breast is composed of glandular structures called lobules. In women, the lobules are composed of specialised tissue which can produce milk during periods of lactation. The lobules themselves are organised into lobes. Each lobe contains 15-20 lobules. The space between the lobules is filled with fat cells and connective tissue (the support tissue of the body). Ligaments support the breasts and give them shape. Nerves running through the breasts provide sensation. Lymph vessels are responsible for the circulation of body fluid and drain into the lymph nodes. The lymph nodes draining the breast are located in the armpits and behind the breastbone. Blood vessels circulate blood through the tissues. The amount of fat in the breast is what determines its size.

The breasts do not contain muscle. They sit on top of the pectoral muscles that are part of the chest wall.

The male breast has a similar composition except the tissue making up the lobules has no capacity to produce milk.

In the fetus (the developing unborn baby) the breasts develop along the 'milk lines', tracts of tissue on either side of the body that run from the armpits to the groins. Extra nipples or even entire breasts can develop anywhere along these lines. Extra nipples are common but the presence of a whole additional breast is unusual.

What to expect during a breast screening

To help detect early breast cancers, all women in the UK aged 50 to their 71st birthday are invi...

How does lactation work

The lactating tissue of the lobules produces milk. Milk produced by each lobule travels through little tubes called ducts, which open out on to the nipple. The pigmented area of the nipple is called the areola. The areola also contains modified sweat glands called Montgomery's glands. Their purpose is to lubricate the breast during breastfeeding.

Some disorders of the breast

Breast pain is a common symptom that most women experience at least some time in their lives. The medical term for it is mastalgia. Most breast pain is cyclical - that is, it occurs on a monthly basis, usually just before a period. The breasts may feel swollen and lumpy around this time. It is thought that cyclical breast pain is caused by the breast tissue becoming extra sensitive to the normal hormone changes that occur around menstruation. There does not seem to be any disorder of the hormone system itself.

Pain that is not related to periods is called non-cyclical. It can be caused by a breast disorder (eg, infection or breastfeeding) or from a problem with the muscles or ribs beneath the breast. It may be worth keeping a diary to see whether your pain is cyclical or non-cyclical.

Cyclical pain may be helped by a good support bra, painkillers such as paracetamol, non-steroidal anti-inflammatory preparations to apply directly to the surface of the breast - such as ibuprofen or diclofenac - and hormone-blocking medicines such as danazol. Evening primrose oil used to be widely used but is no longer available on prescription, as there is little evidence for its use. However, some women have found it helpful and it can still be bought from a chemist.

Several medicines can cause cyclical breast pain, including hormones, antidepressants and treatments for high blood pressure. Check your medication and talk to your doctor if you think this is the problem.

The treatment of non-cyclical breast pain depends on the cause, although sometimes no cause is found. It may disappear without treatment after a few months. It is sometimes helped by non-steroidal anti-inflammatory medicines taken in tablet form or rubbed on to the skin.

Breast cancer usually causes a painless lump but this is not a golden rule. If you have any type of breast pain, it's best to get it checked out by your doctor. 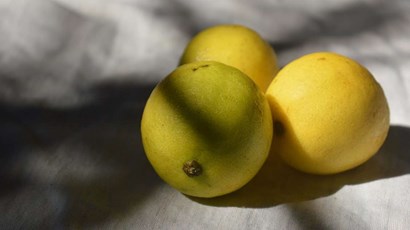 What to expect during a breast screening 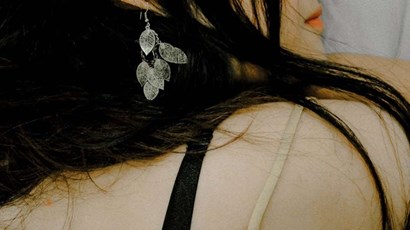 Is your bra harming your health? 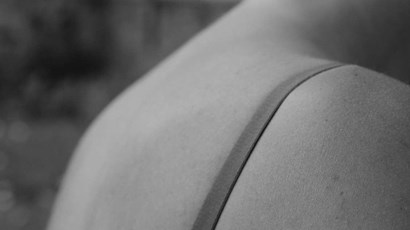 hiis my nipple normal?what are those i have circled? i have them for some time.