By far the most common cause of hair loss in men is male pattern baldness, otherwise known as androgenic alopecia. But is it becoming more common? And is there anything you can do to prevent it?

Men have been making the gradual transition from hirsute to hairless for centuries - Hippocrates's 'cure' for baldness reputedly comprised pigeon droppings, horseradish, cumin and nettles - but recent studies suggest that hair loss in men aged between 21 and 30 is now more common than ever.

The precise reasons for this remain opaque, although some experts believe it may be related to puberty occurring at a younger age, as children are, on average, heavier than in the past.

Some young men also have a tendency to 'bulk up' by eating high-protein diets including whey protein and creatine. Together with growth hormones in our food, this encourages an 'anabolic state', which is associated with higher levels of male hormones.

In some cases, baldness may be due to the increasing use of anabolic steroids - artificial testosterone injected in order to bulk up muscles - while another theory is that hair loss is more pervasive in modern men as a result of increased levels of testosterone produced through stress.

Rarer causes of hair loss include the autoimmune condition alopecia areata; telogen effluvium, or loss of hair caused by stress; malnutrition; iron deficiency; skin conditions of the scalp such as fungal infections, and various medications.

However, by far the most common cause of baldness is male pattern baldness, otherwise known as androgenic alopecia. Predominantly inherited from the maternal parent, it is caused by the effect of the male hormone dihydrotestosterone (DHT), derived from testosterone, on the hair follicles.

Male pattern baldness is most common in white men, affecting around 80% aged 70 or older.

DHT causes the follicles to become smaller over time, meaning each hair is thinner and falls out sooner. Eventually, the follicles can become so small that the hair doesn't even reach the skin surface.

These conditions aren't inevitable, of course, but guys, it makes sense to keep fit, maintain a healthy weight, avoid smoking and eat sensibly in order to mitigate the risks.

Is there a cure for hair loss?

GP Dr Clare Morrison points out, perhaps surprisingly, that far more women of all ages than men visit her surgery complaining about hair loss - despite it being considerably less common in females.

"I don't very often see young men complaining of hair loss, despite it being a common condition, as there seems to be a consensus among men that there isn't much that can be done about it," she says.

However, there is little clinical evidence to suggest that such treatments work.

"Some small studies suggest that low-level laser light and PRP may be of benefit but better trials are needed," says Dr Susan Holmes of the British Association of Dermatologists (BAD). "I think it is too early to tell regarding stem cell treatments. Hair transplants do work if patients are suitable and the grafted hairs take."

Transplants of the sort favoured by footballer Wayne Rooney work by transferring hair from another part of the body to the balding area.

However, they are also costly, ranging from £1,000 to £30,000 for the most comprehensive transplants, and results are not guaranteed. Such transplants are also generally better suited to older men or those whose hair loss has stabilised.

The most effective medication to take for male pattern baldness is finasteride. However, it is not available on the NHS for hair loss and can be expensive. In addition, common side effects include reduced libido and erectile problems.

"Finasteride blocks the production of DHT, and is effective not only for male pattern baldness, but also an enlarged prostate," says Dr Morrison. "It can take several months, sometimes up to a year, to see a result, and if the medication is stopped, the baldness will recur."

Another useful treatment is minoxidil, which is applied directly to the scalp and can be bought without a prescription.

"Minoxidil works by stimulating hair growth and by dilating the blood vessels in the scalp, allowing more oxygen, blood and nutrients to the hair follicles, which encourages the hair to grow," explains Morrison. "Results take eight to 16 weeks to show."

Contributing factors such as poor diet and health, stress and medication can also contribute to hair loss. With this in mind, what practical steps can men take to both prevent and halt the process?

Research suggests that an excess of nutritional supplements can make matters worse, that iron (and possibly zinc) deficiency is known to be connected to some types of hair loss, and that low intake of first-class protein in the diet may also play a role.

It makes sense to avoid foods that may be laced with growth hormones, so eat organic if possible, and avoid excessive whey protein.

Stress can contribute to hair loss generally, as can lack of nutrients, so try to relax, and eat a well-balanced diet including vitamins A, B, C, D and E, zinc, iron and omega 3.

I started going bald in my early twenties at a time when treatment was less available, and decided to take control of the situation by shaving my head, rather than trying to cover it up. It was liberating.

In fact, some studies even indicate that men with shaved heads are perceived to be more masculine and dominant. And if you don't believe me, just ask Bruce Willis, Dwayne Johnson or Jason Statham. 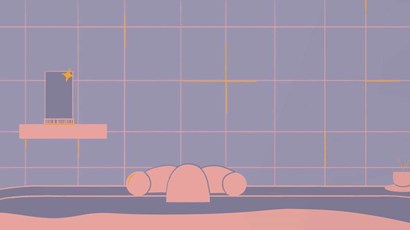 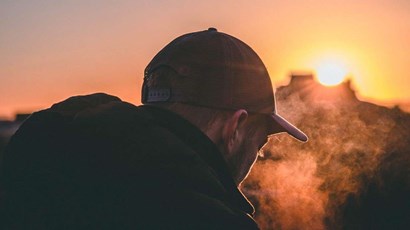 hi there im 17, and experiencing hair loss and bald patches i naturally have quite thick hair so to be losing so much so quickly has been a shock i do have bleached hair but have not bleached in a...