Can you get gallstones when you're young?

The simple answer is yes! Although gallstones are often seen as a condition that only affects those who are 'fair, fat and 40' the reality is you can get them at any time.

Thomas H. Lewis, an American surgeon, wrote for Brattleboro Memorial hospital saying ‘Patients showing symptoms of gallbladder disease are younger than they ever were before. Gallstones can appear in a person of any age, but the average age when they became a problem used to be when a person reached his or her forties, fifties or sixties. Now, patients with symptomatic gallstones tend to be in their thirties or forties. I’ve even had to remove gallbladders from teenagers. Something is going on.’

I should know, it happened to me

When I was at university I was diagnosed with gallstones, luckily for me my diagnosis was prompt. Unfortunately, though, people showing symptoms of gallstones but without matching the ‘fair, fat and 40’ stereotype are often misdiagnosed.

Georgia was in her early 20’s when she first started getting symptoms...

"I had been suffering with terrible stomach pains that occurred every couple of weeks or so as a very painful attack. I had visited my doctor’s surgery on several occasions, and they felt that the symptoms, along with my age and weight (being under 30 and fairly slim) indicated that I probably had a stomach ulcer. After six months of stomach ulcer treatment, I was finally given an ultrasound scan, and it was confirmed that gallstones had been causing me such problems."

Risk factor – being a woman

What doesn’t seem to be highlighted to the public is that women are at a significantly higher risk of developing this condition. A study found that women across the globe are twice as likely to develop gallstones as men. This is because gallstones are usually formed from cholesterol in bile (the fluid made by the liver and stored in the gall bladder). The female hormone oestrogen has been found to increase the amount of cholesterol in bile. Higher levels of cholesterol also potentially reduce the movement of the gallbladder, another reason for the formation of gallstones.

During fertile years, women have higher levels of oestrogen, particularly during pregnancy and when taking an oestrogen based contraceptive. Girls are also more likely to skip breakfast, which  has been found to encourage gallstone formation.

I took an oestrogen based contraceptive pill for 7 years prior to my diagnosis but was never warned of gallstones as a potential side effect and (to be honest) even if I had, I probably wouldn’t have thought much of it.

The awareness of the risk factors and symptoms for gallstones needs to be better, particularly for women who have the ability to mitigate those risks.

What can young people do to reduce risk of developing gallstones?

When trying to lose weight, people often skip meals and or cut down on their fat intake. This reduces the use and therefore movement of the gall bladder and this in turn increases the chance of stones developing.

For example, a study found that girls with gallstones were more likely to skip breakfast, creating a longer fasting period between the evening meal and their next meal the following day.

Maintain a healthy weight and if trying to lose weight, do it slowly

Although being a healthy weight reduces your risk of developing gallstones, rapid weight loss can increase the risk.

When weight is lost, fat cells reduce in size and hormones (including cholesterol) are released from them. Sudden weight loss also triggers the liver to create more cholesterol, and all these factors can lead to a build-up and development of stones.

In the UK we tend not to consume the recommended 18g of fibre per day, and low fibre intake along with a high intake of fat and refined carbohydrates have been found to increase your risk. Make sure you opt for plenty of wholegrains and avoid high fat, over processed foods.

Check your family history before choosing a oestrogen based contraceptive pill

There is evidence to show that genetics play a big part in your likelihood of developing gall stones. If you find that  gall stones run in your family it may be worth looking at another method of contraception than the contraceptive pill. 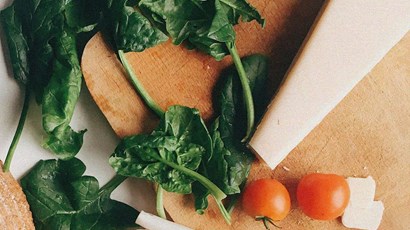 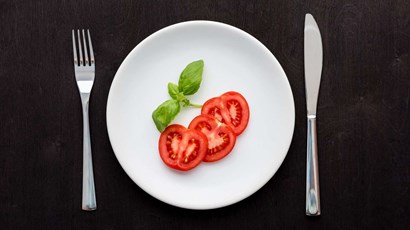 I had my gallbladder removal March 8th of this year and didn't eat anything 3 days after. On the 4 day was able to get down a few crackers. That was for 3 days. Now 2 days later, nothing. ... I do...