By now, hopefully everyone knows about the key symptoms of coronavirus - fever about 37.8°C, new, continuous cough and loss of (or new change to) your sense of smell and/or taste. But there's still much confusion about how quickly symptoms develop after exposure to the virus and what you can expect if you do become infected.

Let's start with a disclaimer - it may feel as if COVID-19 has been around for ever, but this is still a relatively new disease and evidence is changing at speed. And as countries around the world see more cases and manage the pandemic in their own ways, lessons are being learnt.

In the first weeks after a country is affected or a new wave of cases occurs, there is usually adequate hospital and Intensive Care Unit (ICU) capacity. But as health services are overwhelmed, patients who would previously have been admitted to hospital for observation are cared for at home; patients who might previously have been ventilated in ICU are kept on hospital wards, with less invasive methods of breathing support such as continuous positive airways pressure (CPAP) to keep them going; and ventilation on ICU is reserved for the sickest of the sick.

In fact, since the first wave of the pandemic, it has become clear that outcomes for most patients are better if mechanical ventilation can be avoided. A move by hospitals to nurse patients 'prone' (lying on their fronts) as much as possible, and to delay mechanical ventilation where feasible, has been at least in part credited with the improved survival rates seen since the first wave.

All these variables make it impossible to offer completely accurate predictions of average time to hospital admission, or average time before ICU recovery. The figures in this article are based largely on a report by the World Health Organization of the Chinese experience. Some reflect the experience of other European countries.

The timeline below gives approximate/average dates. They are designed for guidance - please do not rely on them. They are not a substitute for seeking help about your individual symptoms.

Incubation - how long before symptoms start?

However, one study has looked at confirmed cases from 50 provinces, regions and countries outside Wuhan, where it was possible to identify a single source of infection. They found that:

A World Health Organization report based on 56,000 confirmed cases revealed the most common symptoms to be:

New data from the Office for National Statistics look at the frequency of symptoms reported by people in the UK since late 2020. They show that with the 'new' Kent variant, which is now the most common strain in the UK, some symptoms are slightly more common and some slightly less common than with the original variant. These include:

Similar frequency with both strains:

There does not appear to be any particular pattern in the order of symptom development. Some people will start with a cough; others will develop fever, with cough arriving only a few days later. Among my patients, exhaustion and aching all over appear to be common early signs.

Despite restrictions easing on 19th July, we are not out of the woods yet. With coronavirus case...

How and when do symptoms progress?

If you have mild disease, fever is likely to settle within a few days and you are likely to feel significantly better after a week - the minimum time at which you can leave self-isolation is ten days.

You may continue coughing for a couple of weeks - while you should be very careful to maintain social distancing, as everyone should, you don't need to stay in isolation just because your cough has not completely resolved. If you're well in other respects, your likelihood of infecting others at this stage is low.

Loss of sense of smell can also persist - in many patients this has continued for several months. However, persistence of a loss of or change to your sense of smell or taste is not a reason to continue to self-isolate if your other symptoms have settled. If you still have a fever after ten days, you must stay in self-isolation.

In people with more severe infection, shortness of breath is likely to become more marked 7-10 days after they develop symptoms. This occurs because the infection takes hold deep in your lungs, leading to inflammation which prevents efficient transfer of oxygen from your lungs to your bloodstream. Symptoms can develop rapidly (in hours) and worsen in minutes.

Even if you have completed the form before and been advised you do not need medical help, you need to call 999 if:

You need to call 111 and speak with a nurse if:

The final outcome - how likely am I to die?

It's important to remember that even if you are ill enough to need hospital admission, most people are much more likely to recover than to die.

At the start of the pandemic, the UK was very poor at providing COVID-19 testing - in fact, people were only tested for COVID-19 if they were ill enough to require hospital admission. Therefore, the 'case fatality rate' - the proportion of people diagnosed with COVID-19 who died as a result of their infection - was very high.

In fact, fewer than 10 children under 14 have died from COVID-19 in the UK during the entire pandemic, and the average age at death is over 80, with more than 90% of deaths among the over 65s.

While the NHS Test and Trace system has been beset by problems, it does by now have capacity to test the vast majority of people who develop symptoms. By the beginning of August 2020 the REACT study - a nationwide surveillance study - found antibody evidence suggesting 6% of people in England (about 3.3 million) had been infected since the pandemic began. At this stage, about 47,000 people (1 in 1,170 of the population) had died from it.

A 'model-based analysis' of the widely varying statistics on death rates for coronavirus, based on figures from 37 countries, suggests that even among people with more severe disease, the 'case fatality' ratio (the proportion of people with confirmed disease who died) is about 1.4% - about 1 in 300 among people under 60, 1 in 15 among all over-60s and 1 in 7 among over-80s.

Another paper backs up the idea that your risk of dying, even if you end up in hospital, depends largely on your age. While a significant number of people needing ICU treatment will not recover, recovery rates for people who do not need ventilation are good.

How worried should I be?

The great majority of people with coronavirus will have mild or moderate disease and will make a full recovery within 2-4 weeks. But even if you are young and healthy - meaning your risk of severe disease is low - it is not non-existent. And a significant proportion of people who do recover are left with debilitating long-term symptoms - so-called 'long covid'.

We ALL need to play our part in reducing the spread of coronavirus by following government rules.

If you develop symptoms: 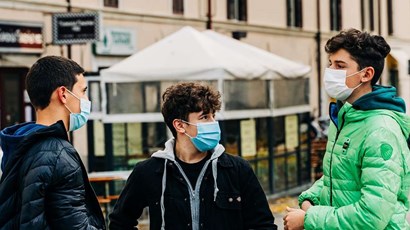 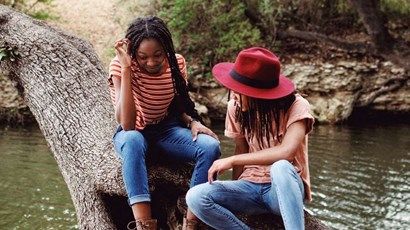 Should children get the COVID-19 vaccine? 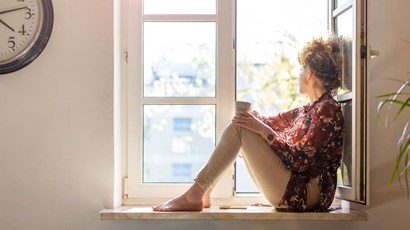 How to hang on to a lockdown lifestyle

I caught covid from my daughter whilst isolating. I have had both Astrazeneca Vaccines, my 2nd one was a couple of months ago in May. I am obese but otherwise healthy. My Covid symptons have not been...