A YouGov poll commissioned by charity Autistica revealed a wide lack of understanding and knowledge about autism across the UK. Key findings show that nearly 30% of adults in Britain are unsure whether autism can be cured, and over a third (35%) believe it to be a learning disability.

Around one million people in the UK are autistic, although not all have received official diagnoses. Autism affects the way people communicate and experience the world and every autistic person is different. Some autistic people can live and work on their own without the need for support, whereas others may have learning disability and other co-occurring conditions that need different levels of care and support.

The lack of a widespread understanding of autism can make the difficulties autistic people face worse, leading to further exclusion of autistic people across society, including in healthcare.

Therefore, it is vital we educate ourselves on the reality of autism and dispel any mistruths.

Despite increased awareness of the condition, there continue to be gaps in understanding the reality of autism.

Autistica's research highlights that over 2 in 5 adults in Britain (46%) think "we are all somewhere on the autism spectrum," a belief they say can sometimes minimise the very real challenges autistic people face.

Autism myth: Autism has a "cause"

Autism fact: There is no single "cause" or genetic factor that leads to autism

Autistica's research revealed that 31% of people don't know it's a condition you're born with.

Autistic characteristics can present in early childhood (it can be detected and diagnosed as young as nine months of age, or in transitions during childhood and adolescence). However, many people only receive a diagnosis in adulthood.

Delays in being diagnosed can be because someone has mastered the art of "masking" autistic traits and behaviours to fit into a neurotypical (non-autistic) world.

Plus, there aren't as many diagnostic services for autistic adults, and services can have long waiting lists.

Autism myth: Everyone with autism has the same issues

Autism fact: We don't classify autism as "mild" or "severe"

In the 1980s, there was no differentiation between people's varying symptoms of autism. Autistic people were not expected to succeed in school, make friends, or get jobs.

In 1944, a condition called Asperger's syndrome was described. Doctors at the time believed that this was a distinct condition which had many features of autism but in 'mild' form. Some doctors used the term "high-functioning autism to describe people with Asperger's. However, today many people who might previously have been identified as having Asperger's are being diagnosed with autistic spectrum disorder instead. The founders of Perfectly Autistic highlight that autism is a spectrum and everyone on it is different.

People with Asperger's syndrome feel, hear and see the world differently to neurotypical people. While they don't have the learning difficulties or the same issues with speech experienced by many autistic people, they can still have significant challenges in some areas.

Autism myth: Girls are not autistic

Autism fact: Anyone of any gender can be autistic

The first cases of autism were described in the 1940s, and the ratio of recorded rates in boys in comparison to girls has remained the same since then.

However, Perfectly Autistic says the misconception that girls are not autistic can derive from girls simply being better at masking. For instance, girls may be more likely to try to hide the fact that they are autistic to fit in with the world around them.

"Often this is done subconsciously. It means that someone can go undiagnosed as they don't show the stereotypical traits that the medical professional might be looking for. Masking can also lead to someone being misdiagnosed with other conditions, including bipolar disorder and borderline personality disorder."

There can be a link between autism and gender dysphoria, where someone experiences discomfort or distress when their assigned sex is different from the gender they identify with.

The National Autistic Society says there is some evidence to show that autistic people may be more likely than other people to have gender dysphoria. However, there is little evidence about the reason(s) why this might be.

Therefore, they say more research is needed to better understand the connection between autism and gender dysphoria. They would also like to see more reliable assessment tools, support and treatment for autistic people experiencing gender dysphoria.

Autism fact: Autistic people can form connections with others

There is a persistent stereotype that autistic people are incapable of feeling. However, this notion is wrong. The case simply might be that an autistic person expresses their emotions in a different way, and in a way that someone without the condition might not pick up on.

Ifigeneia Mourelatou is an autism practitioner at Re: Cognition Health, and she explains that all autistic individuals differ from one another just as neurotypical individuals do.

However, there are autistic individuals who care a lot about their friends and wish to have a life partner. Some autistic people can even display excessive empathy at times.

Emotions can be difficult for autistic people. In fact, the overlap between autism and alexithymia (a broad term used to describe problems with understanding and identifying one's own emotions) is still being researched.

According to Scientific American's studies, people with high levels of alexithymia might suspect they are experiencing an emotion but are unsure which emotion it is. For example, someone could suspect they are sad or angry, but might just be overheating.

Additionally, autism comes in all IQ levels, meaning an autistic individual can be of below-average IQ, average IQ, or above-average IQ.

Autism myth: Autism is something to cure

Currently, autism cannot be cured. However, early intervention can allow for appropriate treatment, giving children with autism the best chance at having a high quality of life. This can include helping autistic children remain independent and in mainstream school where appropriate.

"Autism is a neurological condition that you are born with. You can’t grow out of it, but some people do find ways to cope and manage their autism,"adds Perfectly Autistic.

Mourelatou also stresses that, since autistic people are often misunderstood due to their different ways of interacting and communicating, this can cause others to view them as someone to "fix".

"We must collectively try to create a society that accepts and embraces differences in people and allows for policies and services to be designed in a more autism-friendly manner. This can help improve the lives of autistic people. In addition, society has a lot to gain by embracing neurodiversity.

She adds that some autistic individuals can perform way above average when paired with jobs that allow them to practise their special interests.

Owning a pet can offer a multitude of well-being benefits, especially for families with autisti...

Why is education around autism important?

1 in 100 people are on the autism spectrum and there are around 700,000 people with autism in the UK. So, there is a strong chance that you have met an autistic person at some point in your life, perhaps without realising it.

Becoming more educated on autism and the traits it can be associated with can contribute to making the world a more neurodiverse-friendly place.

Part of this also means dismantling inaccurate portrayals of autistic people in the media, which can feed into stereotypes. Perfectly Autistic gives the character of Rain Man as an example.

Others might be fearful of saying the wrong thing to an autistic person, so having open conversations can remove the fear and dismantle these misconceptions.

Dr James Cusack is CEO of Autistica and often discusses his own experience with autism. Dr Cusack says he has received many remarks about being autistic throughout his life. He explains that people have often been surprised he is able to do things like drive a car, live alone or even get married.

"We're all different, aren't we? My way of showing empathy can be different to how my girlfriend will show empathy. It's about being open-minded and understanding that autistic thought processes are different to neurotypical," adds Alexander Blake, an autism support worker. 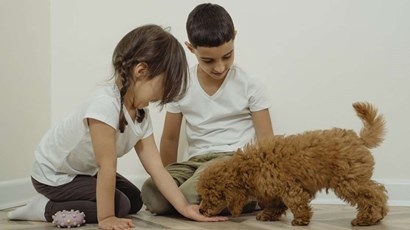 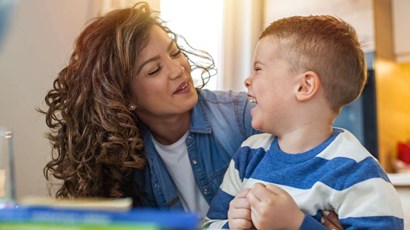 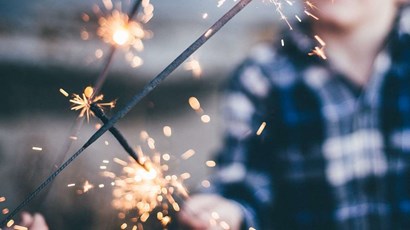 How to help your autistic child cope with Bonfire Night

Hello. I am wondering what the most common signs are for someone who is on the autism spectrum. Especially a teenager. I have a really hard time finding any information on that. Thank you.