How to lower your BMI and lose weight healthily

We all know that people who are carrying around a lot of extra weight increase their risks of many diseases, including type 2 diabetes, heart disease, osteoarthritis and cancer. But how do you lower your BMI and lose weight healthily?

What is body mass index (BMI)?

Because people naturally come in different shapes and sizes, there is a range of weight which is believed to be healthy. Body mass index (BMI) is calculated by dividing your weight in kilograms by your height in metres, squared.

Put your measurements into our BMI Calculator to find out what your BMI is.

A healthy BMI is between 18.5 and 25. A BMI between 25 and 30 is classed as overweight and the increase in risk is moderate. A BMI over 30 means you are obese, and should definitely lose weight to lower your BMI.

Some people naturally have a larger frame than others; they may be taller, or you may be able to see that their bones are larger than average by the size of their head, or their wrists or ankles. But this causes quite a small variation in weight and is accounted for in the range of healthy BMI. There is really no such thing as someone who is big-boned.

What is waist-to-hip ratio?

Waist-to-hip ratio is another way of finding out if losing weight would reduce your risk of serious illness. Measure the waist around the narrowest part, or an inch above the belly button. Measure your hips around the widest part of your bottom.

Abdominal obesity is defined as a waist-to-hip ratio of above 0.9 for men and above 0.85 for women. A study found that the risk of heart disease is higher in people who are more apple-shaped (carrying more weight around their middle) than in those who are more pear-shaped (bigger around the hips).

Percentage of body fat is also sometimes used. This can be estimated by measuring the skinfold thickness at certain points on the body with special calipers. But it has not been shown to be a useful predictor of disease risk.

How much weight should I lose?

If your BMI is under 25, you may want to lose some weight, but you must be aware that being underweight (BMI under 18.5) carries health risks too. Ideally, you should aim to reduce your BMI to under 25 if it's currently over that. But if you are very overweight then setting a target of a BMI under 25 may seem unachievable.

Losing 10% of your body weight may be easier for you to think of. For example if you weighed 100 kg (15 stone 10 pounds) and you lost 10 kg, that would definitely benefit your health. You would find it easier to exercise and you would reduce your risk of serious illness. Even a 5% weight reduction produces measurable health benefits in terms of your risk of developing type 2 diabetes and heart disease.

Every small amount of weight you lose is a step in the right direction. Those who lose weight slowly and steadily are generally more likely to keep it off.

Which diet will help me lose weight?

There are lots of different ways of changing your eating to lose weight.

Some people manage it by simply reducing portion sizes and cutting down on treats and more unhealthy foods such as biscuits and cakes.

Many people find it easier to follow a plan which will tell them what to eat. There are lots of different weight management plans that you can find in magazines or online, or which are recommended by different weight loss organisations. There are several popular types of diet plans, but they tend to fall into the following categories:

For a long time, eating a low-fat diet was the most popular weight loss plan. It is based on the idea that eating fat will make you fat. This makes sense because one gram of fat contains twice as many calories as one gram of sugar or protein. So if you reduce the fat, you can still eat enough food to make you feel full, but you will be consuming fewer calories.

Low-fat diets, which include the plans suggested by popular slimming organisations such as Weight Watchers, Slimming World and Rosemary Conley, encourage people to eat plenty of fruits and vegetables, as these tend to be low in fat, and to try to eat lower-fat meat such as chicken, along with plenty of complex carbohydrates such as brown rice or pasta, which will help you not to feel hungry.

However, some people find these kinds of healthy eating plans hard to stick to, and there are some people for whom it just doesn't seem to work.

In these weight loss plans, fat is not limited, but carbohydrates are. Not just sugar, which is a simple carbohydrate, but starchy foods, such as bread, pasta, rice and potatoes, known as complex carbohydrates. The most well known low-carb diets are the Atkins diet and the Dukan diet, but reducing carbs has become very popular, and there are lots of recipes, books and websites for those who want to eat low-carb.

Low-carb diets work on the principle that eating carbohydrates triggers a rise in blood sugar which leads to a rise in insulin. The insulin can lead to the carbohydrates being converted into fat. A low-carb diet does not cause this insulin rise and a very low-carb diet can push the body into a state called ketosis. Fat is converted into energy for the body to use and thus ketosis causes weight loss. However, inducing a state of ketosis can cause weakness, bowel disturbance and bad breath.

When low-carb diets first became popular some years ago there were concerns that the high protein and fat levels in the diet might adversely affect the kidneys and liver, and raise cholesterol levels. Studies done so far have not provided clear answers to these concerns, so it is likely that the effects, if any, are not very large.

Intermittent fasting diets, such as the 5:2 diet, have become very popular in recent years. On these diet plans, you eat a normal balanced diet on five days of the week, and then have a very small intake on the other two days, of perhaps 500 kcal per day.

This is thought to work in a similar way to a low-carb diet, by reducing insulin secretion.

Lots of people find fasting very difficult, and worry that they will feel faint if they don't eat, but the people who recommend this kind of diet often find that it makes them feel better, not worse.

Some companies market meal replacement foods which are calorie counted to help you lose weight. SlimFast® and Celebrity Slim® are sold over the counter in the supermarket or chemist, whereas LighterLife® sell meal replacements in conjunction with a support group offering lifestyle advice.

The advantages of a programme like this are that you don't have to think about what you will eat or what nutrients are in it; you just have the meal replacements as instructed. Usually you will eat one normal meal a day, perhaps in the evening, and have a shake or a bar for breakfast and lunch.

Some people find that a meal replacement bar or shake is not as satisfying as real food, so they may be tempted to top up with other foods. Another criticism of these plans is that they do not help you to make changes to a more healthy diet for the future.

Can I be fat and fit?

Becoming more physically active will help you in losing weight. Even a small increase in activity, such as taking the stairs rather than the lift, or having a daily walk, will help. For it to help your fitness, it needs to be in 'bursts' of 10 minutes at a time of aerobic exercise that gets your heart pumping faster, such as brisk walking. Just 10 minutes a day of this will help.

Many people do much higher levels of exercise, such as workouts at the gym, running or cycling. Almost everyone will benefit from doing regular vigorous exercise of this type, and there are benefits for the heart and lungs as well as for emotional well-being.

However, a study published early in 2017 found that those who exercise but are still obese do have a higher rate of heart disease than those who are not overweight. This fits in with the results of a study published in 2016, which found that the benefits of exercise were reduced in obese individuals and that early death was more likely in fit obese people than in unfit normal weight people. So it seems that it is important to lose weight as well as exercising. 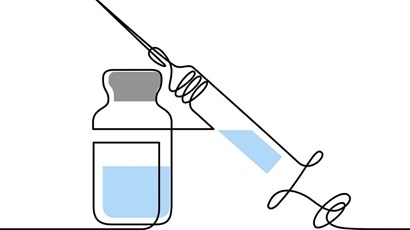 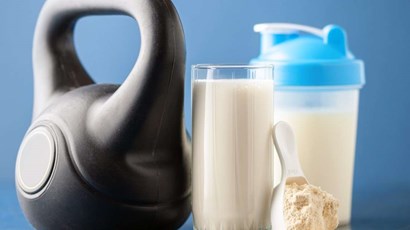 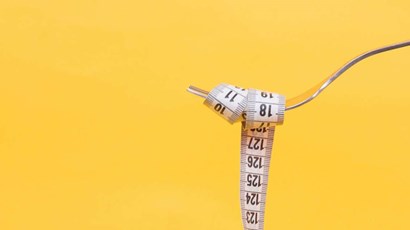 Notes on How to lower your BMI and lose weight healthily
Share
https://patient.info/news-and-features/how-to-lose-weight-in-a-healthy-way
Copy link Copied