Pregnancy acne: why it happens and how to treat it

We all know the stereotype of the radiant expectant mother, with her glowing, picture-perfect, clear skin, but the reality of unpredictable pregnancy hormones can be somewhat different.

For women affected by adult acne, not knowing how their skin will react - or how to keep it under control without many of the most commonly prescribed treatments - may be a concern during pregnancy or when planning to conceive. But there are a number of safe options to keep pregnancy acne at bay.

According to dermatologist Dr Anjali Mahto of the British Association of Dermatologists (BAD): "Acne during pregnancy is surprisingly common and, for many, tends to occur during the first and possibly second trimester."

It's triggered by surges of the hormone progesterone, which increases oil production, and she adds: "Dermatologists have noted that pregnant women with acne may be more self-conscious of the change in appearance pregnancy can bring."

For some women, deciding to start a family may mean coming off a combined oral contraceptive pill that's been calming their acne down for years. While this can be a daunting step, dermatologist Dr Sweta Rai of the BAD says: "There really shouldn't be any fear of coming off the pill, or that you won't have any options. Usually, when people are using the oral contraceptive pill to calm down their acne, it's often for mild-to-moderate acne, if that. So yes, pregnancy acne can get worse, but you do have other options available to you."

When it comes to how pregnancy will impact on your skin, the sad truth is that it really depends.

"Pregnancy can have a dual effect, depending on your skin type and your hormone levels during pregnancy," Rai explains. "Hormones definitely have an effect on your skin and your hair - often pregnant women do notice a glow and an improvement in their hair - so hormonal influences definitely exist in pregnancy, but it depends on your balance of hormones, which is an individual thing."

It all boils down to the balance between oestrogen and progesterone, which changes cyclically at different phases throughout your pregnancy.

"Some women are more sensitive to that balance, so everyone responds differently," Rai says. "For the majority of women, especially if their acne is mild, I do tend to see it improve during pregnancy, but some people's acne does get worse. There's certainly no guarantee, so don't get pregnant just to improve your skin!"

What does vitamin C serum do?

A good quality vitamin C serum can be a great addition to your skincare routine, but with so man...

What not to use for pregnancy acne

First up, it's important to be clear on which acne medications and treatments are absolutely off the table during pregnancy and around conception.

"You must not use treatments such as retinoids (oral or topical), spironolactone, and certain antibiotics during pregnancy, due to a link with birth defects," says Mahto.

Sadly, she adds: "It is more tricky to say what is safe to use during pregnancy, as researchers don't carry out studies on pregnant women. Much of our data therefore comes from animal studies."

As a result, Mahto says: "Most acne treatments during pregnancy should be thought of as 'holding measures'. In an ideal world, if you suffer with troublesome acne it should be treated before conception if pregnancy is on your radar. Of course, this may not always be entirely possible!"

For women who do struggle with acne during their pregnancy, Rai says: "The mainstay is topical treatments. You've got a whole range of over-the-counter face washes, topical antibiotics, and other creams that you can use."

If in doubt, check the quantities of ingredients like salicylic acid, glycolic acid, lactic acid, and benzoyl peroxide on the packaging.

Over-the-counter alpha hydroxy acids (AHAs) such as glycolic and lactic acid are generally considered safe to use in skincare products, she adds, but high concentrations like those found in chemical peels should be avoided. Likewise, topical benzoyl peroxide is considered safe in concentrations of up to 5%, used in small amounts.

Another good topical option during pregnancy, Mahto says, is topical azelaic acid, which has anti-inflammatory effects and can reduce pigmentation, which is often associated with pregnancy. It can be obtained over the counter in strengths of 10%, or on prescription - Finacea (15%) and Skinoren (20%).

Finally, Rai says, there are also a whole range of low-level light-based treatments for pregnancy acne which women can explore, and certain antibiotics that are known to be safe to a developing fetus.

"The safest antibiotics we use in pregnancy are erythromycin, taken orally, and topical antibiotics such as clindamycin," she explains. "These can be used in combination with topical treatments like benzoyl peroxide, salicylic acid, or lactic acid - but not vitamin A preparations (retinoids), which we would always avoid during pregnancy." 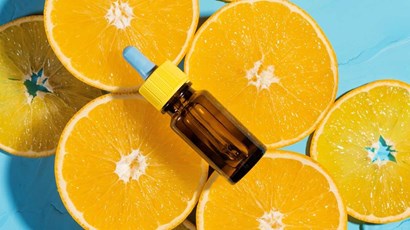 What does vitamin C serum do? 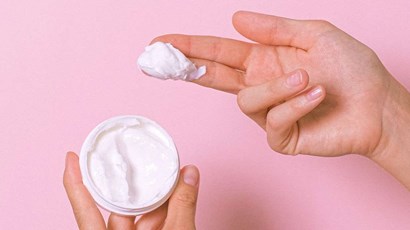 The scar cream ingredients to look out for 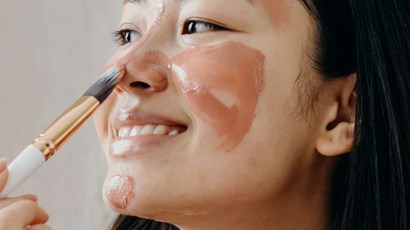 What does it mean to exfoliate, and why should you?

i have had these on my face and on my body , thinking it was a pimple i popped it. what is it?:(

Notes on Pregnancy acne: here's what you can do about it
Share
https://patient.info/news-and-features/how-to-tackle-acne-during-pregnancy
Copy link Copied