How your diet can help prevent type 2 diabetes

You've been given a prediabetes diagnosis, or have been identified as being at risk of  type 2 diabetes - what can you do immediately to prevent type 2 diabetes?

The number of people being diagnosed with prediabetes is on the rise and, although distressing, it should be seen as a last chance opportunity to make a U-turn and undo any damage.

To understand the changes you need to make to do this, you first need to understand what is actually going on inside your body.

Our body's cells are fuelled by the food we eat. In order for the cells to access this fuel, our food has to be broken down into sugars called glucose. Once in this form it can be transferred into our blood. To get the glucose from the blood into our cells, a hormone called insulin has to effectively unlock the cells and let it in.

A person is described as having diabetes when their body struggles to get the glucose from the blood into cells. This is because either the body is not making enough insulin or there is enough but it isn't able to 'unlock' the cell and let the glucose in - so-called insulin resistance. This means that the sugar stays in the blood, causing high blood sugar. In type 1 diabetes, the body doesn't produce any insulin at all. Type 2 diabetes is usually due to a combination of insulin resistance and lack of insulin.

Someone with prediabetes has a higher than normal level of sugar in the blood, which indicates that the body is starting to struggle to manage glucose but, crucially, not to the point of no return.

By altering your diet you can relieve the pressure on the body and allow it to heal.

You are at increased risk of being diagnosed with prediabetes and type 2 diabetes if you:

As diabetes is not always caught in the early stages, if you have some or all of these risk factors, and especially if you also have any of the symptoms of type 2 diabetes, it's worth visiting your doctor.

You have a diagnosis of prediabetes, what now?

The power is in your hands: you have a chance to make some lifestyle changes which have the potential to reverse the damage and minimise your risk of developing full-blown diabetes.

There are four small, but significant, dietary changes which can help to reduce the main modifiable risk factor for type 2 diabetes: being overweight (or obese).

The following changes can help you to lose weight whilst also supporting your body internally to manage blood sugar better.

Fibre is beneficial to the body in many ways, so try to eat more of it!

For example, it helps to slow the release of sugar from food into the bloodstream. This means that there is less sugar in the blood at one given time for insulin to have to deal with. Fibre also helps us to feel fuller for longer which may reduce our temptation to snack on a sweet treat later on, causing a blood sugar peak.

There are two types of fibre that we can get from food: soluble and insoluble. The best form to help slow the release of sugar into the blood is soluble fibre. This is found in foods like beans, pulses, nuts, seeds, fruit and vegetables. The recommended daily intake of fibre is 18 g per day, so check packets for how much fibre the food has per portion. A high-fibre food would contain 6 g or more per 100 g.

With obesity being one of the risk factors for type 2 diabetes, being a healthy weight is fundamental to reducing your risk. Often the cause of obesity is not just what people are eating but how much of it they are eating.

With plate sizes and portions in restaurants ever increasing, it can be difficult to know what the right portion size is for you. A tip is to use your hands as a guide for portion sizes for different food groups:

Make your body work for it

The body does not need to work as hard when digesting refined and processed foods because a proportion of the work has been done before it is even consumed. This can result in quicker and bigger releases of sugar into the bloodstream.

Instead opt for foods which are as close to their natural state as possible - for example:

Carbohydrate-rich foods demand the most insulin when compared to other food groups. Therefore swapping some of the carbohydrates in your meals for low-carbohydrate vegetables (like leafy greens), healthy fats or proteins will reduce the demand for insulin immediately after eating.

A US study highlighting the benefits of these dietary changes is legendary among diabetes doctors. The investigation compared the effectiveness of taking a blood sugar-lowering drug, metformin, with intensive dietary and lifestyle changes including increasing fibre and reducing weight. After nearly three years the lifestyle group had a 58% reduction in the progression to type 2 diabetes. By contrast, metformin reduced progression by only 31% compared to a third group who carried on as normal. Anu is living testament to the fact that with a bit of determination it is possible to change your fortune.

"Whilst I was shocked by the diagnosis I also realised the reason for it - the busyness of life had caught up with me. I realised I had to make changes and that included eating sensibly and regularly. My dietary changes, together with exercise, have now become part of my life. Eating healthily requires just a little planning and thought (and it doesn't mean you can't have the forbidden foods occasionally) but that is just part of being kind to yourself." 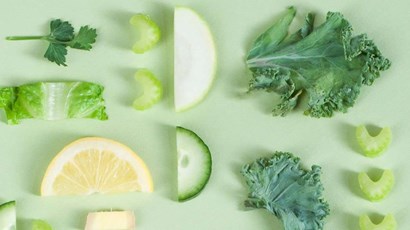 What is metabolic syndrome?

I am creating this thread in the hope it can be a place of hope and support for those with diabetes insipidus (or health issues that mimick this condition) and also possibly provide information to...