Do diet pills really work – and are they safe?

Every doctor knows that losing weight and keeping weight off in the long term are hard work, and a lifelong battle for some. Hardly surprising, with such a big potential market, that 'miracle' slimming tablets and teas are so widely advertised. But do they work - and are they safe?

Have you ever worried about your weight? Or wished you had a magic wand which would let you wake up tomorrow with the waist you had when you were a teenager? If so, you're in good company.

Obesity is a huge (pardon the pun!) problem in the UK. Almost seven in 10 men and six in 10 women weigh more than the ideal range - you can find out what that means below. We're also getting fatter at a scary rate - the proportion of UK adults who are obese has doubled to one in four in the last 20 years.

How do doctors define being overweight?

Doctors use a formula of your weight and height to work out your body mass index, or BMI. A BMI of 18.5-25 is ideal; 25-30 is overweight; 30-40 is obese and over 40 is 'morbidly obese'. Your practice nurse can tell you what your BMI is. The higher your BMI is (above the ideal), the greater the risks to your health.

I've lost count of the number of patients who take the news that they're in the overweight or obese range with a cynical shrug. "I've heard BMI isn't accurate - apparently almost every Olympic athlete would be overweight if you measured their BMI." Well, yes - but that's because the average Olympic athlete or international rugby player has a much higher-than-average ratio of muscle to fat, and muscle is denser than fat. The average Brit doesn't have that excuse.

Nonetheless, there are some occasions where other measures are more accurate than the traditional BMI - you can find out more from our notes about the limits of BMI as a measuring tool.

Many of us start the year with a grand plan to reinvent ourselves, vowing to eat better, hit the...

Does being overweight matter?

Sadly, there's no getting away from the risks to your health of being overweight. As well as increasing your risk of heart disease and type 2 diabetes, obesity raises your chances of arthritis and cancer.

It's natural to make excuses about your weight - to yourself and to others. One of the most common ones in my surgery is: 'I've got heavy bones.' Just last week I was testing out a state-of-the-art body analysis machine - just 5% of my weight comes from my bones!

'Glandular' or hormonal problems like an underactive thyroid gland can cause weight gain, but only about one in 100 overweight people have a hormonal problem to account for it. Some medicines, including steroids, can make you more prone to weight gain. Sadly, the risks to your health are the same regardless of the cause, so it's still important to tackle it.

A medicine called orlistat is available on prescription. You can buy the same drug from your pharmacist, where it's sold as Alli. This medicine acts by reducing the amount of fat your body absorbs from your food (by just under a third). Overall, it has a good safety profile - the obvious side-effect is that if you eat a very fatty meal and it isn't all absorbed from your bowel, the rest is going to go straight through you.

Orlistat certainly isn't an alternative to reducing the calories you eat and increasing the calories you burn with exercise. Some, but not all, people lose 10% or more of their body weight in six months while taking it. But you won't lose weight - and you certainly won't keep the weight off - if you just 'take the tablets'.

What about 'herbal remedies'?

Newspapers seem to be full of adverts for slimming teas, capsules, powders and potions. And social media's even murkier - with high-profile celebrities like Kim Kardashian endorsing types of appetite suppressants aimed at young women. But on the whole, the only thing that will get lighter if you buy them is your purse!

Even more worryingly, some tablets sold over the internet can be dangerous to your health. Examples in recent years include tablets which contain amfetamine-like drugs. When you hear that these are closely related to the drug 'speed', taken by drug addicts, you get an idea of the risks. Some Chinese herbal remedies have also been shown to carry health risks.

Then there are the laxative effects. Many herbal remedies do indeed promote a small amount of short-term weight loss by sending you rushing to the loo. But as anyone who's suffered a tummy bug will attest, the pounds lost are largely because you're dehydrated, and go straight back on when you start eating and drinking normally. And if the effect is large enough to cause real weight loss, you'll be putting yourself at significant risk of vitamin and mineral deficiencies from this dose of laxative.

In a word, no - at least, rarely, and even more rarely in the long term. Recent research shows that it's the number of calories you eat, rather than how you get those calories (high protein, fat, carbohydrates, etc) that determines your weight gain.

So if fad diets and tablets don't work, what can I do?

Don't despair! There is good evidence that making even small changes to your lifestyle can add up to large benefits. Most importantly, if you can cement those changes into your daily pattern of living, the benefits will last a lifetime. All too many of us are 'yo-yo' dieters - we lose weight in the short term when we 'go on a diet', but it creeps (or gallops) back on the moment we 'come off' the diet.

The key is sustainability and working out what your personal needs are. I talk to my patients about the difference between 'going on a diet' and 'adopting a lifestyle'. We all get bored with dramatic restrictions to our lives, which may well be where so many of us fall down. 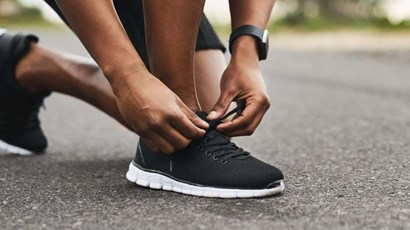 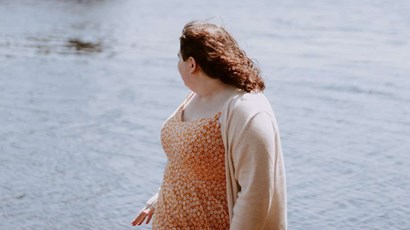 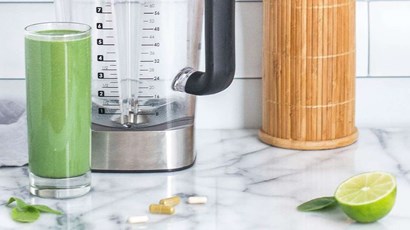 In April, I finally saw a Dr about my weight. I had been watching what I eat, exercising and drinking half my weight in water every single day and still not losing any weight. At the time, I weighed 2...