Everyone might experience them from time to time, but the causes behind pins and needles aren't always down to lying awkwardly on an arm or leg.

Here's a relatively boring personal revelation: ever since I can remember, I have preferred going to sleep on my side, tucking my arm underneath the pillow with my head resting on top.

Those who share the same nocturnal idiosyncrasy will be familiar with that odd sensation upon waking: that numb, tingling feeling spanning the respective arm and hand, as if one's limbs are on loan to an entirely different body.

Or perhaps you've felt the same sensation after carrying a heavy bag of shopping back home, or in your legs and feet, having passed an hour or three on the couch during a lengthy Netflix session.

'Pins and needles' - or paraesthesia, to give it its medical name - affects us all. While it can be an annoyance, it is most commonly a passing sensation. In the case of my post-slumber arm, after some light movement to get the blood flowing, everything tends to return to normal within a minute or so.

"Pins and needles can be caused by a multitude of different reasons and occur as a consequence of nerves sending signals to the brain," says Dr Daniel Fenton, clinical director at London Doctors Clinic.

"It is most often caused by pressure on a nerve due to someone sitting or lying awkwardly. In these cases, the symptoms are usually transient and resolve when pressure on the nerve is released by repositioning."

As alluded to by Fenton, the story behind pins and needles is the co-existence between nerves and blood vessels. These nerves, comprising living cells, are serviced by blood vessels - known as vasa nervorum - which deliver oxygen and nutrients to them. By the same measure, nerves, which can change the diameter of vessels, are needed to make sure the right amount of blood reaches our organs.

This all means that when the nerves or blood vessels are subject to any sort of compression, the ability of the former to transmit impulses back to the central nervous system - the spinal cord and brain - is impacted upon. Thus, the brain interprets these abnormal signals as pins and needles.

As aforementioned, the sensation is usually painless and temporary, and nothing to worry about. However, having pins and needles is sometimes linked to carpal tunnel syndrome - whereby the median nerve is squeezed as it passes through the wrist, producing numbness and tingling.

A symptom of something more serious?

Occasionally, though, pins and needles can be the symptom of something much more serious.

"If pins and needles occur more frequently, without a clear reason or with other symptoms, it can indicate other underlying conditions," says Fenton. "A nerve can have pressure placed on it due to anatomical problems such as back problems or thickening of surrounding tissue.

"Acute trauma or chronic injuries can also contribute towards nerve damage, as can conditions such as diabetes and alcohol misuse. Imbalances or deficiencies in certain minerals and vitamins such as vitamin B12 can cause pins and needles as they can play important roles in maintaining the health of the nerves."

Fenton also lists certain autoimmune diseases - such as lupus, and rheumatoid arthritis - that can be responsible for neuropathy, leading to "the body’s normal defence systems incorrectly attacking its own cells, including nerves”.

Pins and needles in part of a buttock, leg or foot can be a sign of pressure on a nerve, caused by a prolapsed or 'slipped' disc - the best known example is sciatica. In rare cases, this can be accompanied by numbness in the saddle area around the bottom, weakness in one or both legs and/or problems with bladder or bowel function. This complication, known as cauda equina syndrome, is a medical emergency.

Pins and needles on one side are rarely the only sign of stroke, but it's important to be aware of the signs (including weakness on one half of the face or body, difficulty speaking or finding the right words) and to seek emergency help if you might be affected.

Tingling and numbness across different parts of the body is also one of the most common first symptoms of multiple sclerosis (MS).

"Neurological conditions such as MS, which is a disorder of the nerve sheath, can present unexplained pins and needles," says Fenton.

While pins and needles are another of the myriad ways our bodies have of telling us something is amiss, in this case the cause is usually benign. But, if symptoms do persist, it's worth checking in with your GP. 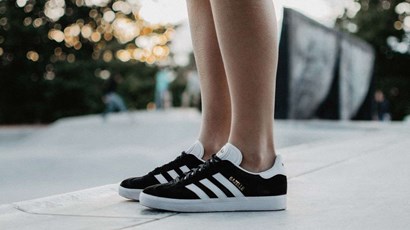 So for the past couple of weeks I keep getting water sensations in my body. First it started in my stomach (i would feel burning liquid moving around my abdomen and my back) then it moved on to my...