Cells in other parts of the body may be affected if you lack vitamin B12. Other symptoms that may occur include a sore mouth and tongue.

Vitamin B12 Deficiency and Pernicious Anaemia

What is vitamin B12 deficiency?

Vitamin B12 is essential for life. It is needed to make new cells in the body, such as the many new red blood cells which are made every day. Vitamin B12 is found in meat, fish, eggs and milk - but not in fruit or vegetables. A normal balanced diet contains enough vitamin B12. A lack of vitamin B12 leads to anaemia and sometimes to other problems.

What are the symptoms of vitamin B12 deficiency?

Symptoms due to anaemia

These are caused by the reduced amount of oxygen in the body.

Cells in other parts of the body may be affected if you lack vitamin B12. Other symptoms that may occur include a sore mouth and tongue.

What are causes of vitamin B12 deficiency?

Pernicious anaemia usually develops over the age of 50. Women are more commonly affected than men and it tends to run in families. It occurs more commonly in people who have other autoimmune diseases. For example, thyroid diseases, Addison's disease and vitiligo (a condition where white patches develop on skin). The antibodies which cause pernicious anaemia can be detected by a blood test to confirm the diagnosis.

Various problems of the stomach or gut can be a cause of vitamin B12 deficiency. They are all uncommon causes. They include:

Certain medicines used for other conditions may affect the absorbtion of vitamin B12. The most common example is metformin which is a medicine often used for diabetes. Other medicines include colchicine, neomycin and some anticonvulsants used to treat epilepsy.

It is unusual to lack vitamin B12 if you eat a normal balanced diet. Strict vegans who take no animal or dairy produce may not eat enough vitamin B12. Some foods are fortified with vitamin B12 - for example, some soy products, some breakfast cereals and some breads.

How is vitamin B12 deficiency diagnosed?

The initial blood tests will include a full blood count (FBC) to see whether you are anaemic. The full blood count test will also include a level called the mean cell volume (MCV), which is raised with vitamin B12 deficiency but also in some other conditions.

The level of vitamin B12 can be measured by a blood test.However some people may have symptoms of vitamin B12 deficiency despite normal vitamin B12 blood test results, or may have low blood levels despite having no symptoms. Therefore the results of these blood test need to be interpreted together with your symptoms.

What is the treatment for vitamin B12 deficiency?

The recommended dose if you do not have any nerve problems caused by pernicious anaemia is initially an injection three times a week for two weeks and then one injection every three months.

The recommended dose if you do have any nerve problems caused by pernicious anaemia is initially an injection every other day until there is no further improvement in your symptoms, then one injection every two months.

There is a small group of people with vitamin B12 deficiency who report that their symptoms come back (recur) before the usual three-monthly treatment dose. Therefore, some people have injections more often than three-monthly. However, this is not common and is best discussed with your doctor.

Read more in the separate leaflet called Diets Suitable for People with Anaemia.

The symptoms of anaemia usually improve quickly once treatment has begun. You may be advised to have a blood test every year or so. This will check that the anaemia is being treated successfully. A blood test may also be done to see that your thyroid gland is working well. (Thyroid problems are more common in people with pernicious anaemia.)

If you have pernicious anaemia, you are about three times more likely to develop stomach cancer than someone without pernicious anaemia, even when the anaemia is treated. See a doctor soon if you develop any stomach symptoms such as regular indigestion or stomach pain. 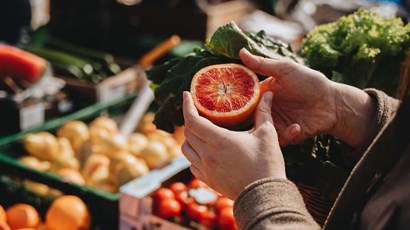 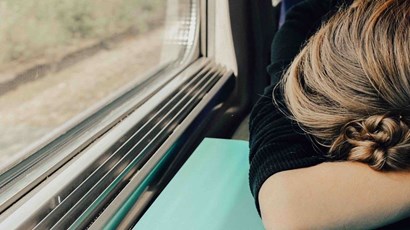 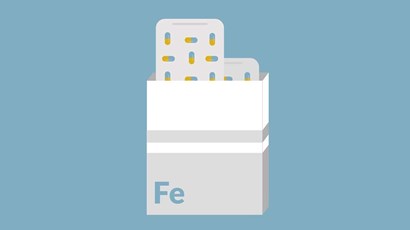 I have been experienced a tingling/pins and needle sensation in my left leg for a week. I have also experienced formication on three occasion when seeing insects- my legs became itchy and red but the...