Pregnancy is an exciting time but entering a new world full of conflicting information can also feel overwhelming. There is so much advice out there on how to keep yourself and your unborn baby healthy, including whether you should take probiotics for pregnancy. What does the evidence say, and are pregnancy probiotics safe?

Can you take probiotics while pregnant?

Probiotics are the 'good' bacteria found in your digestive system. As you may have seen on adverts for products such as Activia yoghurt, having a high amount of these microorganisms is a sign of a healthy gut. For this reason, many people consume probiotic foods and supplements.

Probiotics are an increasingly popular alternative therapy among those looking to ease uncomfortable and recurring digestive issues, such as bloating, constipation, diarrhoea, and long-term conditions like irritable bowel syndrome (IBS).

Yet, evidence suggests that the health benefits of taking probiotics may be even more extensive. If you're pregnant, probiotics may help to prevent pregnancy complications, reduce the likelihood of your baby developing certain conditions, and improve your own maternal health.

Possible benefits of probiotics for pregnancy

Every parent wants to give their unborn child the best start in life, but there are many ways to support your own and your baby's health during pregnancy. Probiotics for pregnancy are a promising yet under-researched complementary health therapy that you can explore in addition to - and not in replacement of - following a healthy lifestyle and listening to your pregnancy healthcare professional's advice.

Premature birth and infections during pregnancy

Changes in the balance of bacteria in your digestive system and vagina are normal during pregnancy. Sometimes, a large imbalance can lead to infections, which increase the possibility of you giving birth before your due date and of your baby becoming ill.

Diseases of the digestive system

Your baby's gut microbiome (the microorganisms living in the digestive system) starts developing during pregnancy. This is a crucial phase in developing good gut health and good immunity.

Studies indicate that smaller levels of probiotics are linked to diseases of the digestive system (gastrointestinal diseases) forming later in life.

If your baby has high levels of probiotics, there is some evidence that they are less likely to develop allergies such as eczema, asthma, and food intolerances.

The need for more evidence

You may now be feeling convinced that probiotics for pregnancy can benefit your little one. However, it is important to note that not all studies produce the same positive outcomes. Experts generally agree that more high-quality research is needed.

Pregnancy can be a happy and exciting time, but not for all women. It's common to have mixed or ...

There are also several factors to consider - for example, some studies only note positive results for probiotic supplements that are taken during pregnancy and also given to babies after birth. There is also a range of mixed research into baby probiotics.

Experts are still working to understand the different strains of probiotics. It's likely that specific strains may be more effective than others at protecting your baby's health during and after pregnancy.

Are probiotics safe in pregnancy?

This said, it's worth bearing in mind that the lack of research limits our knowledge in this area, just as it limits our knowledge of how beneficial they really are. It's also worth remembering that as probiotics are classed as supplements, they are not subject to the same strict regulations that medicines are.

From the evidence that's available, adverse reactions to probiotics in pregnant people are rare and generally not too serious. For example, a 2021 review of 100 studies identified adverse effects in only 11. The reported symptoms included vaginal discharge and changes in stool (poo) consistency.

Ultimately, the choice to take probiotics for pregnancy is entirely yours. If you are considering starting probiotic supplementation during pregnancy, it's always best to speak to your pregnancy healthcare advisor first. 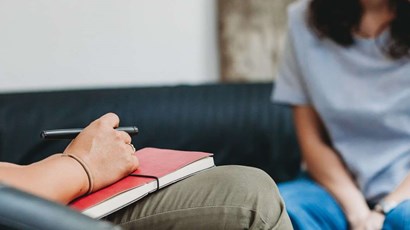 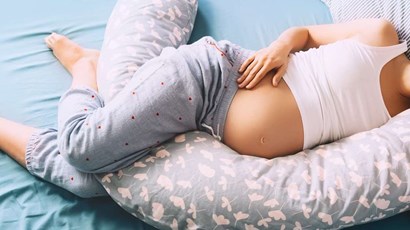 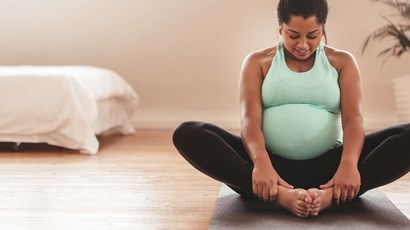 Can Pilates help strengthen your pelvic floor during pregnancy?