Autoimmune disorders are on the increase and around 75% of those affected are women. We examine the causes and look at treatment options and self-help measures to manage these debilitating conditions.

In terms of women's health issues, autoimmune disorders are often eclipsed by more prominent diseases such as breast cancer, and reproductive and gynaecological concerns. Yet according to the British Society for Immunology, autoimmunity is a 'significant cause of ill health' in the UK, particularly for women, and can only be managed rather than cured.

More than 80 autoimmune conditions have been identified - some are 'localised' and affect only one tissue or organ (eg, Graves' disease (a cause of hyperthyroidism), type 1 diabetes, Crohn's disease), while others are 'systemic', meaning these cause symptoms throughout the body (eg, rheumatoid arthritis, multiple sclerosis, lupus).

A healthy immune system protects us from invaders such as viruses, bacteria and other micro-organisms that may be a threat to our well-being. Autoimmune disorders occur when our immune system's response is misdirected and attacks the body's own tissues, causing inflammation and other complications.

Why women are more susceptible

Lupus, rheumatoid arthritis and Sjögren's syndrome are autoimmune conditions that are known to have a greater prevalence in the female population.

Dr Euthalia Roussou is a consultant rheumatologist at BMI, The London Independent Hospital, and has a particular interest in autoimmunity in women.

She says: "Research suggests there is a genetic predisposition to autoimmune conditions, but that environmental stressors actually trigger the onset - not necessarily stress in the psychological sense, but physiological," she explains. "We think that hormones may play a part in the autoimmune response, particularly oestrogen, which may be why women are more affected. Hormonal changes in pregnancy and possibly at menopause can trigger autoimmune changes.

"Interestingly there is also growing evidence that people can develop inflammatory conditions, following an accident or physical trauma. A colleague of mine has connected the incidence of accidents with the onset of arthritis."

"They can include toxic exposure, chronic infections, dietary choices, long-term stress, poor gut health, and genetic susceptibility that is activated by these environmental factors. Women have a very finely balanced hormonal and nervous system that is disrupted easily," she explains.

We tend to associate plunging winter temperatures with the onset of the cold and flu season. But...

Diagnosing autoimmune conditions can be a challenge, particularly in general practice, as nonspecific symptoms such as joint pain, stiffness, headaches and extreme tiredness, can have a variety of causes. Many autoimmune diseases are detectable by blood tests, but often it can be difficult to put a label on autoimmunity in its early stages.

"Through years of research and clinical practice, we have seen that autoimmunity is actually a spectrum of disease states," says Grant. "Many new patients I see are suffering with an autoimmune mechanism, whether it has progressed into a full-blown autoimmune condition or not."

Although conditions such as chronic fatigue syndrome (CFS), fibromyalgia, irritable bowel syndrome (IBS) and skin allergies are not proven to have autoimmune markers that can be measured in a blood test, Roussou believes there may be overlaps, particularly with fibromyalgia.

"Symptoms of tiredness, stiffness, pain and skin issues can be dismissed or misdiagnosed in the early stages, particularly in women and younger female patients," she comments. "For example, women given the label of fibromyalgia are often not looked after properly because it is not easy to treat and GPs think it can't be a precursor to disease; yet I have a database of women diagnosed with fibromyalgia and 50% of them have gone on to develop arthritis. Often there's not enough medical follow-up, but any ongoing issues with stiffness, pain or inflammation should always be monitored."

Immunosuppressant drugs and steroidal medications are often the first-line medical treatment for autoimmune diseases, and monoclonal antibodies (which give a powerful degree of immunosuppression) are the latest innovation in the field, showing promising results. But these drugs must be used with caution and carefully monitored as they can have severe side-effects, including making patients more susceptible to infection.

"It is crucial to get a correct diagnosis as early as possible in the disease process and to have access to effective medical treatment," says Roussou. "Though I am also open to women trying other approaches and self-help measures alongside conventional treatment as long as they do no harm."

Grant believes that autoimmunity can be reversed by identifying and actively reducing environmental stressors. Research evidence on this topic, however, is debatable.

Ultimately, a multi-faceted approach to the management of autoimmunity, that draws upon conventional, complementary and self-help measures, is of benefit.

Roussou sums up: "I have a condition that is auto-inflammatory and I noticed that if I don't eat dairy and heavy milky things like cheesecake then that helps," she reflects, "I did a study though to find out which foods might be triggering my patients and we were not able to reach a firm conclusion, so it is really about understanding your individual physiology." 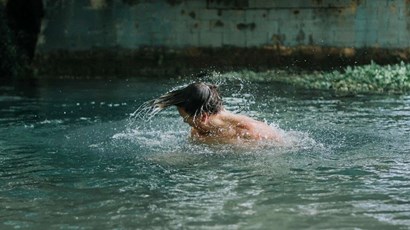 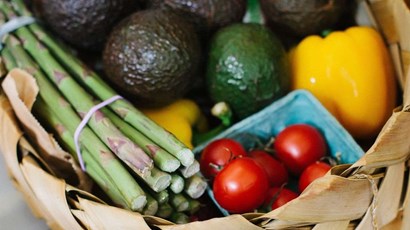 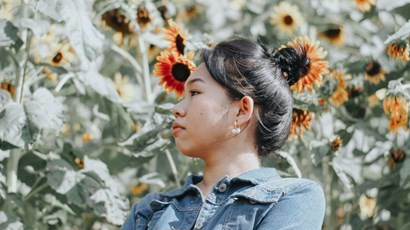 I'll be starting Enbrel soon - depending on if I qualify for the copay card program Enbrel has. I'm wondering if any of you have any experience with using this copay card?