Myeloma is a cancer that affects cells in the bone marrow, called plasma cells.

As the cancerous plasma cells fill the bone marrow, you are not able to make enough normal blood cells. This can lead to anaemia, bleeding problems and infections.

Other symptoms include bone pain, breaks (fractures) due to bone damage, and kidney damage. In many cases, treatment with chemotherapy and other treatments can control the disease, ease symptoms and prolong survival for a number of years.

Myeloma is a type of blood cancer. The cancer involves certain white blood cells called plasma cells. The cancerous plasma cells build up in the bone marrow. They also make a lot of one type of antibody. As a result, various symptoms develop. Myeloma is sometimes called multiple myeloma or myelomatosis. See the separate leaflet called Cancer for more general information about cancer.

What are the bone marrow, plasma cells and antibodies?

What happens in myeloma?

As with other cancers, what seems to happen is that the cancer starts with one abnormal cell. In the case of myeloma, one plasma cell at first becomes cancerous. This abnormal cell then multiplies to produce many identical abnormal plasma cells (a clone of cells). The cancerous plasma cells mainly collect in the bone marrow and continue to multiply without any control.

In the vast majority of cases of myeloma, the abnormal plasma cells make large quantities of one antibody. This single type of antibody is called a paraprotein (or sometimes called a monoclonal antibody, as it is an antibody which comes from a single clone of plasma cells).

There are several different types of antibody. (Antibodies are sometimes called immunoglobulins, or Ig for short.) These are called IgM, IgG, IgA, IgD and IgE. Myelomas are sub-classified by the type of antibody that they make. For example, IgG myeloma is the most common type.

Plasma cells develop from small white cells called B lymphocytes. It is thought that as B lymphocytes develop into plasma cells, mistakes occur in the process which copies genetic material, leading to the cell becoming cancerous. The cancerous cell multiplies, leading to the development of myeloma, as described above. The reason why the genetic mistakes occur is not yet known but they do not appear to be handed down from one generation to the next. The condition is therefore not hereditary.

How common is myeloma and who is affected by it?

Myeloma is uncommon. Most cases occur in people over the age of 50, and it becomes more common with increasing age. The average age of diagnosis is 70. Rarely, it occurs in younger adults, and it does not occur in children. Men are affected more often than women.

What are the symptoms and problems with myeloma?

There may be no symptoms at first in the early stages of the disease. Some people are diagnosed by chance because they have a blood test done for other reasons which may detect early myeloma. As the disease progresses, symptoms develop.

The symptoms and problems which develop are mainly due to the uncontrolled production of plasma cells in the bone marrow, and the excess amount of antibody (paraprotein) that the plasma cells make.

The increasing numbers of plasma cells in the bone marrow act like growing tumours (plasmacytomas) inside the bones. They also make a chemical that can damage bone. In time, small parts of bone are destroyed and are called lytic lesions. The term multiple myeloma is sometimes used which means there are lots of (multiple) areas in bones throughout the body which are affected.

The damage to bone can cause:

Bone pain. This is often the first symptom and can become severe. Any bone can be affected but the most common sites where pain first develops are the lower back, the pelvis and the ribs. The pain tends to be persistent and made worse by movement.

Fractures. Affected bones may easily break (fracture) following a mild injury or even no injury.

Compression of nerves coming out of the spinal cord. The compression usually happens because of fractures of the bones surrounding the spinal cord (the vertebrae). This can cause a variety of symptoms such as weakness in muscles of the legs, numbness of areas of the body or legs, bladder or bowel problems, and pain. If you have any of these symptoms you need to seek urgent medical attention.

Hypercalcaemia. This means a high level of calcium in the blood (due to the bone breaking down). This can:

Bone marrow failure
Much of the bone marrow fills with abnormal plasma cells. Because of this, it is difficult for normal cells in the bone marrow to survive and to develop into normal mature blood cells. Therefore, problems which can develop include:

Kidney damage
The kidneys may be damaged by an increased calcium level in the bloodstream, and/or by the high level of the abnormal antibody (paraprotein).

Hyperviscosity
This means that the blood may become too thick due to a very high level of paraprotein. Symptoms of hyperviscosity occur in less than one in ten cases of myeloma and include problems such as bruising, nosebleeds, hazy vision, headaches, sleepiness and various other symptoms. If you develop these symptoms then you need to seek medical advice without delay.

Amyloidosis
This is an uncommon complication of myeloma. This is a condition where abnormal protein (amyloid) accumulates in various parts of the body. It can cause various symptoms.

How is myeloma diagnosed?

Tests commonly done to confirm the diagnosis of myeloma include:

Tests which are commonly done to assess the severity of the disease and to monitor the response to treatment include:

Other disorders related to myeloma

The following are other plasma cell abnormalities. If you are diagnosed with any of these conditions, myeloma may develop sometime later, but not always.

What are the aims of the treatment for myeloma?

Treatments may be used to treat and to control the myeloma itself; also, to ease symptoms and complications of the myeloma. Treatment options are briefly discussed below.

Treatments to control the myeloma

In many cases, treatment can control the myeloma and put the disease into remission. Remission is not necessarily a cure. Full remission means that tests cannot detect the abnormal plasma cells in the blood or bone marrow, and the bone marrow is producing normal blood cells again.

Some remissions are partial which means there is some improvement, often a great improvement, but some myeloma cells remain. In many cases where there is remission or partial remission, at some point in the future the disease returns (relapses). Further treatment may be considered if the disease relapses. However, in time, the relapses become more difficult to treat.

Treatments that may be used include one or more of the following:

Chemotherapy is a treatment which uses anticancer medicines to kill cancer (myeloma) cells, or to stop them from multiplying. Various medicines are used and myeloma may be treated with chemotherapy medicines given as tablets or injections. The exact combination of medicines used, and the length of the course of chemotherapy, depend on various factors. For example, the severity of the myeloma, the exact type of myeloma, if you have kidney damage, your age and general health. See the separate leaflet called Chemotherapy for more details.

If a course of chemotherapy achieves a remission, you may then be advised to take medicines as a regular maintenance treatment. These may include interferon, steroids, thalidomide, lenalidomide or bortezomib. This is, in effect, low-level chemotherapy which aims to keep you in remission for as long as possible.

Recent developments in medicines to combat myeloma have improved the outlook (prognosis). For example, tailoring treatment to the genetic make-up of the patient seems to be a promising way forward. Trials of new medicines, such as carfilzomib and pomalidomide, are currently being conducted.

Your doctor will be able to discuss with you the most suitable type of chemotherapy for you in more detail.

A stem cell transplant may be an option. It is an intensive treatment that is not suitable in all cases. However, this treatment generally gives the best chance of a complete remission.

Stem cells are the immature cells that develop into mature blood cells in the bone marrow. Briefly, a stem cell transplant involves high-dose treatment with chemotherapy (and sometimes radiotherapy) to kill all the abnormal plasma cells. However, this also kills the stem cells that make normal blood cells. So, after the high-dose treatment, some stem cells are given to you via a drip into a vein (like having a blood transfusion).

The stem cells are usually obtained from the blood of the patient with the myeloma before the high-dose treatment is started. The stem cells from the transfusion make their way to the bone marrow where they then multiply and make normal blood cells, including plasma cells. See separate leaflet called Stem Cell Transplant for more details.

Radiotherapy is a treatment which uses high-energy beams of radiation which are focused on cancerous tissue. This kills cancer cells, or stops cancer cells from multiplying. For myeloma, radiotherapy is mainly used to treat severe localised problems and plasmacytomas. For example, to treat severe pain and/or pressure on nerves due to a damaged spinal bone because of a build-up of myeloma cells in the bone. See separate leaflet called Radiotherapy for more details.

Depending on the effects of the myeloma, one or more of the following may be advised:

People with myeloma will also usually be advised to drink plenty of fluids (at least three litres a day). This helps to lower a high calcium level.

The outlook (prognosis) in general, with treatment, is that about half of people with myeloma are alive and well 3-4 years after diagnosis. However, this is the general overview. In some cases the disease responds very well to treatment and survival is longer. In particular, a successful stem cell transplant gives a good chance of a complete remission. In some cases the disease does not respond to treatment very well, or life-threatening complications develop such as kidney failure.

The treatment of cancer and myeloma is a developing area of medicine. New treatments continue to be developed and the information on outlook, above, is very general. As mentioned above, there are some newer medicines that have been introduced in the last few years that show promise to improve the outlook. The specialist who knows your case can give more accurate information about the outlook for your particular situation. 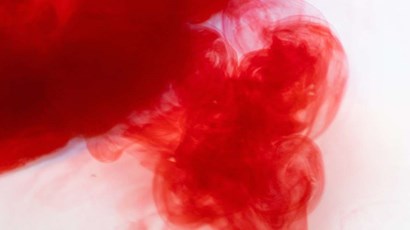 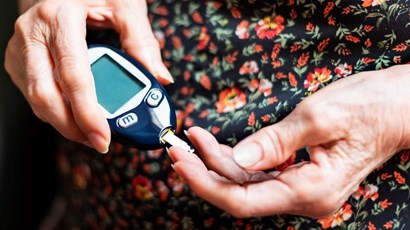 Hello, so I am currently 28 years old and I am tired!! I have been dealing with different doctors and specialists for the past 12 years. when i was 16 i was diagnosed with lupus which at the time i...