When I was a girl, we used to call a really nasty cold a 'sneezy-wheezy-can't-breathe-easy'. Actually, most people who get a cold don't get wheezy. But people who have other lung conditions, like asthma or chronic obstructive pulmonary disease (COPD), often find that a cold makes them wheezy, and wheezing can definitely make breathing harder.

Wheezing is a sort of whistling sound as air passes through a narrowed airway. This partial blockage, which stops oxygen getting into the bloodstream effectively, also causes shortness of breath and sometimes chest 'tightness'. In conditions like asthma and COPD, wheezing tends to come from the very small airways deep in the lungs. Sometimes, inflammation in the larger airways, the bronchi, can also make it hard for air to get through, causing wheezing. The medical term '-itis' means inflammation, and inflammation of the bronchi is called 'bronchitis'.

Any inflammation of the airways, causing them to constrict, can cause wheezing. Often this is triggered by infection or irritation (allergy, smoke, chemicals, etc). The most common causes of wheezing are asthma and COPD. In asthma, it's caused by narrowing of the small airways (bronchioles) of the lungs - but this narrowing is temporary. In someone with well-controlled asthma, the lungs work normally. In COPD, there's often a mixture of narrowed airways (usually caused by lung damage to the 'spokes' in the small airways that keep them open), thickening of the walls of the small airways (making it harder for oxygen from the lungs to reach the bloodstream) and sticky mucus deep in the lungs.

For both asthma and COPD, inhalers can be divided into 'relievers' (give rapid relief but usually work for a few hours only) and 'preventers' (that need to be taken regularly to reduce inflammation and cut flare-ups). 'LABAs', or long-acting beta agonist inhalers, do a bit of both.

If your symptoms aren't controlled with inhalers, your doctor may recommend regular tablets which also act long-term to cut inflammation or wheeze. In very severe COPD, you may need an oxygen supply.

Asthma most commonly starts in childhood and often runs in families. The main symptoms are wheezing, shortness of breath, cough and chest tightness. The constriction of the airways that causes wheezing can be brought on by infections, allergy (to pollen or animals, etc), dust, cigarette smoke, exercise or temperature change.

Treatment for asthma starts with a 'reliever' inhaled medicine that opens up the small airways, allowing air to pass easily. If this isn't enough, regular inhaled steroids, then a longer-lasting airways-opener, will be added.

With well-controlled asthma you shouldn't be waking at night due to symptoms, shouldn't be needing to use your 'reliever' more than a few times a week and should be able to live, work and exercise normally. Signs of a severe asthma attack include severe wheezing and breathlessness not relieved by your 'reliever' inhaler, and especially being too breathless to speak - see a doctor urgently.

This used to be called 'emphysema' or 'chronic bronchitis' - usually caused by smoking, it causes wheeze, shortness of breath and chest tightness. Unlike asthma, you're also more prone to infections settling on your chest and the obstruction to your airways isn't reversible, so your lungs will never be as good as new. Along with 'reliever' and 'preventer' medications, key tips include:

In children especially, viral (or bacterial) infections can cause inflammation of the bronchi and wheezing. This doesn't necessarily mean they have, or will get, asthma and often settles as their airways get bigger with age. 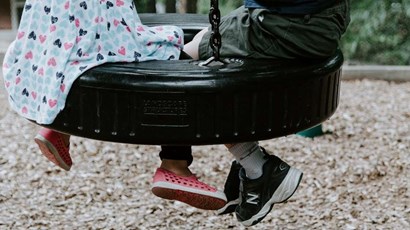