The pancreas is an organ in the upper tummy (abdomen). Chemicals (enzymes) made by cells in the pancreas pass into the gut to help digest food. The hormones insulin and glucagon are also made in the pancreas and help to regulate the blood sugar level.

What is the pancreas?

The pancreas is an organ which is about the size of a hand.

The gut (gastrointestinal tract) is the long tube that starts at the mouth and ends at the back ...

Where is the pancreas?

The pancreas is in the upper tummy (abdomen) and lies behind the stomach and guts (intestines). The pancreas has a connection via a tube (duct) to the first part of the gut (known as the duodenum) which is connected to the stomach. This connecting duct allows the chemicals (enzymes) produced by the pancreas to pass into the intestines.

The pancreas has two main functions:

How does the pancreas work?

The digestive chemicals (enzymes) made by the pancreas are controlled by the body's nervous system and its hormones. When the body senses food in the stomach, electrical signals are sent to the pancreas via nerves. These signals stimulate the pancreas to put more enzymes into the pancreatic juice. Acinar cells respond by increasing the amount of enzymes they produce. The enzymes leave the cells and pass into tiny tubes (ducts). These ducts join together like branches of a tree to form the main pancreatic duct. The pancreatic duct drains the enzymes produced into the first part of the gut, known as the duodenum.

The enzymes are made in an inactive form so that they don't digest the pancreas itself. Once they enter the intestines the enzymes are activated and can begin breaking food down.

The main hormones released by the pancreas are insulin and glucagon. These hormones help to regulate the amount of sugar found in the blood and the body’s cells. The body's cells need energy to function. The most readily available form of energy is glucose, a type of sugar. Insulin helps to take glucose from the blood into the cells themselves. This allows the cells to function properly. Glucagon stimulates cells in the liver to release glucose into the blood when levels are low.

Some disorders of the pancreas 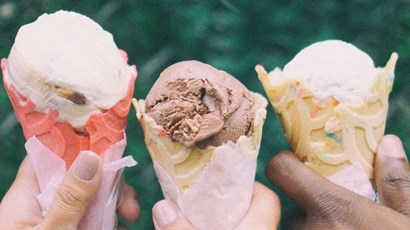 In June, I had strong pain on the left side of my abdomen and in my upper back and nausea. Went into a GP in the morning, and they didn't think it was anything serious and at that point the pain was...