What happens to your body after giving up caffeine?

For many people, caffeine is a staple part of their day. Present in tea, coffee, energy drinks, Coca Cola and even chocolate, the substance is the planet's most popular psychoactive drug. According to the British Coffee Association, Brits alone get through 95 million cups of coffee a day. It almost goes without saying, then, that giving up caffeine can be tough.

While I have never struggled with Dry January or even going vegan, committing to giving up caffeine felt like a different proposition altogether.

"Caffeine is a stimulant and those who are used to consuming significant quantities of caffeine on a regular basis may experience lethargy, and tiredness, and find it difficult to concentrate if they stop suddenly," explains Abbas Kanani, a pharmacist at the online pharmacy Chemist Click.

For me personally, the lure of an espresso was just too much and I quickly fell back into my old habits. I simply couldn't handle the headaches, irritability and brain fog that accompanied going 'cold turkey'.

The good news - according to Dr Nagete Boukhezra, a GP at the London Doctors Clinic - is that people like me aren't technically classed as caffeine-addicted.

"Addiction is defined as not having control over doing, taking or using something to the point where it could be harmful. Caffeine is not generally considered as an addiction as it does not cause harm with a moderate amount," she explains.

How much caffeine is safe?

Boukhezra adds that for healthy adults consuming moderate amounts - up to 300-400 mg of caffeine a day - there is little or no evidence of health risks, and some evidence of health benefits. 400 mg caffeine equates to around four cups of coffee, ten cans of cola, or two energy drinks.

But moderation is the key word here. Just think of the French novelist Honoré de Balzac, who called coffee 'a great power in my life' and was supposed to have imbibed 50 cups a day. Or the singer Robbie Williams, who at one point claimed to be drinking 20 cans of Red Bull and 36 double espressos daily. This kind of consumption is hardly conducive to health and well-being.

In truth, you don't need to be drinking anywhere near that amount for there to be some negative consequences. (Many of us can testify to the jitters, energy dips and poor-quality sleep that occur after one too many visits to Starbucks.)

"The World Health Organization recognises the diagnosis of caffeine dependence syndrome. But more research is needed to understand the dependence, the severity and if there is a real impact on the general population's health," says Boukhezra.

It wasn't long ago that people believed that in order to build a lot of muscle you had to follow...

Who needs to cut down on caffeine?

So how can you know if you need to cut down? Dr Abby Hyams, a GP at MedicSpot, says it's important to check how much you're actually consuming.

"Caffeinated drinks can vary significantly in caffeine content, especially energy drinks, so make sure to check the label," she says. "Caffeine affects some people more than others and it can often depend on how much caffiene you usually consume and how much your body gets used to it."

On average, though, you should be looking at your intake if you're taking in more than 400 mg a day. Caffeine withdrawal symptoms to watch out for are headaches, irritability, insomnia, palpitations, nervousness or muscle tremors - all of which may indicate your caffeine consumption is too high.

Knowing your caffeine intake is particularly important in childhood and adolescence. There's a reason energy drinks are set to be banned for children in England: younger brains are more sensitive to caffeine. As a rule of thumb, children should consume no more than 3 mg of caffeine a day for every kilo of their body weight. (For a child weighing 40 kg, this would equate to 120 mg - about the same as one strong coffee.)

There are other groups of people too who might benefit from giving up caffeine or cutting down. These include pregnant women and those who are looking to start a family, along with migraine and anxiety sufferers.

"The advice for pregnant women is to avoid caffeinated drinks in the first trimester, after which women should not consume more than 200 mg - equivalent to about two cups of coffee - a day," says Bouzhezra. "Caffeine has been reported as a precipitant for migraine, but each person is different. Caffeinecan also cause heart palpitations and stress, so if you do have stress/anxiety, it might be reasonable to limit your intake of caffeinated drinks."

Kanani adds that those with certain heart conditions should reduce their caffeine intake, definitely keeping it below the 400 mg threshold.

"When you start to go over the 400 mg mark, you run the risk of increasing your blood pressure. This puts a strain on the heart and can weaken it, putting you at risk of a heart attack," he says.

It also goes without saying that energy drinks are not an insomniac's best friend. After a difficult night's sleep, it can be tempting to pep yourself up with caffeine. But that just compounds the problem, making it trickier to fall asleep the next night.

"Consuming caffeine, even six hours before bedtime, has been shown to disrupt sleep," says Mark Winwood, AXA PPP Healthcare's director of psychological services. "Caffeine affects your sleep stages and cycles, influencing the amount of time spent in lighter sleep stages. It can also act as a trigger to wake you when you would naturally transition between REM (deep sleep) and Stage 1 (light sleep). And it can influence your circadian rhythm - even one coffee after dinner can delay the production of melatonin by about 40 minutes, shifting your body clock."

For some people, giving up caffeine is probably a good idea. However, the general advice is not to give up caffeine immediately, but rather to take a phased approach.

She adds that it's important to stay hydrated after cutting back on caffeine - dehydration can make the headaches and fatigue even worse.

"Try to get a good amount of quality sleep after giving up caffeine to counter fatigue that you may experience," she says. "Boosting your energy levels naturally can also make the process easier. You could do this by exercising more frequently, eating nutrient-dense foods and making stress-reduction techniques part of your daily life."

Giving up caffeiene may not be the most comfortable process, but if you really have been going overboard, you should see some benefits to moderating your consumption.

"Those that have a high caffeine intake, especially at regular intervals throughout the day, are likely to experience higher energy levels, improved concentration, fewer headaches and a generally better mood," explains Kanani.

That's incentive enough for me to try again. While I don't see much reason to giving up coffee altogether, I am certainly considering swapping cups 3 and 4 for decaf. 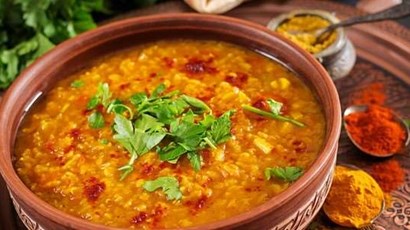 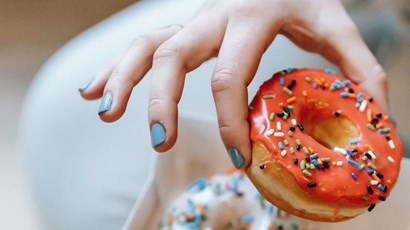 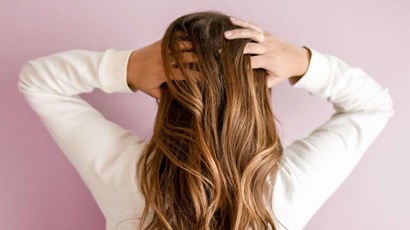