For most people, lifting weights is a healthy part of a balanced life. But for some men, the pursuit of the body beautiful can spiral into a dangerous obsession.

When we think about people with a distorted body image, it's tempting to jump straight to the stereotypes. Most classically, we might think of the young girl with anorexia, staring in the mirror and convinced she's fat. Despite being extremely thin, to her mind she's never thin enough.

We're less likely to think of a weightlifter at the gym, who from the outside looks like the pinnacle of health. For sure, his training regimen and carefully portioned meals require unusual amounts of discipline and focus. But if there's anything more harmful going on, it's unlikely to be obvious to anyone else.

Unfortunately, a small but significant proportion of these men are dealing with muscle dysmorphia - a little-known condition in which sufferers feel like they're never big or muscular enough.

As well as being psychologically debilitating, muscle dysmorphia can be physically damaging. Many sufferers push through injury or over-exercise in pursuit of the perfect body. There have also been a few tragic cases in which young men have died as a result of anabolic steroid misuse.

While certain media outlets have dubbed this condition 'bigorexia', or described it as the reverse of anorexia, that doesn't really do justice to the complexity of either condition. Muscle dysmorphia isn't actually an eating disorder, and it's only the 'reverse' of anorexia in a superficial sense. Rather, it's a type of body dysmorphic disorder (BDD), a mental health condition in which a person fixates on perceived 'flaws' in their appearance.

It has been estimated that 10-12% of professional male weightlifters meet the criteria for muscle dysmorphia. One study found that 22% of men with BDD also had muscle dysmorphia, which would mean it affects about one in 200 men in the general population. It also affects some women. However, a lot more research is needed before we know the true statistics.

"Anecdotally we would say that muscle dysmorphia is on the rise, but in truth it has been around for a very long time," points out Kitty Wallace of the BDD Foundation. "We cannot say for sure what causes BDD or muscle dysmorphia. There may of course be some genetic predisposition. But we also know that psychological factors like perfectionism, a brain that is more sensitive to aesthetics and a strong eye for detail all contribute."

She adds that many people with muscle dysmorphia will have experienced appearance-related bullying at some point in the past. Then there's the onslaught of media pressures, which seems to be intensifying. From superhero movies to Love Island contestants, the idealised male body has become bulkier and brawnier than ever.

"It's likely that getting fitter, looking bigger, more ripped, having a six-pack etcetera have become an ideal," says Wallace. "People have a different yardstick to measure against and are more likely to be praised for their body developing more muscle."

We're often told that with age comes confidence and that as we grow older, we will feel more sel...

When the gym becomes an obsession

Of course, not every ardent weightlifter has muscle dysmorphia, just as not everyone who monitors their diet has anorexia. One warning sign to look out for, says Wallace, is that the weightlifting is fuelled by an anxiety around appearance rather than enjoyment of the sport.

"The individual might be sacrificing their home, work or social life in the pursuit of their exercise routine," she says. "They might be spending an excessive amount of time worrying about their size and shape. Alternatively, they may be using clothing or make-up to camouflage certain parts of their body that they don't think look 'right'."

She adds that people might be causing harm to themselves through extreme exercise or steroid abuse, or subjecting themselves to a highly restrictive diet. According to a recent large study, 22% of US men aged 18-24 show 'muscularity-oriented disordered eating behaviours', which includes using supplements or even steroids.

One muscle dysmorphia sufferer, filmed by BBC Newsbeat in 2015, talked about the perfectionism and obsession at the heart of his disorder.

"I’ve taken a visual red marker and analysed every single part [of my body]," he said. "It's more than neurotic; it's a detriment to my mental state. How can anyone else like this if I don't like it? There are days I feel disgusted, and those days have been when I have not been consistent with the work that's required of me to reach a goal."

Speaking to ITV in 2017, former steroid user Adam Trice explained how his muscle dysmorphia drove him towards depression.

"I wanted to be the biggest, freakiest looking guy, the strongest and most powerful - that's where my body dysmorphia took me," he said. "I remember a time when I was about 18½ stone and I looked in the mirror and I felt small ... It made me into a very angry unwell person."

Sadly, many men with muscle dysmorphia never seek treatment, in part because few realise the condition even exists. They may also receive a lot of positive reinforcement from other gym-goers, meaning it can be hard to recognise how much damage it's causing them.

"Often it will take a major event before someone with muscle dysmorphia seeks treatment," says Wallace. "Maybe they have had a problem with steroids, have injured themselves due to excessive exercise or have had an intervention from a loved one."

The good news is that recovery is possible, often via cognitive behavioural therapy (CBT). You can self-refer for talking therapy on the NHS or find private sessions on Patient Access. The BDD Foundation also offers support groups (both in-person and online) for people with BDD and their family members. And there are some useful resources at MaleVoicED, a charity for men with eating disorders and related conditions.

"Muscle dysmorphia is not a vanity; it is a serious mental health condition that can be treated," says Wallace. "We really hope that with more awareness and understanding more men will seek help." 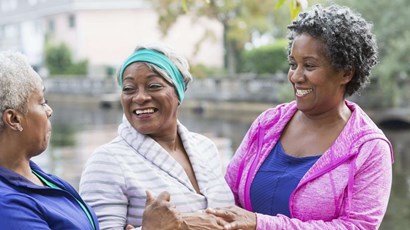 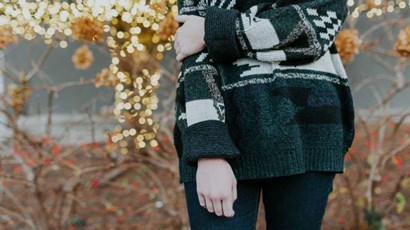 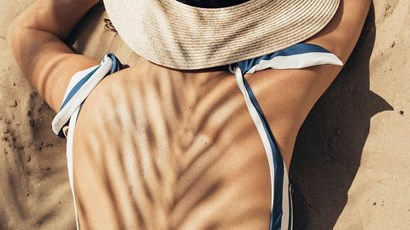