What not to say to someone who is vegan

Veganism is on the rise, which means more conversations around what veganism actually is and what the lifestyle looks like. While many statements you want to make to a vegan might come from the best place, some of them can be offensive. This can become incredibly frustrating for those who are vegan. So, let's break down some of the things not to say to a vegan, and why they're problematic.

If someone dedicates their life to avoiding meat, it's unlikely that they will miss it, since it's a conscious decision they have made. Questions like this are often accompanied by statements such as, "I would be so hungry if I just ate tofu and salad," which shows misunderstanding of what a vegan diet can look like. Vegan diets can still be filled with carbohydrates, like pasta, bread and potatoes. Everything an omnivore eats can be eaten as a vegan version, whether that's a cheeseburger, a ham sandwich, chocolate cake or pizza.

Can you eat eggs?

Eggs are laid by animals. Since vegans do not eat any animal products - whether meat itself or products derived from animals - they do not eat eggs. While some people following a plant-based diet are open to eating eggs, this means their diet is not truly vegan. Egg laying is a natural process for hens that is not thought to harm them in any way, which is why some people who eat plant-based have no problem with eating eggs. This group are called lacto-ovo-vegetarians which, according to the Vegetarian Society, is the most common type of meatless diet.

So, what do you eat?

Vegans eat food, just like every other person. The only difference is that their diet does not contain meat or dairy products made from animals. These animal products include fish, eggs, milk and honey. A vegan diet consists exclusively of plant-based products, but there are plant-based alternatives for many non-vegan foods.

Instead of animal products, vegans incorporate the following foods into their diets:

I could never give up meat. Are you judging me?

It's wrong to assume vegans are naturally judgemental of your diet because you eat meat. Just because someone makes a choice not to eat meat, that doesn't mean they think you are a terrible person, or fundamentally inferior to them, because you do.

Rather than making the assumption that a vegan hates you for eating animal products, it might be interesting to initiate a conversation with them. That way, you can find out more about their reasons for going vegan and bust some of your own misconceptions. A vegan might actually appreciate your interest in their lifestyle as well, since there are many stereotypes around veganism that lead to a negative perception of vegans. In addition, no one is asking you to become vegan personally. You are in charge of what you eat, regardless of what anyone else thinks.

Aren't vegans supposed to be skinny?

Passing comment on another person's body size is never acceptable but in this instance, it can perpetuate harmful ideas around veganism and comes from a place of miseducation. There seems to still be a misconception that vegans simply do not eat, but in the world in which we now live, if there's a non-vegan food, there's probably a vegan alternative.

Veganism might be a diet for some people as they pursue weight loss, but it's a lifestyle for others. Societal prejudices surrounding vegans and weight are unhelpful, and can make those who are vegan feel guilty or develop toxic relationships with food. It's also very easy to eat 'unhealthily' as a vegan, because they don't just snack on salad. Did you know that Oreos are vegan?

Where do you get your protein?

While this is often an innocent question, it can be frustrating for a vegan to be asked, since it proves how much misinformation still exists around veganism. The idea that a vegan diet is based solely on lettuce leaves and is devoid of any proper nutrients is false.

A person following a vegan diet can get their protein from a variety of sources, just as meat-eaters do. Many plant-based foods, such as tofu, tempeh, lentils, nuts, seeds, and quinoa, are high in protein.

Most adults require 0.75 g of protein per kilo of body weight per day. This is, on average, 45 g for women and 55 g for men. As a guide, a protein portion should fit in the palm of your hand.

Most of these could be eaten during one meal, but going vegan often requires planning. While the possibilities are pretty much endless for plant-based alternatives in modern times, a vegan diet can still lack vital nutrients. In this case, a dietician can offer advice, and supplements might be necessary.

This comment often comes with an irritated tone and an eye roll. However, conversations around food arise every single day, so it's only natural for veganism to be a part of those. Whether you're ordering in a restaurant, being offered a slice of cake by a colleague at work, or friends are talking about their favourite type of cheese, sometimes veganism just naturally occurs in conversation - animal products are all around us!

In addition, talking about veganism isn't necessarily a bad thing (assuming someone isn't pressuring you into following their ideas), as it offers an opportunity for others to become educated.

Many of us fancy something sweet from time-to-time and often raid the cupboard for biscuits or ...

I didn't invite you to the dinner because there was meat

People who are vegan can still walk past a McDonald's on a high street, or attend a family barbecue. It is unfair to exclude someone from social gatherings just because meat or animal products are involved. Even if they do decline your invitation, it is always nice to be asked. Vegans can still socialise with meat-eaters - they just don't want to eat the meat themselves.

Instead of excluding your vegan friend from a food-related event, speak to them beforehand. If you are hosting a dinner party, ask what they would like to eat (catering for a vegan doesn't have to be complicated either). Or, if you are going to a restaurant, make them aware so they can check the menu for vegan options. Your vegan friend is still your friend just as much as anyone else.

What would happen if we were all vegan? What about the animals?

This is something we'll probably never have a definite answer to, since the vast majority of the world's population eats animal products. However, in 2015, the World Health Organization actually categorised processed meat as "carcinogenic". Therefore, if everyone in the world were to turn vegan, it is thought there would be fewer people diagnosed with coronary heart disease, strokes, type 2 diabetes and some cancers. Researchers have reported that a global vegan diet would also result in 8.1 million fewer deaths per year worldwide, saving hundreds of billions of pounds on healthcare.

As for the animals, it's a little far-fetched to think cows and pigs will "take over the world" if they are not eaten. Farm animals are bred far more intensely than they reproduce in the wild. Farmers may actually slow down their breeding if demand falls for meat. Fundamentally, it's an issue of balance. Some animals (like pigs and sheep) could return to the woodlands. But others (like broiler chickens) are now so far removed from their ancestors that they couldn't survive back out in the wild. The destruction caused by humans to their natural wild habitats would still also reduce their numbers.

Humans are supposed to eat meat

On average, 86% of people surveyed for the Statista Global Consumer Survey in 39 countries said that their diet contained meat. Humans have evolved to be omnivorous - eating both animals and plants for survival. However, while eating meat remains the norm almost everywhere in the world, it isn't a life necessity.

DNA evidence from 300,000 years ago suggests humans have been constantly evolving and adapting to changing conditions, habits and food availability. Therefore, the logic that our bodies were designed to eat only one type of food for ever does not hold.

We are constantly responding to our environments, and our bodies have evolved to allow us to eat both animals and plants. For example, the structure of our teeth has changed to be compatible with our diet. The incisors, molars and premolars are able to cut through and grind plants, whereas the canine teeth rip through flesh.

If someone told you that they have a nut allergy, it's unlikely you'd try to tempt them with a sneaky handful of peanuts. People don't tend to choose veganism for their image - it's usually for health or environmental reasons, and it's something a lot of people feel strongly about. If someone has fundamental beliefs, it's important to respect those.

A lot of vegans probably like bacon, or cheese, or all the other foods you love as a non-vegan and don't think you could live without. The difference is simply their life choice not to eat them.

However, for vegans who enjoy the saltiness of bacon but don't want to eat the real thing, there are vegan bacon options in supermarkets. These can be eaten in the same ways as 'normal' bacon, whether that's in sandwiches or as part of a full, traditional British breakfast. They are high in protein and provide healthy amounts of fibre. Vegans don't necessarily give up meat because they don't like the taste of it, so they might still enjoy a meatless bacon roll to get the flavour.

How to snack healthily when you are vegan

How much meat should we be eating? 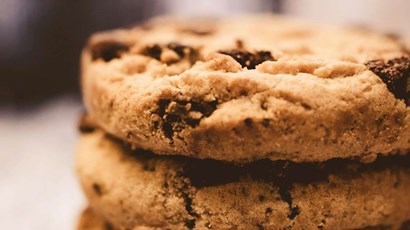 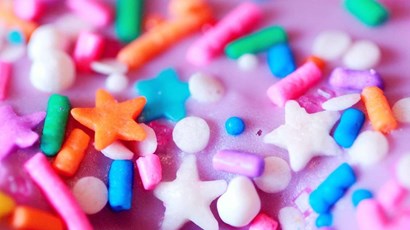 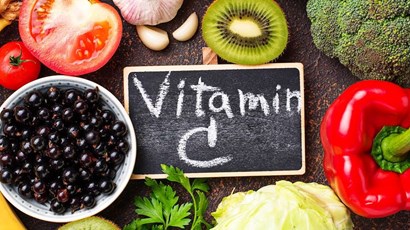 How to snack healthily when you are vegan

Notes on What not to say to someone who is vegan
Share
https://patient.info/news-and-features/what-not-to-say-to-someone-who-is-vegan
Copy link Copied