Bowel cancer is the fourth most common cancer in the UK, with more than 41,000 people diagnosed - and 16,000 dying from the disease - every year.

The number of deaths from bowel cancer is in decline, largely thanks to the national screening programme, which targets people aged 60 to 74 in England and invites them to do a home screening test every two years.

But while the number of people who took part in the programme in 2016-17 increased slightly from the previous year, fewer than 60% took up their screening invitation. That means 1.8 million eligible people were not screened, risking their health and ultimately, their lives.

Bowel cancer affects the large bowel and is sometimes called colon cancer or rectal cancer, depending on where the disease starts. Most types develop from pre-cancerous growths called polyps, but not all polyps are cancerous and those that are usually take many years to become malignant. In that time, many people will not have had any symptoms or suspected that anything is wrong.

For this reason, people are invited to be screened every two years between the ages of 60 and 74; any signs of potentially harmful changes can be closely monitored over time and picked up quickly.

"The point of the screening programme is to detect blood in people's poo when they don't have any symptoms," explains Gail Curry, head of health promotion and training at Bowel Cancer UK. "Often, there are tiny amounts of blood that you couldn't see with the naked eye, which might be a sign that something is happening internally that people might not notice straightaway."

What does screening involve?

The bowel cancer screening programme uses a faecal occult blood test (FOCT), which involves people taking a stool sample at home and sending it to be tested for traces of blood. Margaret Callow, a 75-year-old retired nurse from Norfolk, did the tests every two years from the age of 60 and says: "It couldn't have been easier."

"It never occurred to me that people wouldn't do it, because I thought it was such a good idea," she recalls. "You're in the comfort of your own home and the instructions are so clear."

As well as detailed instructions and an information leaflet, the kit includes cardboard spatulas that are used to collect two small samples from a stool. "Ideally, you should catch the poo before it goes into the bowl," says Gail, "and you could do this by using a paper plate, an egg box or a potty lined with toilet paper, for example."

You smear the samples on a screening card and repeat the test twice more within 10 days of the first sample. You then send the card straight back to your local screening hub in a self-sealing Freepost envelope - it needs to be received within 14 days of your first sample.

As well as the biennial screening, the NHS began rolling out a one-off bowel scope screening to 55-year-olds in England in 2015. In this test, a tube with a camera on the end is passed through the back passage to examine the large bowel and detect any polyps. As part of the test, polyps can also be removed if necessary.

Scope screening allows polyps, that might cause cancer, to be removed. For every 300 people who undertake the bowel scope screening, two are prevented from developing bowel cancer and one life is saved.

The results of your stool test usually come back within a fortnight, and in Margaret's case, were always normal. But last year, 3,000 people were not so lucky and their screening led to a diagnosis of bowel cancer.

Neil Hopkinson from Kettering wasn't too concerned when he had to repeat his test twice, after the analysis found tiny traces of blood in his faeces. "I'd had no obvious symptoms and I felt reasonably well," he says. "After three inconclusive tests, I was referred for a colonoscopy and they found some polyps, one of which turned out to be a tumour."

Neil's cancer was diagnosed at stage one, meaning it hadn't spread and it could be treated. Despite having part of his colon and 11 lymph nodes removed, Neil considers himself lucky. "The surgery was keyhole, and because the cancer was caught early I didn't have to have any chemotherapy or radiotherapy. If I'd not done the test at home, it would have been a different story."

Thousands of lives like Neil's are saved each year thanks to the screening programme - among those screened it detects 90% of cases of bowel cancer early, making successful treatment far more likely. If diagnosis is delayed, outcomes tend to be far less positive; treatment is often longer and more invasive and the prognosis can be poor. Around 13,000 people die from bowel cancer every year in England, but screening reduces the risk of death by 16%.

So why do relatively few people do the test?

The reasons are manifold, according to Gail: "If people don't have any symptoms - and lots of people don't - they might not think it applies to them, especially if they've done it before and it's been negative."

Public Health England attributes the low uptake of 59% in part to embarrassment at having to provide a stool sample, especially among men: rates are significantly higher for female-only screening programmes (breast and cervical cancer reached 76% and 72% respectively in 2016-17).

Sadly, it's not uncommon for people to think it's just too much bother. The NHS hopes a new type of home screening called the faecal immunochemical test (FIT), which requires just one stool sample taken on a single occasion, will encourage more people to do it. It was introduced in Scotland in November 2017, and should be rolling out across England and Wales by mid-2019. As yet, there is no formal plan in Northern Ireland to switch to FIT.

"It's much easier and more straightforward, and there is evidence from pilots in Scotland and London that it will increase uptake," explains Gail. But she urges people who receive their screening invitation in the meantime to go ahead and do the current test. "Don't wait until the FIT kit comes out and miss an opportunity if something is wrong. Early diagnosis saves lives, and that's why the screening programme exists."

The new test won't, however, eliminate the embarrassment associated with collecting a poo sample. But Neil's advice is simple: "If I was talking to someone I knew, I'd tell them to grow up and just do it! It's utter nonsense not to look after yourself and stay alive," he concludes. "There is no doubt that the screening saved my life, and gave me the opportunity to stay alive for many more years to come." 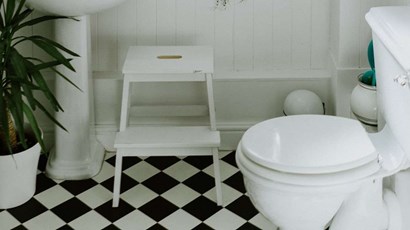 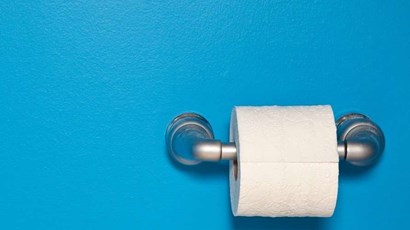