Testosterone is often thought of as 'the male hormone', but it is also an important sex hormone in women and it declines with age. We ask the experts about the impact of testosterone deficiency and whether supplementation is worth considering at menopause.

Testosterone is one of a group of hormones known as androgens, which in larger quantities produce male traits and reproductive characteristics. However, women also produce testosterone, along with the sex hormones oestrogen and progesterone, and it is vital to well-being.

Why do we need testosterone?

Sometimes referred to as the 'mojo' hormone, testosterone contributes to libido, sexual arousal and orgasm. But it is also involved in metabolic functions related to muscle and bone strength, mood and cognitive ability.

In women, androgens are produced in the ovaries, adrenal glands and fat cells and women produce about a tenth of the amount of testosterone that men's bodies produce. While oestrogen and progesterone decrease significantly at menopause, testosterone levels gradually decrease with age. Some women will not notice any symptoms as levels fall. Others though may be more sensitive to the changes and experience lack of sexual desire, low mood, low energy and impaired focus and concentration.

"As well as ageing, a major cause of testosterone deficiency in women is surgical menopause," says Dr Anne Henderson, a consultant gynaecologist and BMS-accredited menopause specialist, based in London and Kent. "A woman might have her ovaries removed because of a pathology such as an ovarian cyst or other difficulties, or as part of a routine hysterectomy. This can cause an abrupt drop in testosterone and the onset of symptoms. I've seen many women who've had their ovaries removed who have not had a discussion with their doctor about testosterone replacement. It is hugely under-recognised."

When to consider supplementing with testosterone

Dr Heather Currie is an associate specialist gynaecologist at Dumfries and Galloway NHS, and a trustee and past chair of the British Menopause Society (BMS). She is also founder of Menopause Matters.

"A Global Consensus Position Statement on the use of Testosterone Therapy for Women was published in 2019," she says.

"It stated that use of testosterone was only implicated in postmenopausal women who have hypoactive sexual desire disorder (HSDD). That's a persistent lack of desire that's only diagnosed after excluding all the other factors such as relationship issues, vaginal changes at menopause, low mood and other things that can indirectly affect sexual desire. Testosterone is not a quick fix for libido, and oestrogen-based hormone replacement therapy (HRT) may be more appropriate at menopause."

The NICE guidelines on menopause diagnosis and management, published in 2015, also take a similar stance, stating that testosterone can be considered if women are having problems with low sexual desire and other causal factors have been addressed.

"Certainly not all menopausal women need testosterone," says Henderson, "but the vast majority of women in my practice who take it feel it makes a significant difference. They're not focused on libido, but comment on increased energy levels and better endurance with exercising. It has a definite uplifting and pepping-up effect on mood and general well-being and can help with sleep.

"We need to move away from this one-track fixation that testosterone is all about libido; it doesn't work that way in women. Some of the women I see with high testosterone levels have the lowest libidos and vice versa. It's very misleading."

Looking after your health during the menopause

The menopause is a normal part of life, but that doesn't mean it's an easy process. Not everyo...

BMS guidance on testosterone replacement in menopause states there are 'no testosterone products for female use licensed in the UK' but 'it is deemed acceptable for products licensed in men (mainly gels) to be prescribed off label in female doses'. The General Medical Council's guidance on prescribing unlicensed medicines also makes it clear that patients should be fully informed of the potential consequences of using an unlicensed drug before going ahead.

Some forms of testosterone are licensed for use in the UK, but there is controversy over dosage for use in women. This is because most androgen products are designed and licensed only for men, and should be administered in much smaller amounts for women.

"We don't have useful products on the market to deliver testosterone effectively to women," Currie explains. "It is licensed in the form of implants, but they are difficult to obtain, and is provided by one form of HRT called Tibolone. A testosterone cream is also licensed for women, but only available in the UK on private prescription."

"Good-quality testosterone is only available on private prescription and it's very expensive," she cautions. "You're talking £100-£160 for a tube of cream or gel which will last three months. A product called AndroFeme, which we have to import to our clinic from Australia, is one of the only testosterone products manufactured specifically for women. It's ridiculous that it's only available to those who can afford it."

Prices remain high for testosterone products and there have been shortages in the supply chain. Although demand is on the rise - just as it is for HRT - manufacturers fear another health scare (like the recent breast cancer study) that might put women off taking it, so have limited production to avoid a potential financial loss.

As with most medications, there can be side effects from using testosterone to treat menopause symptoms. Use of testosterone in women can in some cases lead to acne, hair growth on the body (where the testosterone gel is applied), male-pattern baldness and deepening of the voice.

"When using gels which are licensed for men, but not for women, we work on the principle of providing around 1/10 of the male dose," says Currie. "So a sachet used daily for men is used over 10 days for women. It is recommended that testosterone levels are checked regularly when on treatment, aiming to keep the level in the normal range for women, thus avoiding side effects."

Henderson adds, "There's a fine line between having just enough testosterone and overdoing it. I've seen women with dreadful side effects because they've been given the wrong dose of testosterone products meant for men. If you've been over-treated and your voice starts to change, that's the one side effect of androgens that can be irreversible, whereas acne and hair growth will recover with time."

"If you think you might be testosterone-deficient, consult your GP as a first step," says Currie. "But see if you can find a GP at your practice who specialises in menopause."

"Androgens are the one area of HRT where I think it's important to seek expert advice. When prescribed by a menopause specialist, testosterone can hugely improve quality of life for many women. But it's so important to consult an expert, get the dosage right and use a quality product - ideally one that's manufactured for women."

For more information on testosterone supplementation in menopause, visit the British Menopause Society. 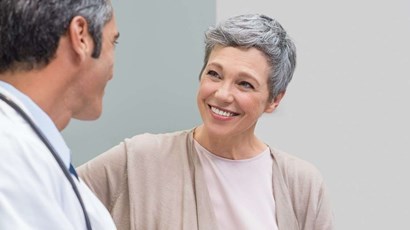 Looking after your health during the menopause 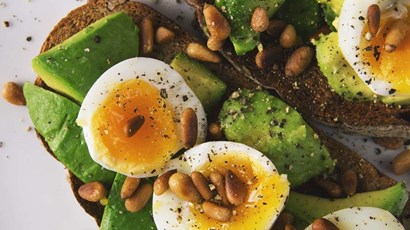 Your diet and the menopause 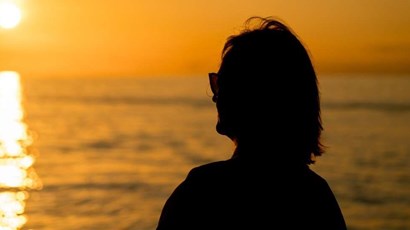 Hi, I'm new on here and was hoping for some advice please. After years of peri menopausal hell and trying different HRT treatments, I have had great success with Oestrogel and Utrogestan. I take...

Notes on What you need to know about testosterone and menopause
Share
https://patient.info/news-and-features/what-you-need-to-know-about-testosterone-and-menopause
Copy link Copied