If you’ve been injured playing football – or through any other sport – you’re probably impatient for the injury to heal so you can get back to normal. While the situation is most acute for professional sportspeople, who may miss important matches or even whole seasons, it can still be tough for ordinary people who have made sport a big part of their life.

As Charlie Bannigan, an osteopath and sports injury specialist at Joy Lane Clinic in Kent explains, the consequences of an injury can often go beyond the physical, and begin to affect a person’s mental health.

“Trying to tell an athlete or sportsperson that they cannot train is difficult, because for one they are used to training and secondly if they don’t train this could lead to them feeling very low. For some, it can lead to depression,” he says.

The temptation, then, might be to soldier on irrespective – ignoring the pain and attempting to train as you always do. In some cases, you might be able to get away with this. All sportspeople deal with twinges and niggles from time to time, and if you had to wait for your body to function 100% optimally, you likely wouldn’t train at all.

Oftentimes, however, this stoical approach can backfire. Through forcing yourself through strong pain, you risk making a bad situation worse.

“Running through significant pain can result in further damage to an already injured body part – e.g. tendon, muscle, bone,” explains Dr John Rogers, a sports and exercise medicine consultant at the Manchester Institute of Health and Performance, operated by HCA Healthcare UK. “It can also result in a significantly greater injury such as tendon rupture or displacement of a stress fracture.”

When to see a physio

So how can you gauge the severity of an injury, and know when it’s OK to return to your preferred sport?

As Rogers explains, there are several factors to take into account. Firstly, what was the mechanism of injury? If this was an acute or traumatic injury (such as a fall off a bike, or a ball hitting your eye), it’s important to seek medical attention straight away. The exception would be if you’ve mildly strained a muscle – in this case it may be reasonable to self-manage the injury first. (Try the ‘POLICE’ approach to self-management.)

If it’s an overuse injury (often caused by biomechanical factors, poor technique, or a sudden increase in training volume), you’re probably best off seeing a physiotherapist or sports medicine doctor. However, it really depends on your level of pain.

“If it's only very mild pain then the chances are you won't have done anything too serious. If it’s moderate or severe pain (4 or more out of 10) that persists over 12-24 hours then it is more likely that you have a more significant injury,” says Rogers.

Bannigan adds that one basic test is whether you are still able to perform the activity, albeit with mild discomfort.

“If it doesn’t get worse during the activity, then ice the area after each time you train,” he says. “If after two to three weeks there is no improvement in your symptoms then perhaps it’s time to see a qualified expert. A GP is fine but most only have a broad knowledge of musculoskeletal injuries, so it’s best to see a sports osteopath or physiotherapist.”

Generally speaking, swift intervention is key, as an injury should resolve much more quickly with treatment in the early stages than it might do further down the line.

“To use Achilles tendinopathy as an example, if it is treated early enough usually two to three sessions should resolve the symptoms,” says Bannigan. “But if it becomes chronic, fibrotic fibres will need to be broken down, which takes longer and sometimes requires anti-inflammatory injections.”

For those who are injured playing football, it’s generally important not to chance it, as many injuries can mask something more serious.

“The most common football injuries we see in our clinics are ankle sprains, hamstring injuries and groin pain,” says Lucy Macdonald, a physiotherapist who runs the Octopus Clinic in London.

“In all three cases, a bone fracture can be missed if they are not examined thoroughly by an experienced physiotherapist or sports doctor. Once the physiotherapist has ruled this out then they can reassure the patient with a treatment plan. This is an important part of the recovery process and continues until both player and physio are 100% confident in the player’s performance.”

The road to recovery

The physio will work with you to devise a rehabilitation plan. This may involve a referral for diagnostic tests or further treatment, as well as hands-on therapy to reduce pain and swelling.

Importantly, it will also involve certain exercises designed to strengthen muscles, improve balance and retrain skills. While you may not be able to train as you usually would, you won’t need to ‘rest’ completely either – a physio should be able to recommend alternative types of training alongside exercises for the affected body part.

“For example, an exercise that would be appropriate for many football injuries, once severe injuries have been ruled out, would be standing on one leg with the eyes closed to retrain the body’s positional sense. You can learn more about how to do this safely in this video,” says Macdonald.

Above all, the key is to train around the injury. Through keeping going in some capacity, you’ll not only recover more quickly – you’ll also be less prone to stress and frustration, and will maintain your fitness levels.

“For example, if someone has had a shoulder operation and cannot use their arm for four to six weeks, they could still train their legs and one side of the upper body with resistance exercises and do cardio on a stationary bike,” says Bannigan.

Perhaps surprisingly, if you train just one side of the body (as per Bannigan’s example), the other side will tend to increase in strength too. This phenomenon is called ‘contralateral effects’ or ‘cross education’ and may give you more incentive to keep going if you’ve injured a limb.

Whatever you do, it’s important to be proactive about management, which generally means seeing an appropriate health professional. Physio exercises may feel a little laborious, and a far cry from the sport you love. But the aim is to get you back to the football pitch or running track as quickly and safely as possible. 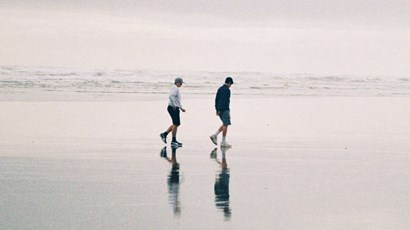 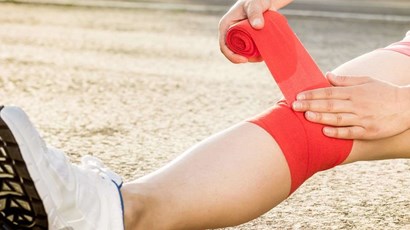 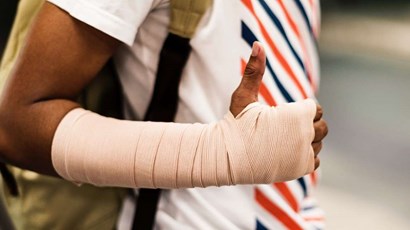 Hello! Has anyone had surgery for De Quervain's tendon problem, and if so how long was it until the pain disappeared? My sister-in-law had this surgery 4 weeks ago and still has pain in her hand...