Rabies is a very serious disease. It is passed to humans from bites or scratches from animals that carry the rabies virus.

There is no cure for rabies but there is a vaccine to prevent it. This can be given to people who are at risk of rabies.

People who should be immunised against rabies include those who work with animals, and people who travel to remote areas where medical help is not available. The vaccine can also prevent rabies infection after a high-risk bite. Treatment with an anti-serum and vaccine works well if you receive them soon after being bitten.

Rabies is a disease caused by a virus. Almost everyone who develops rabies will die from it. Fortunately there is a vaccine to prevent it which is very effective.

Symptoms usually start 3-12 weeks after being bitten or scratched by an animal (usually a dog) carrying the rabies virus. However, symptoms may occur months or even years after a bite from an infected animal. The virus passes through the cut skin and travels (gradually) into the nervous system. After symptoms develop, most people die in less than two weeks.

Symptoms of rabies include:

At present, the UK is virtually free of rabies. The strict regulations for imported animals help to keep rabies out of the UK. Animals coming into the UK must have proof they are clear of and immune to rabies. In the UK in recent years a very few people have died from rabies which they contracted from animal bites whilst abroad. There is a small risk from rabies in bats in the UK but not from other animals.

However, rabies is present in most of the rest of the world. Worldwide, there are more than 60,000 human cases each year. India has the highest number of cases of rabies. Dogs are the main carriers of rabies. Foxes, cats, bats, monkeys, raccoons and skunks can also be affected. A bite from any of these animals from any country outside the UK should be taken very seriously.

Arrange a consultation with your local pharmacist via Patient Access to discuss your travel plans or receive a rabies vaccine.

Who should be immunised against rabies?

If you're travelling abroad, you can find out if immunisation against rabies is recommended for any countries you are planning to visit from the NHS website Fitfortravel.

People who are at risk of infection with rabies are advised to have the rabies vaccine as a precaution. In the UK, people whose work puts them at risk of rabies are entitled to vaccination on the NHS:

In addition, people travelling to areas where there is a high risk of rabies may be advised to have the vaccine. This is not available on the NHS and must be paid for. This includes:

Travellers to parts of the world at risk of rabies where medical treatment may not be available. For example:

Vaccines for travellers are available through GP surgeries, some pharmacies, and travel clinics. Information on the risk of rabies in the country you are travelling to is available from a number of organisations. For example, the National Travel Health Network and Centre, and Public Health England (see 'Further Reading and References', below). Whether you need rabies vaccination will depend on:

The rabies vaccine can be given:

The injection is usually given in the muscle at the top of your arm.

Three doses of vaccine are usually given. The first injection, a second injection seven days later and a third injection 21-28 days after the first injection. The vaccine is very effective - almost 100%. That is, it will stop nearly everybody who has had it getting rabies if they are bitten by an animal with rabies. The vaccine stimulates your body to make proteins called antibodies against the rabies virus. These antibodies protect you from rabies should you become infected with this virus.

Booster doses may be required after one year and then every 3-5 years for people whose work gives them a risk of contact with the rabies virus. People who are at a smaller risk by travelling again into areas with rabies may need a booster after ten years.

If your work puts you at risk of rabies, you may need a blood test to confirm you are immune from rabies. This may need to be checked regularly and a booster dose of the vaccine given if the blood test shows you are not immune.

If you have a bite or scratch from an animal thought to be at risk of rabies (or an animal known to have rabies), you will need a course of the rabies vaccine. This may be two or five further doses of the injection. How many doses you need depends on how high a risk of rabies you have. This will in turn depend on:

These injections are available on the NHS. You will have them over a week (2-injection course) or a month (5-injection course). If you have not previously had the pre-exposure rabies vaccines, you will also have an injection of a substance called human rabies-specific immunoglobulin (HRIG). This will protect you from rabies for a short time, while you wait for your vaccine to start to work. HRIG is injected either into your wound, or into the muscle in your upper leg.

Who should not be immunised against rabies?

If you are pregnant or breast-feeding you may still be advised to have the vaccine if the risk of exposure to rabies is high.

Are there any side-effects from the vaccine?

There may be slight redness and swelling in the arm for 1-2 days, where the injection was given. Occasionally there are other side-effects such as a mild raised temperature, muscle aches or feeling sick (nausea). These soon pass without leaving any problems. Severe reactions are extremely rare.

What if I am bitten by a suspect animal?

You should avoid any contact with wild or domestic animals when travelling abroad. If you are bitten by an animal in an at-risk country then:

Wash the wound immediately with running water (and soap if possible) for at least five minutes. Disinfectant and a simple dressing may be applied to the wound.
Seek medical attention as soon as possible even if you have been previously immunised, as further treatment may be given to reduce the risk of infection. You may need to have more doses of the vaccine. You may also need to have an injection of HRIG mentioned above. This will not be needed if you have already had a course of the vaccine. 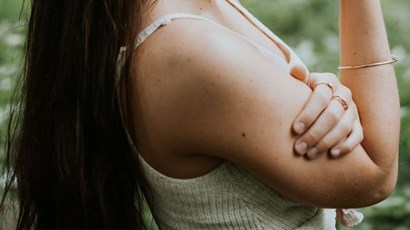 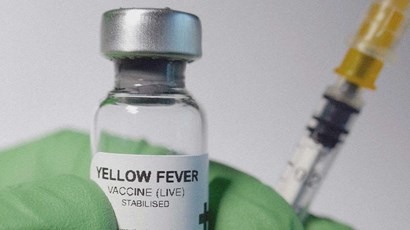 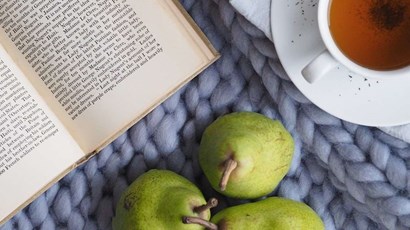 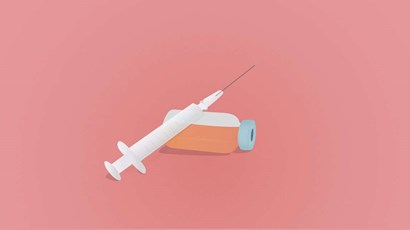