Vitamins are a group of substances needed in small amounts by the body to maintain health. Vitamin A cannot be made by the human body and so it is an essential part of the diet. Vitamin A is important for healthy eyes, good eyesight (vision), healthy skin and to help you fight infections. Vitamin A is sometimes also called retinol.

Foods that contain vitamin A include liver, milk, eggs and fish-liver oils. Another substance called beta carotene (which is found in green leafy and orange/yellow vegetables and fruits) can also be converted by your body to vitamin A.

Mild forms of vitamin A deficiency can usually be treated without any long-term problems. Vitamin A deficiency is much more common in low-income countries, where it is often very severe and can cause loss of vision and even death.

What is vitamin A deficiency?

What symptoms are caused by vitamin A deficiency?

Both mild and severe forms of vitamin A may cause an increased risk of:

More severe forms of vitamin A deficiency may also cause:

What are the causes of vitamin A deficiency?

Vitamin A deficiency may be caused by prolonged inadequate intake of vitamin A. This is especially so when rice is the main food in your diet (rice doesn't contain any carotene).

Vitamin A deficiency may also occur when your body is unable to make use of the vitamin A in your diet. This may occur in a variety of illnesses, including:

Do you need any investigations for vitamin A deficiency?

If your doctor suspects you may have vitamin A deficiency then you will need to have blood tests to:

Other investigations will include tests of vision, especially how your vision adapts to the dark.

In children, X-rays of the long bones may be useful to assess bone growth, which may be delayed in vitamin A deficiency.

What is the treatment for vitamin A deficiency?

How common is vitamin A deficiency?

Vitamin A deficiency is unusual in high income countries. However, it is very common in low income countries where it often develops because of intestinal infections and worms, and protein-energy malnutrition.

Vitamin A deficiency is the biggest cause of preventable blindness in children worldwide. It is the most common nutritional deficiency in the world.

An increased risk of vitamin A deficiency occurs in:

The most easily absorbed form of vitamin A is fat-soluble, and is absorbed as fat is broken down in the small bowel, so people who are on an extremely low-fat diet or are taking medication to reduce fat absorption, such as orlistat, may be at risk of vitamin A deficiency.

What is vitamin A?

Vitamins are a group of substances needed in small amounts by the body to maintain health. Most vitamins, including vitamin A, cannot be made by the human body and so they are an essential part of your diet. Vitamin A is sometimes also called retinol.

Can vitamin A deficiency be prevented?

A regular intake of vitamin A-rich foods will usually prevent vitamin A deficiency as long as you do not have any long-term condition preventing your body from using the vitamin A in your diet. Liver, beef, chicken, oily fish, eggs, whole milk, fortified milk, carrots, mangoes, orange fruits, sweet potatoes, spinach, kale and other green vegetables are among foods rich in vitamin A.

Eating at least five servings of fruits and vegetables per day is recommended.

Various foods, such as breakfast cereals, pastries, breads, crackers and cereal grain bars, are often fortified with vitamin A.

For people at increased risk, especially young children, vitamin A supplements can reduce the risk of symptoms, permanent loss of vision, and the risk of dying.

What foods contain vitamin A?

There are two main groups of sources of vitamin A. The first is vitamin A itself, or retinol. This is found in animal products, especially liver, fish and cheese.

Liver is the richest source of vitamin A. A single helping of liver contains more than the recommended minimum intake of vitamin A for a week. For this reason it is not a good idea to eat liver more than once a week, as overdosing on vitamin A can be as dangerous as not getting enough.

Oily fish such as mackerel, herring, salmon and tuna are also rich in vitamin A. Tuna is the highest, with about three times as much vitamin A per 100 g as other fish. There is also vitamin A in shellfish. Cod liver oil contains quite a lot of vitamin A, so you need to be aware of this if you take it as a food supplement, so that you don't end up having too much vitamin A.

Dairy products are a good source of vitamin A. Because vitamin A is a fat-soluble vitamin, the amount in skimmed milk is very much lower than that in full cream milk. In some countries, milk is fortified by law with vitamins, including vitamin A, but currently in the UK this is not the case. Hard cheese such as cheddar has a higher level of vitamin A than soft cheeses.

Eggs also contain quite high levels of vitamin A.

Another substance called beta carotene can also be converted by your body to vitamin A. Beta-carotene is found in fruits and vegetables. However, you need to eat a lot more of these sources to get the vitamin A that you need than you do with animal sources.

Orange vegetables have the highest level of beta carotene: sweet potatoes, pumpkin, carrots and squash. Other coloured vegetables such as red peppers, have quite a bit in them. There is also quite a lot in green leafy vegetables such as spinach, greens and lettuce, although it is harder for the body to use the carotene from these sources. The body can use the vitamin A more easily in cooked or processed vegetables than in raw ones.

Vitamin A is most readily absorbed in fat particles in the gut (intestine), so making sure there is some fat in your meal - for example, a little oil in your salad dressing - will help you to make use of the beta carotene.

In general, a healthy balanced diet will provide the vitamin A that you need.

How much vitamin A do I need?

The recommended daily amount of vitamin A an adult needs is 0.7 mg for men and 0.6 mg for women. A healthy diet that includes some of the foods listed above daily is sufficient for healthy adults. Therefore, otherwise healthy adults do not need to take vitamin A supplements.

Any excess vitamin A can be stored by the body. Therefore, you don't need to eat the recommended amount of vitamin A every single day.

Supplements and fortification for Vitamin A Deficiency

Many people take a multivitamin which will contain a recommended daily amount of vitamin A. In higher income countries, it is not necessary for most people to supplement the vitamin A which is available through a balanced diet, but taking this small amount daily is unlikely to do any harm.

Vitamin A is included in Healthy Start vitamins for children, which are available for some babies and children in the UK.

Some foods are fortified with vitamin A. This means that extra vitamin A is added to them as part of the manufacturing process. These products include dried skimmed milk powder, breakfast cereals and hard spreads such as margarine. In the UK, this fortification is voluntary but in some countries it is a legal requirement.

What is vitamin A used for?

Vitamin A is important for healthy growth and development.

It is used in the immune system to help you fight infections.

Vitamin A is important for pregnant women as it is essential for the development of the the baby's brain, limbs, heart, eyes and ears. Vitamin A deficiency in pregnant women is more likely to occur during the later part of pregnancy when the growing baby's requirement for vitamin A is highest, and it can cause night blindness and increase the risk of death. However, too much vitamin A in pregnancy can cause birth defects.

Can I take too much vitamin A?

If you regularly have more than 1.5 mg of vitamin A per day then you may develop problems because of high vitamin A levels.

Vitamin A poisoning in the short term (for example, 150 mg at once) can cause nausea and vomiting, headache and some nervous system (neurological) problems.

A very high intake of vitamin A over a long period of time can cause problems such as rough skin, dry hair and an enlarged liver. Taken over the long term it may weaken bones, increasing the risk of fractures. 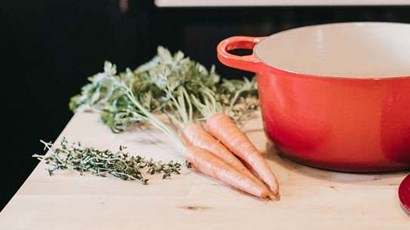 Hi everyone,I wanted to hear from all vitamin D deficients out there.I have been ill sincd August 2017 and noticed that my symptoms were only getting worse. Before getting noticeably ill, a blood...