Is DNA testing a good idea?

'DIY' genetic tests are heavily hyped these days - they claim to be able to predict your risk of dementia, cancer, heart disease and much more. But should you shell out your money for them? Absolutely not, according to most doctors. However, there are situations where DNA tests can save lives.

Where DNA testing kits are concerned, there's a whole host of options if you look online or in the shops. Some offer to tell you if you're at higher risk of certain conditions; some promise insight into your sporting ability or what your children will be talented in; others suggest the most effective kind of diet for you if you want to lose weight.

Sound too good to be true? That's because, on the whole, it is. What's more, the results can cause huge unnecessary concern.

DNA tests have built on the positive coverage of some of the amazing medical advances of recent years. Personalised treatment for some cancers is now the norm, because genetic tests can predict which treatments you are most likely to respond to.

Let's start with the limitations. Many of the tests offered by home DNA tests aren't very accurate. They could give you a 'false negative' - where you get the all clear but you are at risk. This could lull you into a false sense of security, so you ignore warning symptoms when they happen.

They could also give you a 'false positive - where you're told you have a risk, or a condition, when in fact you don't. This is highly likely to be worrying - especially because you may not be able to get any further tests done on the NHS.

Are there any benefits?

But what about the 'true positive' - where you're advised of a risk that really does apply to you? Even here, it's not straightforward. Let's say you get a result that says your risk of developing dementia is increased by 50%. What does that mean?

These increases are 'relative' increases - you're at higher risk compared to other people. But if your risk was very low in the first place, even doubling that risk wouldn't make much difference. To put it into perspective, you have a 50% higher chance of winning the lottery if you buy three tickets this week rather than your usual two - but it's still extremely unlikely. So even if the test is correct in saying your risk is increased, this information is often useless when it's put into perspective.

So on balance, the advice is that you shouldn't do any of these tests without speaking with your doctor. Sometimes, of course, DNA testing can be life-saving. For instance, if you carry a faulty BRCA gene, linked to a hugely increased risk of cancer, regular screening or preventive treatment may be recommended. But this is available on the NHS, which is where it should stay.

Additionally, if more than one member of your immediate family has had breast or ovarian cancer, speak with your GP - DNA testing may be indicated. Since a DNA test has implications for your whole family as well as you, don't get one without advice from your doctor.

It's estimated that one in 25 children in the UK are affected by a genetic disorder - that's aro...

The exception to the rule

One area where I, and many other doctors, would like to see more genetic testing is FH, or familial hypercholesterolaemia. This inherited form of high cholesterol affects more than 250,000 people in the UK. There are some early warning signs, including:

NICE - the National Institute for Health and Care Excellence - says everyone with possible FH should have DNA testing to confirm the diagnosis, because treatment can prevent early death from heart disease. But most adults don't have a cholesterol check until their 40s or 50s, by which time it might be too late.

To date, only a tiny proportion of people in the UK with FH have been picked up. If we could persuade the government to screen children for raised cholesterol and, if raised, do DNA testing on them and all their families, we could save hundreds of lives. 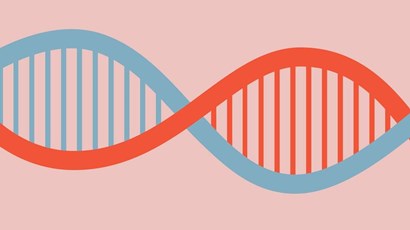