It is estimated that 50% of people who undergo a lung transplant will survive for at least five years after the surgery. A long-term survival rate of just half of all patients shows that lung transplants carry considerable risks. Lung transplants are therefore typically a last-resort treatment for fatal conditions.

How many people survive a lung transplant?

In the last year, 91 people have undergone a lung transplant in the UK. Survival of the surgery is around 90%, according to the British Transplantation Society (BTS). Most of these people will survive for at least a year after the operation, and one 2017 study puts this figure at 85%. However, this study also emphasises that this figure has not improved in recent years, despite technological improvements in the field.

Just 50% of people are expected to survive beyond five years after having a lung transplant. Research suggests that the average number of years that transplant recipients live for post-surgery is 6.2 years. Of those who survive the first year, the median of years of survival then becomes 8.3 years. Although rare, there have also been documented cases of people living for over 20 years.

While these odds may seem grim, it is important to remember that those eligible for a transplant typically have no other treatment options and have a life expectancy without treatment of 2-3 years or less.

What is a lung transplant?

People of almost all ages can be eligible for lung transplants, from newborns to adults up to 65 years and sometimes older.

What are the types of lung transplant procedures?

There are four types of lung transplant procedures:

Who may need a lung transplant?

People who have serious lung problems that can't be improved with other treatments and those whose life expectancy is less than 2-3 years are the usual candidates for lung transplant.

The following conditions can cause serious lung damage and may be treated with a lung transplant:

There are also other diseases that can cause serious lung damage, including certain hereditary conditions. Not everyone who has these conditions needs a lung transplant. It is also not advised to have a lung transplant as a treatment for lung cancer.

Would you know what to do if someone was choking? Or if they lost consciousness? Knowing first a...

A lung transplant is a complex surgical procedure, and it carries a high risk of complications. That said, it has proven to be an effective treatment for people with severe lung problems. Lung transplants can greatly improve a person's quality of life, reduce symptoms of breathing difficulties and significantly extend their life expectancy.

It is important to discuss both the potential risks and benefits with your healthcare specialist. Your risks may vary depending on your general health and other factors.

The main risks of lung transplants include:

As a result, a person shouldn't have a lung transplant if they have:

A major risk is that the immune system will reject the new lung(s). When a foreign organ is transplanted into a body, the immune system sees that object as a threat and attacks it. This is a normal, healthy reaction: as a result, lung transplant recipients need to take immunosuppressant medicines, which reduce the chance of rejecting the organ.

It is important to contact your specialist if you experience any of the following signs of rejection:

Studies have shown that lung transplant rejection leads to acute graft failure, and this then causes chronic lung allograft dysfunction (CLAD). The most common form of CLAD, bronchiolitis syndrome (BOS), is the main cause of death in people who have received lung transplants. Half of these people develop BOS within five years of the transportation.

Side effects of anti-rejection medication

Anti-rejection medicines, known as immunosuppressants, carry other potentially serious risks. As well as increasing the chances of infection, they can lead to the development of other serious conditions, including:

Other side effects include:

Infection from a lung transplant

Infection is always a risk during lung transplant surgery, but this risk is increased by taking immunosuppressants. Studies have found infection to be "a significant complication" that represents the "most common cause of death within the first year".

In addition to reducing the chance of rejection, these immunosuppressant medicines also reduce the immune system's ability to fight off bacteria, viruses and fungi. This in turn makes recipients more prone to severe infections. Anyone who has had a lung transplant needs to take steps to avoid infection, and to seek prompt treatment at the first sign of infection. These include:

Considering the risks, benefits and management of a lung transplant

The risks will differ from person to person, depending on factors such as age and other existing health conditions.

Your healthcare specialist will talk you through the risks of a lung transplant as well as the potential benefits.

You will also need to consider the long-term management after having a lung transplant. You may need to take immunosuppression medication for the duration of your life. Modulating your natural immune system response is critical in preventing organ rejection. 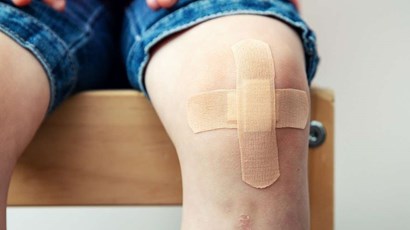 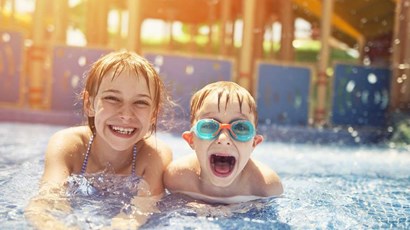