Inflammation is a good thing in the right circumstances. Let’s take an example such as bashing your toe against a rogue paving stone. The toe swells up due to fluid and immune substances, like macrophages, rushing to the area to assess and fix the damage. Your toe stiffens and feels sore, making you want to rest it. After several days, the swelling and stiffness recede and gradually your toe feels better. Now you can get out walking again.

This response to injury, harmful bacteria or foreign bodies is called acute (short-term) inflammation. It's the natural way of isolating and healing areas of the body that are damaged or affected by illness. However, problems can arise when inflammation becomes chronic, or is caused by an overactive immune system leading to so-called autoimmune conditions. In this article, we'll look at how your diet could help keep these less helpful types of inflammation at bay.

Scientists now believe that chronic low-level inflammation is one of the underlying causes of conditions such as heart disease, stroke, type 2 diabetes and cancer. We still don't know exactly what causes chronic inflammation but the following factors may be linked:

Like an army, the immune system gets fired up when it senses injury or invaders (such as bacteria or foreign bodies). Unfortunately, in some people, the immune system is on constant high alert even when there is no real cause. It can falsely recognise part of your body as an invader or enemy, turning on it and attacking it. This can lead to conditions such as Crohn's disease, ulcerative colitis, rheumatoid arthritis, lupus, multiple sclerosis, overactive thyroid gland, type 1 diabetes, and psoriasis.

These autoimmune conditions vary in their severity but are often characterised by periods of relapse and remission. Symptoms are typically managed using medicines or other treatments prescribed by healthcare professionals, although some conditions can benefit from changes to diet and lifestyle. Examples include the use of high-dose fish oil supplements for symptomatic relief in rheumatoid arthritis and psoriasis, and following a low FODMAP or elemental diet for Crohn's disease.

How to tackle chronic inflammation

Staying within a healthy body weight range, avoiding smoking, keeping unhealthy snacks and drinks to a minimum, as well as regular exercise can all help to reduce chronic inflammation. One study found that people with type 2 diabetes who switched one sedentary hour for an hour of physical activity reduced their CRP levels (a marker of inflammation) by 24% over a six-month period.

We often hear that some foods are anti-inflammatory while others are pro-inflammatory. However, the evidence for much of this is lacking. Media stories blaming red meat, dairy foods, white flour, sweeteners and additives are wide of the mark. Individually, these foods will have little effect on inflammation, as it is the whole diet that matters.

So what does the evidence show? Firstly, that diets that overstimulate blood sugars and insulin are bad for inflammation. These include diets that are low in fibre and high in foods such as white bread, white rice, mashed potatoes, cakes/biscuits, sugary drinks and confectionery. Secondly, that inflammation can be boosted by excess alcohol, saturated fats (cream, butter, lard, fatty meats) and deep-fried foods.

On the other side of the equation, there is a wide range of foods to help calm chronic inflammation. In a study of 772 people, scientists found that a Mediterranean diet (olive oil, nuts, fruit, vegetables, fish) was more effective at reducing inflammation than a low-fat diet.

There is also evidence that specific foods, drinks and nutrients can help lower inflammation as described in a review paper from Southampton University. These include:

Rich in antioxidant vitamins A and C, as well as beneficial plant compounds called polyphenols.

The best source of omega-3 fats which have a powerful anti-inflammatory effect. Try to eat mackerel, salmon, herring, trout or tuna at least once a week or take a daily fish oil supplement if you don't like fish.

Rapeseed or olive oil can be used instead of the less beneficial vegetable cooking oils or lard.

Nuts and seeds are rich in healthy unsaturated fats and a good source of fibre, as well as the antioxidant vitamin E.

Studies show that turmeric and garlic are anti-inflammatory. These can be used in curries or stews.

Around 2-4 cups a day have been linked with reduced inflammation.

Whole grains, beans and pulses all help to boost healthy bacteria in the gut, which may help to rebalance the immune system.

Rich in polyphenols but go easy on chocolate. Studies show that 20 g of dark chocolate every few days can reduce inflammation but more than this is unhelpful.

Inflammation is lower when your vitamin D levels are optimal. Aim to get out in the summer sun daily for 15-20 minutes and take a supplement in autumn and winter.

While binge drinking is a bad idea, small amounts of wine or beer can be anti-inflammatory. Follow the Chief Medical Officer's weekly guidelines by drinking fewer than 2 units a day (1 unit is half a pint of beer, or a small glass of wine). 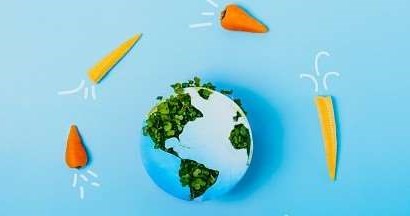 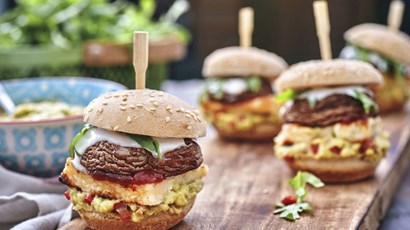 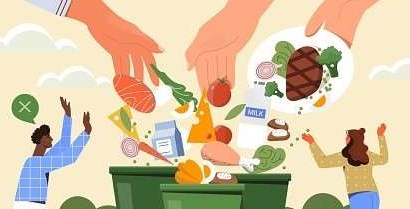 Notes on What is inflammation?
Share
https://patient.info/news-and-features/what-is-inflammation-and-how-can-we-prevent-it
Copy link Copied