Flu vaccines are generally available at the end of September or beginning of October in GP surgeries and most pharmacies. With flu season often peaking in January, when is the best time to get vaccinated?

Who is eligible for a flu vaccine?

Many doctors are worried that flu season this year may be worse than in previous years, due to the fact that fewer people were infected with the virus during the last season. In addition, there's real concern that when COVID-19 cases rise in the autumn, as they inevitably will, a combination of flu and COVID-19 could put the NHS under even more serious strain.

As a result, the government has confirmed that this year more people than ever will be eligible for a flu vaccine. The programme, due to start in September, has been extended to include not only children aged 2 and 3 years on 31 August 2021 and all children in each year group at primary school, but also all secondary school pupils who haven't reached the age of 16 by 31st August 2021. This vaccine will be administered in the form of a nasal spray.

In addition, as with last winter, free vaccines will be offered to all adults aged 50 and over, front-line medical staff, carers, pregnant women and those who are deemed clinically vulnerable - for example, those with asthma, diabetes or a high BMI. Another group newly eligible for free NHS vaccination is people who live with someone whose immune system is suppressed.

For those who are not eligible for a free vaccine, the jab will be available to purchase from most pharmacies and some supermarkets for around £10. Even if you are not deemed high risk, it's worth considering taking advantage of the extra protection.

While roll-out for the COVID-19 vaccine was staggered in order to vaccinate the most vulnerable first, no such plans are in place for the flu vaccine roll-out at present.

The government is also planning a roll-out of COVID-19 boosters for the most vulnerable adults, but it is not yet clear whether these will be given alongside the flu jab or separately. NHS England has advised GPs to make plans to provide both vaccines together where possible. However, results of a study looking at safety and effectiveness of the combination are still awaited before a final decision is made.

Why do people need a vaccine each year?

With many illnesses, one jab is enough. So why is it important to get vaccinated against the flu every year?

"We have seasonal flus every year that move across the planet differently. They tend to drift depending on their genetic makeup, and are always evolving," explains Dr Stephen Griffin, Virologist and Associate Professor at Leeds Institute of Medical Research.

So while you may have had flu in previous years, or been immunised in the past, any immunity you retain will not have the same effect against a new form of seasonal flu.

With COVID-19 hitting the headlines, seasonal flu has taken a back seat in our minds. But wherea...

Is the vaccine effective?

Every year, there will be some people who have received a vaccine but go on to contract the flu. Variations in the makeup of the jab mean that immunity can range from 30-90%. This is because different flu strains and variants exist and scientists monitor these closely in the hope of predicting the likely makeup of seasonal flu. As there is a degree of estimation in these calculations, some years a vaccine proves more effective than others.

Not everyone gets their vaccine as soon as they are notified one is available, and you may be accustomed to waiting until November or December, when rates ordinarily start to rise. However, this year it might be more important than usual to take up the vaccine offer in a timely fashion. "As the flu season was minimised last year due to COVID-19 measures, it may be less predictable this year," explains GP Dr Claire Ashley. "Now that people in the UK are mixing more freely, we've already seen a surge in respiratory viruses in the UK, including RSV (respiratory syncytial virus - the virus that causes the common cold) and Croup - usually these are not seen until the winter months.

"Because of this, I would advise people to get a jab as soon as it's offered," says Dr Ashley. "It doesn't take very long to develop immunity after the jab - about ten days to two weeks. Normally the flu tends to be at its worst from January to March, but if you have your vaccine in September you will still have your immunity when that time comes."

There are already signs that demand for vaccines this year may be unprecedented. With our awareness of vaccines and their importance heightened by the COVID-19 vaccination programme, as well as concern about getting COVID-19 and the flu simultaneously, many people are lining up to get their flu jab.

High street chemist 'Boots' has already reported strong early demand for jabs, with 57% more sign-ups to its waiting list in the opening week than last year. The pharmacy is planning to provide vaccines to three times more people than last year - and is aiming to administer 3 million doses.

"Flu can be a nasty virus that makes you feel extremely unwell. It can pose a serious risk to older people and others in vulnerable categories. Increased take-up of flu vaccinations will not only protect you but also protect the NHS from being overwhelmed by serious flu cases," advises Marc Donovan, Chief Pharmacist.

The message is clear: if you're eligible for or planning to get a flu jab, sooner is probably better than later. 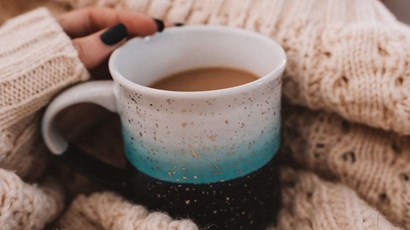 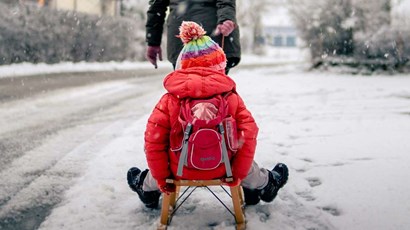 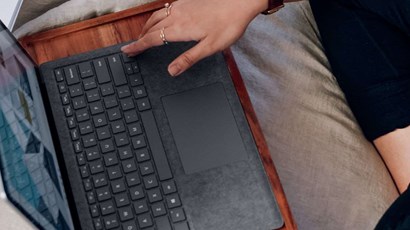