Why are some viruses seasonal?

Cold and flu viruses are associated with autumn and winter. But the explanation for why respiratory viruses peak in the colder months is far from clear.

Winter is coming and that's when respiratory viruses such as colds and flu tend to strike. There are fears cases of COVID-19 will also surge in cold weather, potentially leading to large numbers of hospital admissions and deaths like we saw during the peak of the crisis in March. If this coincides with a bad flu season, doctors will be dealing with a double whammy of infectious disease.

But we don't yet know if this will be the case. There isn't a simple answer to why some illnesses become more of a problem in the colder months.

Professor Ron Eccles, emeritus professor at Cardiff University and founder of the (now closed) Common Cold Centre reveals there are several possible explanations for why colds and flu hit harder in winter. And some are more to do with human behaviour than the properties of viruses themselves.

"The first one is crowding," he says, pointing out that people tend to gather indoors rather than outside as soon as it gets colder. Early research into the virus that causes COVID-19 has shown us that there's less risk of contracting the illness outdoors compared to inside.

Cold and flu outbreaks tend to coincide with the return of children to school in autumn which suggests lots of people gathering together could play a role. "It's not something that is demonstrated with concrete evidence, but it seems logical that crowding is important," says Dr Sema Nickbakhsh, an epidemiologist at the University of Glasgow's Centre for Virus Research.

Eccles suggests avoiding crowded places could therefore reduce the risk of not only spreading the coronavirus but colds and flu too. But it's probably not the full picture. "I don't think crowding is the biggest factor," he counters. "Because if you look at events and public transport in big cities, it's just as crowded in the summer as it is in the winter."

One possible reason for why colds and flu thrive in cold weather is sunlight. Or, rather, the lack of it in the colder months in the UK. This might impact respiratory viruses in a couple of ways.

"First of all, UV light kills viruses. But also our vitamin D levels are higher in summer than they are in winter," says Eccles.

Vitamin D is an important nutrient that has been shown to support a healthy immune system. Your body can make vitamin D from sunlight from April to September in the UK. But for the rest of the year, the UV radiation from the sun isn't enough to make the nutrient. That's why the NHS has advised for some years that people take a daily vitamin D supplement in autumn and winter. Theoretically, being deficient in vitamin D might make you more susceptible to respiratory viruses like cold and flu. And there is some early research to suggest it might help protect against COVID-19 too: NHS advice has been updated to recommend vitamin D supplementation all year round for everyone, rather than just for those at highest risk of deficiency, at present.

Are vaccinations going to change during the pandemic?

Flu season is fast approaching, and the NHS is bracing itself for the usual strain winter ailmen...

A load of cold air

Perhaps the most likely explanation for cold and flu season is the most obvious one. In 2002, Eccles suggested there was a correlation between air temperature and viruses that affect the nose and throat. "The colder the weather, the more infections we see," he says. "In winter we put our overcoats on but our nose is still directly exposed to the external environment. We think cooling the nose lowers our defences to respiratory infection and allows the virus more opportunity."

Cold air causes the blood vessels in your nose to constrict. And Eccles found this also slows tiny hair-like cells called cilia found there. These cells beat mucus back and forth to keep the respiratory passages healthy.

"Cooling will also slow the activity of the white cells that fight the infection at the level of the nose," adds Eccles. "So if you slow them down it's almost like slowing the army down."

Animal experiments have shown flu is more likely to survive in cold temperatures and low humidity. "These conditions enable it to infect cells or transmit between individuals more readily," says Nickbakhsh.

She and colleagues at Glasgow looked at what happens when respiratory viruses such as colds and flu interact with each other. They found people were less likely to catch flu or the common cold if they were already infected with the other virus.

More recent work by the group suggests the coronavirus that causes COVID-19, may find itself in competition with other circulating viruses. But far more research is needed to prove this theory. And as COVID-19 is a very new illness, there's not much data to go on yet. Importantly, research from Public Health England suggests that people infected with both flu and COVID-19 are twice as likely to die as those who contract COVID-19 alone.

How to protect yourself this winter

To boost your chances of staying healthy in winter, it's important to stick to the advice we've all been told to follow to stop the spread of the coronavirus. It might help you avoid picking up a seasonal illness too. Avoid crowded places; wear a mask in busy, poorly ventilated areas; and wash your hands regularly. And if you have a high temperature, continuous cough, or loss of normal taste and smell, make sure to self-isolate and get a COVID-19 test.

Eccles believes wrapping up warm and covering your nose with a scarf are also a good idea when you go out in cold weather. It's an especially useful trick for people with asthma as cold air can bring on an attack.

"Rather than say we're in for a bad season of COVID and flu, if we maintain the social distancing, hand washing and face masks in crowded areas, we could knock down both illnesses," he says.

Is it safe to have the flu jab when you're pregnant? 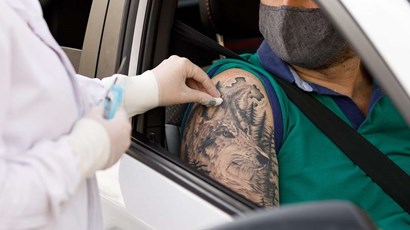 Are vaccinations going to change during the pandemic? 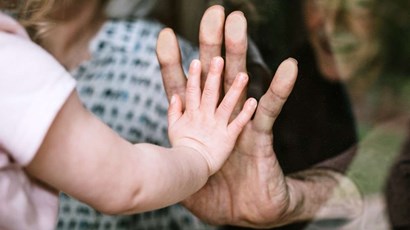 Why do kids need the flu jab? 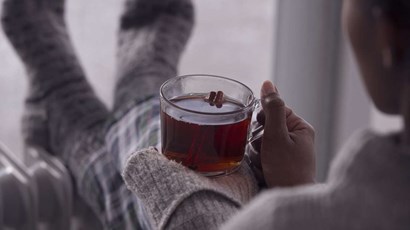 How to manage your flu symptoms at home