You've spent the winter looking forward to spring and summer. But for many, the warmer weather can bring about the unwanted symptoms of hay fever - even if they've never experienced these symptoms in the past.

Can you develop hay fever later in life?

Whilst many of us assume that hay fever is something that develops in childhood, about one in five people with this condition develop hay fever symptoms for the first time when they're over 20. So what might cause us to develop hay fever and how can we manage our symptoms?

The likelihood of our developing allergies is written into our genes and around a third of adults in the western world are thought to be potentially susceptible to developing an allergy. However, it's important to remember that this is only a susceptibility - many people born with these tendencies will never go on to develop active symptoms.

"Most people only carry antibodies to viruses and bacteria," explains Dr Runa Ali, consultant physician in Allergy and Asthma at King Edward VII Hospital, London. "But a third of people also carry antibodies to common things such as pollen or peanuts. However, of this number, only half will go on to develop real-life symptoms."

What are the triggers for allergies?

We may know that some people are susceptible to allergies such as hay fever in later life, but unfortunately, the mechanisms that lead us to develop an active allergy are not yet fully understood.

"Hypotheses about what might shake up your immune system include suffering a severe infection like pneumonia, being exposed to pollution or going through hormonal changes," explains Ali.

"However, even if we identified the people who were susceptible, it wouldn't give us any warning about who will end up being allergic and who wouldn't. In fact, if you were positive to a certain allergen, you might avoid it, but in fact, exposing yourself might keep you tolerant!"

Clearly, this is completely different to people with a proven allergy, especially severe ones such as anaphylaxis, where total avoidance of any exposure to the allergen is recommended.

Therefore, the important thing is to remember that an allergy like hay fever may develop at any time. If you start experiencing symptoms of hay fever or another allergy, make sure you speak with your pharmacist or GP for advice.

What are the symptoms of hay fever?

Most of us are familiar with the main symptoms of hay fever: watery, itchy, or irritated eyes, congestion, coughing and sneezing. However, as many don't realise they can develop hay fever as an adult, they assume they are suffering from a cold.

With hay fever taken off the table, many adults put their symptoms down to having a drawn-out cold - and without the right remedies or approach, may suffer for several weeks unnecessarily.

People whose symptoms are drawn out may also go on to develop secondary symptoms such as fatigue, irritability, headaches and low mood, simply because they have felt under the weather for some time.

Conversely, some people who have been diagnosed with hay fever may write off other symptoms they are experiencing, assuming they are also to do with their allergy. However, this is not necessarily the case and any new or unusual symptoms should be treated with individual concern.

How can we protect ourselves against hay fever?

There may not be any way at present to avoid developing hay fever or another allergy if we are born with a susceptibility. However, luckily, there are plenty of remedies that will relieve the symptoms if we do develop them.

If you think you may be suffering from hay fever, it's important to go to your doctor to have this confirmed. Once diagnosed, there are a wealth of different treatments - both over the counter and prescribed - that can minimise the symptoms. These include nasal corticosteroid sprays, antihistamines and decongestants designed to treat the irritation and inflammation associated with hay fever.

As well as taking any prescribed or recommended medication, there are other ways in which sufferers can reduce their risk of symptoms.

"The pollen count is often higher at night, so if you suffer from hay fever you should try to sleep with the windows closed," advises Ali.

"When you drive, it's also helpful to use the air conditioning rather than opening the windows. Taking holidays by the sea where the pollen count is low is a good idea, as is avoiding overly grassy areas when possible. Finally, wearing glasses or sunglasses can provide some protection for your eyes."

While we might not be able to control our susceptibility to developing hay fever, knowing that the condition can develop at any age means we're more likely to seek the right help in a timely manner - minimising the risk of suffering.

Once diagnosed, taking prescribed medication and sensible precautions should mean that you can get outside and enjoy the warmer weather without having to suffer as a result.

And that's something that shouldn't be sneezed at. 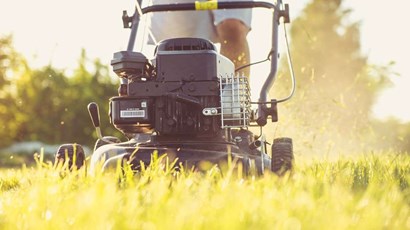 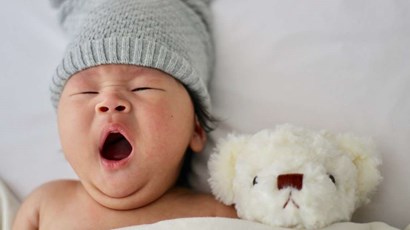 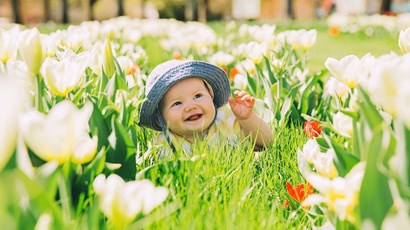