Measles is caused by a highly contagious virus and it can cause serious complications in anyone who contracts it. We ask two experts how to recognise symptoms and why it is so important to be vaccinated against the disease.

In 2016, only 5,273 cases of measles were reported in the World Health Organization (WHO) European Region, a record low. The following year, Public Health England (PHE) reported 267 confirmed cases of measles in the UK, half the number recorded in 2016.

But in January 2018 came the news that cases in Europe had increased four-fold in 2017, with a decline in immunisation rates partly to blame for the disease's resurgence.

Is the MMR vaccine safe?

"Unlike the diseases they prevent, vaccines are very safe," confirms Dr Patrick O'Connor, team lead in the WHO Vaccine-preventable Diseases programme.

He points out that the measles vaccine continues to be highly effective. In the majority of cases, two doses given at the appropriate times provide full protection for at least several decades of life.

So why are some parents so wary of allowing their children to be vaccinated?

"Discredited research suggesting a link between the measles, mumps and rubella (MMR) vaccine and autism caused many parents to decide against having their child vaccinated," explains GP Dr Clare Morrison. "To some extent this mistrust still continues today, despite official NHS advice, and education from health visitors and doctors.

"Measles is most common amongst children, and those who haven't been vaccinated are the most at risk. This includes babies who haven't yet had the routine MMR vaccination and those whose parents deliberately avoided the vaccine due to misplaced health scares."

Measles is caused by a highly contagious virus spread by coughing and sneezing, close personal contact, or direct contact with infected nasal or throat secretions.

The virus infects the respiratory tract then spreads throughout the body. It can be transmitted by an infected person from four days before to four days after a rash appears. The measles virus can stay active and contagious in the air or on infected surfaces for up to two hours.

The first sign of measles is usually a high fever, which can begin anywhere from seven to 21 days after exposure to the virus - although 10-12 days is most common - and lasts four to seven days.

"A runny nose, a cough, red and watery eyes, and small white spots inside the cheeks can develop in the initial stage," explains O'Connor.

"After several days, a rash erupts, usually on the face and upper neck. Over about three days, the rash spreads, eventually reaching the hands and feet. The rash lasts for five to six days, and then fades. On average, the rash occurs 14 days after exposure to the virus (within a range of seven to 18 days)."

Any non-immune person - anyone who has not previously had the disease, has not been vaccinated or was vaccinated but did not develop immunity - can become infected, O'Connor adds.

"If the child is over 6 months old, the best strategy is to have the MMR vaccine within 72 hours of contact," says Morrison. "If they are under 6 months old, then an injection of 'human normal immunoglobulin', or 'HNIG', may be recommended. This needs to be given within six days of exposure, and gives temporary but immediate protection.

"Measles cases must be notified to the local Health Protection Team (HPT), by the patient's doctor. A child with measles should stay off school until at least four days after the rash appears."

The most serious include loss of vision, encephalitis (an infection that causes brain swelling), severe diarrhoea and related dehydration, ear infections, or severe respiratory infections such as pneumonia.

"No specific antiviral treatment exists for measles virus," he says. "However, severe complications from measles can be avoided through supportive care that ensures good nutrition, adequate fluid intake and treatment of dehydration. Antibiotics should be prescribed to treat eye and ear infections, and pneumonia."

Measles is highly contagious, and will spread wherever there is a cluster of susceptible people.

Morrison points out that in more than 20 years as a GP, she has never seen a case of measles. However, she warns against complacency.

"Some parents rely on 'herd immunity', ie the fact that most other people are immune, and that therefore the risk of contact is relatively low," she says. "However, you only need a few people to be unvaccinated for a mini-epidemic to start, or the child might come across the infection while travelling abroad."

What advice would Dr Morrison give to parents concerned that their children may have contracted the measles virus?

"If your child comes into contact with measles, but has had the routine vaccines (given at around 12 months and again at 15-18 months), they are unlikely to catch it," she says. "Even just the first vaccine gives 93% immunity.

"However, if your child becomes unwell and you think they may have measles, it's important to get medical advice straightaway, as it can be a dangerous disease, and prompt assessment is important to reduce the risk of life-threatening complications." 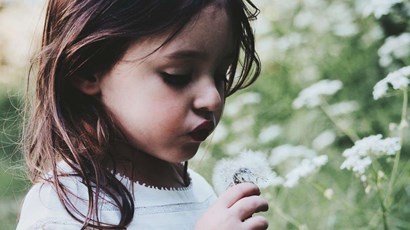 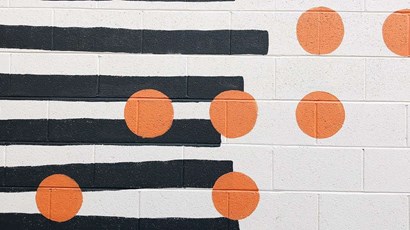