If you have inflammation in a part of your body then certain types of extra protein are often released from the site of inflammation and circulate in the bloodstream. Healthcare professionals use blood tests to assess if a person has inflammation happening. The tests are not very specific and many different types of conditions can affect the blood result. More investigations may be needed to sort out the exact cause of the problem.

Erythrocyte sedimentation rate (ESR), C-reactive protein (CRP) and plasma viscosity (PV) blood tests are commonly used to detect increase in protein in the blood. In this way they are used as markers of inflammation.

A blood sample is taken and put in a tube that contains a chemical to stop the blood from clotting. The tube is left to stand upright. The red blood cells (erythrocytes) gradually fall to the bottom of the tube (as a sediment). The clear liquid plasma is left at the top. The ESR measures the rate at which the red blood cells separate from the plasma and fall to the bottom of a test tube. The rate is measured in millimetres per hour (mm/hr). This is easy to measure as there will be a number of millimetres of clear liquid at the top of the red blood after one hour.

If certain proteins cover red cells, these will stick to each other and cause the red cells to fall more quickly. So, a high ESR indicates that you have some inflammation, somewhere in the body.

Levels of ESR are generally higher in females. Also the level increases with increasing age.

This is sometimes called an acute phase protein. This means that the level of CRP increases when you have certain diseases which cause inflammation. CRP can be measured in a blood sample. The CRP test measures the level of one specific protein, whereas the ESR takes account of many proteins.

The conditions which the ESR test monitors can also be monitored by the PV test. It is another marker of inflammation. However, it is more difficult to perform and is not as widely used as ESR testing.

What are the normal values for ESR, CRP and PV?

These 'normal ranges' provide a guide. However CRP, ESR and PV levels can vary with factors such as age, pregnancy and between different hospital laboratories. The importance of the test result therefore needs to be considered in the context of each individual person.

Raised ESR, CRP and PV levels are all markers of inflammation. Generally, PV and ESR do not change as rapidly as CRP does, either at the start of inflammation or as it goes away. CRP is not affected by as many other factors as the PV or ESR, making it a better marker of some types of inflammation. PV, however, is more sensitive and more specific than either ESR or CRP when monitoring the activity of rheumatoid arthritis.

ESR, CRP and PV can be raised in many inflammatory conditions - for example:

Some conditions lower the ESR - for example, heart failure, polycythaemia and sickle-cell anaemia. It is also lowered in conditions where your body has lower protein levels - for example, in some liver or kidney diseases.

When are these tests used?

ESR, CRP and PV are nonspecific tests. In other words, a raised level means that 'something is going on' but further tests will be needed to clarify exactly what that is. For example, you may be unwell but the cause may not be clear. A raised ESR, CRP and PV may indicate that some inflammatory condition is likely to be the cause. This may prompt a doctor to do further tests to find the cause.

It is not usually possible to make a diagnosis of a certain condition just from a raised ESR, CRP or PV level.

However, before you have further tests, your doctor may suggest that you have the ESR, CRP or PV test repeated after a period of several weeks or months. If it has been raised by a recent infection (a very common cause) then it is likely to return to normal when your infection improves. You would not then need any further tests.

To monitor the activity of certain diseases

For example, if you have polymyalgia rheumatica, the amount of inflammation and disease activity can partially be assessed by measuring one of these blood tests. As a rule, the higher the level, the more active the disease. The response to treatment may also be monitored, as the level of ESR, CRP and PV may fall if the condition is responding well to treatment.

All three tests are useful. However, changes in the CRP are more rapid. So, for example, a fall in the CRP within days of starting treatment for certain conditions is a useful way of knowing that treatment is working. This may be important to know when treating a serious infection or a severe flare-up of an inflammatory condition. For example, if the CRP level does not fall, it may indicate that the treatment is not working and may prompt a doctor to switch to a different treatment. 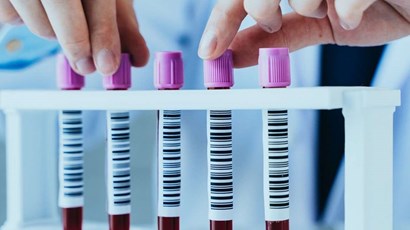 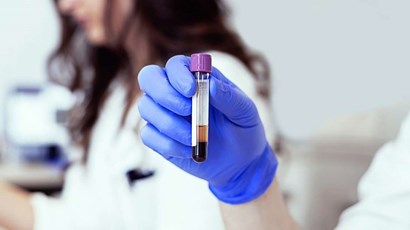 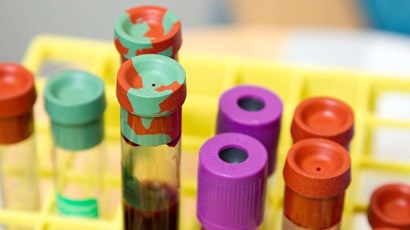 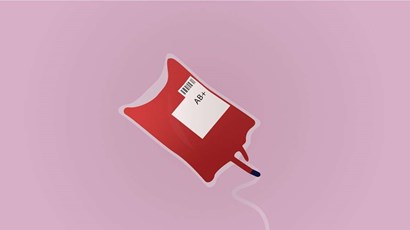 got some bloodwork im concerned about what it means. I'm a 22 year old female. Most concerning, my B12 levels were very high (1373 pmol/L) (I don't take supplements). My RBC and hematocrit were also...