There is some evidence that healthy lifestyle behaviours can improve some symptoms of the menopause - for example, hot flushes and night sweats. In addition, weight loss, mindfulness and cognitive behavioural therapy can have also a mild-to-moderate effect on these symptoms.

There is also some evidence that women who are more active tend to have fewer symptoms of the menopause. However, not all types of activity lead to an improvement in symptoms. High-impact exercise done now and then may even make symptoms worse. The best activity is regular sustained aerobic exercise, such as swimming or jogging.

Wearing lighter-weight clothing, sleeping in a cooler room and reducing stress may reduce the number of hot flushes. Some women find that things such as spicy foods, caffeine (in tea, coffee, cola, etc), smoking, and alcohol may trigger hot flushes. For some women, avoiding these things may help.

Giving up smoking will help reduce hot flushes and your risk of developing serious health conditions, such as heart disease, stroke and cancer.

Some women consider taking complementary and alternative treatments instead of taking hormone replacement therapy (HRT). There is a massive market for products to help with menopausal symptoms, but many of these are not proven to be safe or do not have good research to support their effectiveness.

However, just because a product is labelled 'natural' does not mean that it is automatically safe and free from potentially damaging chemicals. Herbal remedies are not regulated by a medicine authority in the same way as prescribed medicines are. They should not be considered as a safer alternative to HRT, as there is so much variety in their effectiveness and potency. Many herbal medicines have unpredictable doses and purity. In addition, some products have significant side-effects and can interfere with other medicines.

The regulatory bodies have developed a system called Traditional Herbal Registration (THR). Any herbal products that have been approved by this system have a THR logo on their packs. This means that the product has the correct dosage and is of a high quality. The pack will also contain product information.

There is some evidence that isoflavones or black cohosh may improve some symptoms of the menopause. However, multiple preparations of these products are available and their safety is still uncertain. Different preparations can vary and these products can also interfere with other medicines.

St John's wort
St John's wort can improve symptoms in some women. It does not seem to make any difference to low mood or anxiety symptoms though. There is still uncertainty about the most appropriate dose of St John's wort and also how long the effect of taking it lasts for. There is a variation in the nature and potency of different preparations of this product. In addition, it can interfere with other medicines, including tamoxifen.

Selective serotonin reuptake inhibitors (SSRIs) are a class of antidepressant medicine. They include paroxetine, fluoxetine, escitalopram and citalopram. Several years ago it was noticed as a side-effect that menopausal women who took these medicines for depression had fewer hot flushes. Since then, a few studies have shown that several SSRIs stop or reduce hot flushes in some (but not all) menopausal women, even those who are not depressed. A similar antidepressant medicine called venlafaxine, a serotonin and noradrenaline (norepinephrine) reuptake inhibitor (SNRI) antidepressant, has also been shown to have this effect. How SSRIs and SNRIs work to help hot flushes is not clear.

When it works, an SSRI or SNRI provides relief from hot flushes almost immediately. A trial of one to two weeks is usually enough to find out whether it is going to work. If symptoms improve, a longer course may then be prescribed. However, the beneficial effect is often short-acting so does not last for long. The main drawback with these medicines is that they may cause side-effects in some women - for example:

SSRIs and SNRIs are not licensed for this use. This means they haven't undergone clinical trials for this use, but many experts believe they're likely to be effective and your doctor will discuss the possible benefits and risks with you.

Note: you should not take paroxetine or fluoxetine if you are also taking tamoxifen, as these medicines can interfere with each other.

Gabapentin is a medicine that is usually used to control epileptic seizures and nerve pain. However, research has shown that it can ease menopausal flushing symptoms in some women. Side-effects, such as dizziness and tiredness, can occur with this medication.

Gabapentin is not licensed for treating menopausal symptoms. However, many doctors are willing to prescribe one of these treatments, with the patient's consent, to see if it works.

Other treatments
There is good evidence that cognitive behavioural therapy can improve symptoms of low mood and anxiety which arise as a result of the menopause in some women.

There is conflicting evidence regarding the use of soy and red clover. They should not be taken in women with hormone-dependent breast cancer or those taking tamoxifen except on advice from your specialist.

Bio-identical hormones are also not regulated and are not subject to any quality control.

Clonidine
Clonidine used to be very popular for the treatment of the menopause. However, there is no good evidence that it is beneficial in improving symptoms. It frequently causes side-effects such as dry mouth, drowsiness, dizziness and feeling sick. It is therefore not commonly used any more.

You can buy vaginal lubricants and moisturisers from pharmacies, which can help ease vaginal dryness (atrophic vaginitis). Some women only notice dryness when they have sex. In this situation, placing a small dose of lubricant inside the vagina before having sex will usually help.

Note: you may not be aware that there are oestrogen creams which ease the vaginal symptoms of the menopause. Strictly speaking, they are a form of HRT but the dose is very much smaller than other forms of HRT and they therefore carry far less risk compared with taking HRT tablets or patches.

If you develop osteoporosis, there are medicines which can help to restore some lost bone and help to prevent further bone loss. These are detailed in the separate leaflet called Osteoporosis. 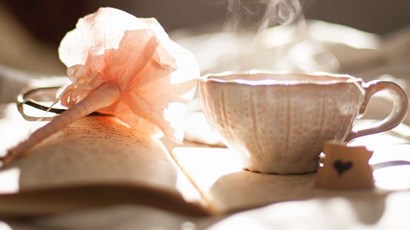 How to ease the symptoms of perimenopause 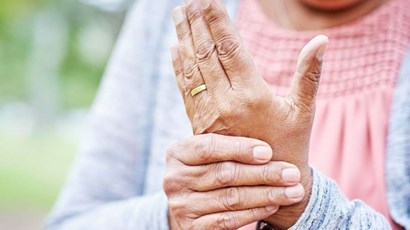 How can you prevent osteoporosis during the menopause? 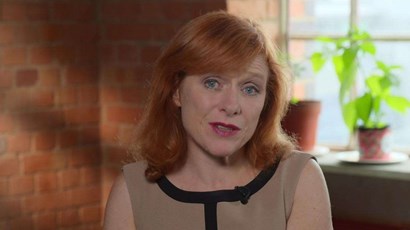 Video: How do you know you're going through the menopause? 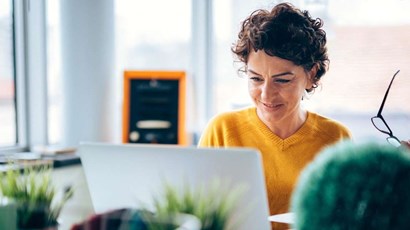 I took Duavee for thirteen days beginning on May 23. On June 4th (a Sunday) my forehead was hurting slightly so I held the cup of warm green tea I was drinking on my forehead. Later that day I was...