Gilbert's syndrome is due to an inherited defect in processing bilirubin in the liver. Bilirubin is produced from the breakdown of red blood cells. When it cannot be cleared properly in the liver, its levels build up in the blood. This can cause mild jaundice from time to time and can also be seen as slightly raised bilirubin levels on a blood test. Gilbert's syndrome is harmless and does not require treatment.

What is Gilbert's syndrome?

Gilbert's syndrome - also known as constitutional hepatic dysfunction - is a condition where the liver does not process bilirubin very well. It is sometimes called Gilbert's disease although it does not cause 'disease' as such. The liver itself is normal and the condition is harmless. The condition is named after the doctor who first described it in 1901.

Bilirubin is constantly being made. It is a breakdown product of haemoglobin. Haemoglobin is a chemical that is in red blood cells and carries oxygen to the tissues. Many red blood cells break down each day releasing haemoglobin, and bilirubin is one of the waste products. Bilirubin is carried in the bloodstream to the liver where it is taken in by liver cells. The liver cells process the bilirubin which is then passed out from the liver into the gut with the bile.

A chemical (enzyme) in liver cells, called uridine diphosphate glucuronosyltransferase (UGT), helps the liver cells to process the bilirubin. People with Gilbert's syndrome have less of this liver enzyme, and a backlog of bilirubin can build up in the bloodstream. High bilirubin levels can cause a yellowing of the skin and the whites of the eyes (jaundice). In people with Gilbert's syndrome, the blood level of bilirubin can go up and down. Often the level is normal. At other times it is higher than normal but not very high.

How common is Gilbert's syndrome?

Gilbert's syndrome is a common hereditary condition. About 1 in 20 people have this syndrome - but 1 in 3 people who have it will not know that they have it. It is more common in men than in women, and in people with diabetes (especially type 1 diabetes). It is often first diagnosed in the late teens or early twenties.

The level of bilirubin in the blood goes up and down. However, this does not usually cause any problems as the level does not go very high.

If the level of bilirubin goes above a certain level you can develop yellowing of skin and the whites of your eyes. This is because bilirubin is an orangy-yellow colour. This condition is called jaundice. Some people with Gilbert's syndrome experience mild episodes of jaundice from time to time. This may seem alarming, but is of little concern if the cause is Gilbert's syndrome. The jaundice tends to occur most commonly if you are ill with another problem such as:

If you have Gilbert's syndrome there are some medicines which you should avoid if alternatives are available. These include:

Other symptoms are uncommon

The jaundice itself does not usually cause any problems. However, some people with Gilbert's syndrome report other symptoms - most commonly:

How do you test for Gilbert's syndrome?

Yellowing of skin and the whites of the eyes (jaundice - a high level of bilirubin) can be caused by many different diseases of the liver and blood. Therefore, if you develop jaundice you are likely to need tests to clarify the cause and to rule out serious disease. A blood test can usually confirm the diagnosis of Gilbert's syndrome. It shows a mildly raised level of bilirubin; however, all the other liver tests and some other tests will be normal. Very rarely, other tests such as a liver biopsy may be done to rule out liver diseases if the diagnosis is in doubt. You may also be offered genetic testing, although its availability is very limited.

Gilbert's syndrome is also commonly diagnosed by chance when routine blood tests that are done for other problems show a raised level of bilirubin.

No treatment is needed. People with Gilbert's syndrome can lead normal, healthy lives. Life expectancy is not affected and life insurance is not affected. There is even some evidence that people with Gilbert's syndrome live longer and are healthier than people who don't have it. Mild yellowing of skin and the whites of the eyes (jaundice) may come back from time to time for short periods but usually causes no health problems.

The take home message is - Gilbert's syndrome is really a mild abnormality of how the liver processes a chemical (enzyme) called bilirubin. It is not really a 'disease' and does not normally cause problems. 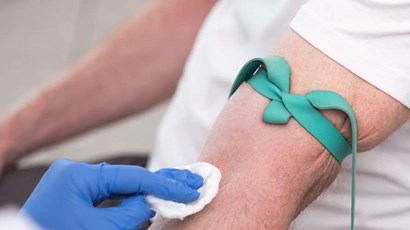 After having bouts of feeling dizzy, nauseous, panicky and just not feeling quite right I was diagnosed with Gilbert's Syndrome. This made sense as I had always noticed a slight yellowing of the eyes,...