Infection with Clostridium difficile (sometimes just called 'C. diff') most commonly occurs in people who have recently had a course of antibiotics and are in hospital. Symptoms can range from mild diarrhoea to a life-threatening inflammation of the bowel. No treatment may be needed in mild cases except drinking plenty of fluids. However, treatment with specific antibiotics is needed in more severe cases.

What is Clostridium difficile infection?

C. difficile produces spores (like seeds) which are very hardy and resistant to high temperatures. Spores are passed out with the stools (faeces) of people who have C. difficile in their gut. Spores can persist in the environment (for example, on clothes, bedding, surfaces, etc) for several months or years. The spores can also be spread through the air (for example, when shaking bedclothes when making a bed). They may get on to food and into the mouth and gut of some people. Spores that get into a human gut develop into mature bacteria. So, this is how some people end up with C. difficile living harmlessly in their gut.

However, if the number of C. difficile bacteria increases greatly in the gut then it can cause problems. The most common reason why this occurs is due to taking antibiotics.

Antibiotics are the main cause of C. difficile infection

If you take antibiotics for any infection (eg, urine infection or skin infection), as well as killing the bacteria that cause the infection, the antibiotics will also kill many of the harmless bacteria that live in your gut. C. difficile bacteria are not killed by many types of antibiotic. If the other harmless bacteria are killed then this allows C. difficile to multiply to greater numbers than it would normally do. The bacteria also start to produce poisons (toxins). These toxins are what cause the symptoms (see below).

Therefore, if you take certain antibiotics and if you have any C. difficile bacteria in your gut, the bacteria may thrive and cause an infection. This is a problem that may occur with taking many of the commonly used antibiotics.

Who gets Clostridium difficile infection?

Although C. difficile infection is often linked with patients in hospital, infection occurs in only 13.7 per 100,000 days of admission to hospital. Many cases start in the community, especially in nursing homes.

The exact number of cases that occur in hospital patients is difficult to determine. However, it is common. Also, outbreaks can occur in hospitals and care homes. About 3 in 10 people who become infected develop symptoms. Commonly this is just a mild or moderate bout of diarrhoea. However, it sometimes develops into pseudomembranous colitis.

Infection also seems to be more common in people who are taking a group of medicines called proton pump inhibitors. These are medicines such as omeprazole and lansoprazole that are taken to suppress acid production in the stomach as a treatment for acid reflux and indigestion.

There are different strains of C. difficile, and some can cause a more serious illness than others. The severity of the infection and illness can vary greatly. C. difficile germs (bacteria) make poisons (toxins) that can cause inflammation and damage to the inside lining of the lower gut (the colon, also known as the large bowel). Strain 027 produces more toxins than most other strains and is more likely to cause severe illness. See also the separate leaflets called Diarrhoea and Acute Diarrhoea in Children for further information.

In most cases, the symptoms start within a few days of starting the antibiotic. However, in some cases, symptoms develop up to 10 weeks after finishing a course of an antibiotic.

Many people develop mild or moderate watery diarrhoea. They may also have some crampy tummy (abdominal) pains, a feeling of sickness (nausea) and a high temperature (fever). This is similar to the symptoms that occur with many other mild or moderate bouts of gut infection (gastroenteritis). Symptoms may last from a few days to several weeks. In mild cases, symptoms often clear away without any specific treatment.

The symptoms of severe infection include:

Pseudomembranous colitis occurs in some cases and is more serious. Colitis means inflammation of the colon. Pseudomembranous means that if you were to look inside the colon, you would see membrane-like patches on the inside lining of the colon. This can cause bloody diarrhoea, abdominal pain, a distended colon and abdomen, and fever; it can make you very unwell. In some cases it becomes severe and life-threatening (fulminant colitis) and the colon

may perforate (rupture). This can lead to serious infection and sometimes death.

How is Clostridium difficile infection diagnosed?

As a general guide, the diagnosis of C. difficile infection should be suspected in:

But C. difficile should be considered as a possibility in the situations described above. A stool (faeces) sample can be tested in the laboratory to confirm the diagnosis. The test looks for the poison (toxin) that is produced by C. difficile in the stool sample. Blood tests, an X-ray of your tummy (abdomen) or a CT scan may be suggested if you have more severe infection.

What is the treatment for Clostridium difficile infection?

The decision to treat C. difficile infection and on the type of treatment depends on the severity of the illness. No treatment is needed if you have no symptoms but are known to carry the germs (bacteria) in your gut. However, if symptoms develop, some of the treatments below may be needed. If you are not already in hospital, people who have mild infection can often be treated at home. However, if the infection is more severe, you will usually be admitted to hospital so that you can be treated and closely monitored.

Stopping any antibiotics that you are taking

If at all possible, the antibiotic that has caused the problem should be stopped. This will allow the normal harmless bacteria to thrive again in the gut. The overgrowth of C. difficile should then reduce and symptoms often ease. Stopping the antibiotic may be the only treatment necessary if you just have mild or moderate diarrhoea. In fact, many people will have stopped the antibiotic anyway, as the course of antibiotics may have just been for a few days.

People with more severe diarrhoea or inflammation of the colon (colitis) will normally be given an antibiotic that is known to kill C. difficile. This is usually vancomycin or metronidazole. Symptoms then usually ease within 2-3 days. In severe cases, prompt treatment with vancomycin or metronidazole may ease any colitis and prevent perforation (rupture) of the colon. A newer antibiotic, called fidaxomicin, has been found to be useful particularly to treat people who have had more than one bout of C. difficile infection. However, further research is needed.

As with any cause for diarrhoea, it is important that you replace the fluids that are lost in the diarrhoea. This may be by drinking extra fluids. Sometimes, if you have severe diarrhoea and become lacking in fluid in the body (dehydrated), fluids need to be given. This is done either by a tube that passes through your nose directly into your stomach (a nasogastric tube) or via a drip into your veins. See the separate leaflet called Gastroenteritis for more details.

In the small number of cases that progress into fulminant colitis, surgery may be needed, especially if the colon perforates.

Antidiarrhoeal medicines such as loperamide should not be used if C. difficile infection is suspected. This is because it is thought that they may slow down the rate at which the poisons (toxins) produced by the bacteria are cleared from your gut. Probiotics are bacteria and yeasts that resemble the protective bacteria of the gut and they are also not recommended at present. This is because evidence that they are helpful in clearing the infection is lacking.

As well as all the other recommendations in this leaflet, they recommend that your doctor should consider other medications which may need to be stopped, including:

You can find out more details about what NICE recommended from the further reading list at the end of this article.

Preventing the spread of infection to others

You, and those caring for you, also need to follow strict hygiene measures if you have C. difficile infection. This will help to prevent the spread of infection to others. If you are in hospital, the following measures are usually suggested:

Most people with C. difficile infection recover, some even without any treatment. However, the diarrhoea can be unpleasant and, in some cases, can last for several weeks. If needed, treatment with metronidazole or vancomycin gives a good chance of clearing the infection quickly.

As mentioned above, once you have had C. difficile infection, you have around a 1 in 4-5 chance of the infection returning in the future.

Note: you should remain off work or school until you have been free from diarrhoea for 48 hours.

Can Clostridium difficile infection be prevented?

Strict personal hygiene, such as washing hands after going to the toilet, can reduce the spread of this and other infections. Good cleaning practices and strict hygiene measures in hospitals help to prevent contamination of equipment and personnel with germs (bacteria) and spores. However, C. difficile is very contagious and it can spread very easily.

Doctors are also being urged not to prescribe unnecessary antibiotics, so as to reduce the numbers of people who may be susceptible to C. difficile infection. If antibiotics are needed because of infection, doctors should follow local guidelines about which antibiotics to prescribe. 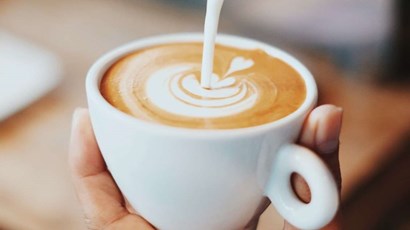 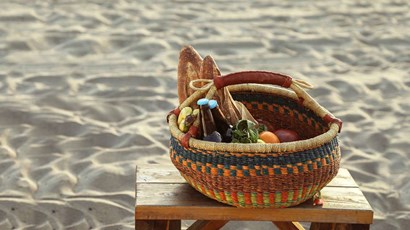 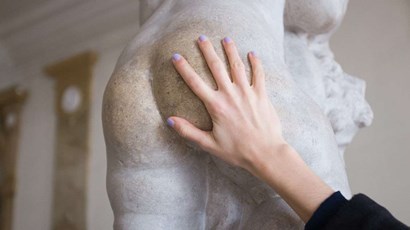 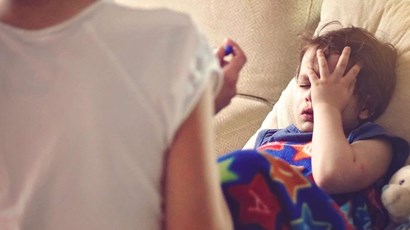 I noticed everytime I have a bowel movement the I need to wipe more then I used to. What could be causing this? Colonoscopy was clear. Thanks