Autoimmune hepatitis is an uncommon cause of persistent liver inflammation (chronic hepatitis). The cause is not known. If left untreated, the inflammation causes 'scarring' of the liver (cirrhosis). However, with treatment, the outlook for people with this condition is very good. Treatment is usually with steroids and other medicines which suppress inflammation.

What is autoimmune hepatitis?

Autoimmune hepatitis is an uncommon cause of chronic hepatitis. Chronic means that the inflammation is persistent or long-term. The chronic inflammation gradually damages the liver cells, which can result in serious problems.

The cause is not clear. It is thought to be an autoimmune disease. Our immune system normally defends us against infection from bacteria, viruses and other germs. In people with autoimmune diseases the immune system attacks part or parts of the body as if they were foreign. This causes inflammation and may damage the affected part or parts of the body.

The immune system includes white blood cells and special proteins (antibodies) which attack and destroy foreign germs and materials. There are various different autoimmune diseases. For example, rheumatoid arthritis, myasthenia gravis, some forms of thyroid disease, and primary biliary cholangitis. The symptoms of each disease depend on which part or parts of the body are attacked by the immune system. In some autoimmune diseases it is antibodies which do the damage. In autoimmune hepatitis, it is white blood cells called lymphocytes which are mainly involved. The lymphocytes attack the liver cells (hepatocytes) which causes inflammation and damage.

It is not known why autoimmune hepatitis or other autoimmune diseases occur. Some factor may trigger the immune system to attack the body's own tissues. There are various theories as to possible triggers. For example, a virus, a medication or chemical or some other factor may trigger the disease. There is also an inherited factor which makes some people more prone to autoimmune diseases. (That is, you may need to be genetically susceptible for a trigger to set off the disease.)

Who gets autoimmune hepatitis?

Autoimmune hepatitis is uncommon. It affects around 16-18 out of every 100,000 people in Europe. It is 3 or 4 times more likely to occur in women as it is in men. It can affect people at all ages.

What are the symptoms of autoimmune

Symptoms are extremely variable, and range from very mild to very severe. In many cases the symptoms develop gradually over weeks or months. At the beginning of the disease, many people have no symptoms at all. The most common early symptoms include:

Jaundice can develop when the liver inflammation becomes worse. If you have jaundice, you turn a yellow colour, which is seen in your skin and eyes. You tend to notice it first when the whites of the eyes become yellow. This is due to a build-up of the chemical bilirubin which is made in the liver and spills into the blood in some liver conditions. (With jaundice due to hepatitis your urine goes dark, your stools (faeces) may go pale and and you tend to itch.)

Without treatment, in time the persistent inflammation causes liver damage and can lead to cirrhosis. Cirrhosis is like a scarring of the liver, which can cause serious problems and liver failure when it is severe. See the separate leaflet called Cirrhosis for more detail.

In some cases, the symptoms develop quickly over a few days with an acute hepatitis. (Acute means sudden in onset or of short duration.) This can cause a fairly sudden onset of:

If left untreated, the time it takes from the onset of the condition until severe cirrhosis develops varies from person to person. However, with treatment, the inflammation can usually be controlled and the outlook (prognosis) is good.

How is autoimmune hepatitis diagnosed?

Many people with autoimmune hepatitis have no symptoms, or only vague symptoms, for quite some time in the early stages of the disease. Therefore, the diagnosis is often made when you have tests for an unrelated condition. When symptoms suggest that you have hepatitis, your doctor will normally arrange tests to confirm hepatitis and to find the cause of the hepatitis. Tests usually include:

Various tests may also be done to rule out other liver disorders such as viral hepatitis.

What is the treatment for autoimmune hepatitis?

Treatment works well in most cases. Usually, the inflammation settles and symptoms improve within a few months of starting treatment. However, it may take a year or more to get the disease totally under control. Azathioprine is usually taken for at least two years.

Side-effects from the treatment may be troublesome in some cases. The dose of treatment is kept as low as possible to keep the condition under control with the minimum of side-effects. If you cannot tolerate the azathioprine and/or steroids then alternative treatment may be given. This may include other medicines such as mycophenolate mofetil, budesonide, ciclosporin or tacrolimus.

Side-effects from the steroids can occur. These can include 'thinning' of the bones (osteoporosis), weight gain and increased pressure in the eye (glaucoma). Your doctor may advise that you take vitamin D and calcium supplements, or medicines called bisphosphonates while you are taking steroid medication. These work by strengthening the bones and lowering your risk of developing osteoporosis in the future. It is likely that you will be advised to have a dual-energy X-ray absorptiometry (DXA) scan before starting steroids and this is then repeated at regular intervals. This is done to assess the density of your bones. See the separate leaflet called Preventing Steroid-induced Osteoporosis.

Once the condition has completely settled, your doctor may advise a trial without treatment. A liver biopsy is usually done at the end of the course of treatment, to ensure that the liver inflammation has fully resolved. However, only around one in five people can remain off treatment for long periods of time. This is because the hepatitis usually returns (relapses), which means you will have to then take medication again. In many cases, long-term maintenance treatment is needed. This means that the majority of people with autoimmune hepatitis will need to take low doses of immunosuppressant treatment for long periods of time, or even indefinitely.

For some people a liver transplant may be an option - for example:

The long-term outlook after liver transplantation is good.

It is recommended that you are vaccinated against hepatitis A and hepatitis B. You should also receive the annual influenza vaccination.

Most people with autoimmune hepatitis will be advised to eat a normal healthy diet. Ideally, anybody with inflammation of the liver should not drink alcohol, or only in very small amounts. If you already have liver inflammation, alcohol may increase the risk and speed of developing cirrhosis.

With treatment, most people with autoimmune hepatitis have a normal life expectancy and feel well most of the time. The treatment used for autoimmune hepatitis has improved the outlook (prognosis) tremendously. It is very important that you do not stop your treatment too early without your doctor's knowledge, as your hepatitis may return. Although the condition usually returns at some point after stopping treatment, it can usually be treated again by quickly going back on medication.

There is a very small increased risk of developing liver cancer, especially if you also have 'scarring' of the liver (cirrhosis) due to your autoimmune hepatitis. Some doctors recommend a blood test and an ultrasound scan of your liver every so often to screen for this. 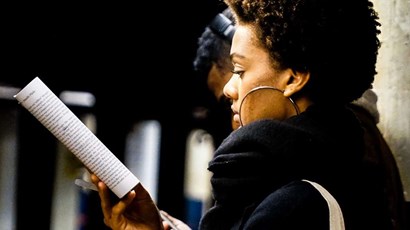 From October to January I was dating Guy A and living with him. In January i found out he lied about his testing status and slept with 23 women without telling me so we both went to get tested. I was...