When doctors talk of inflammatory bowel disease they usually mean people who either have Crohn's disease or ulcerative colitis. Both these conditions can cause inflammation of the colon and rectum (large bowel or large intestine) with similar symptoms, such as bloody diarrhoea, etc.

Although these conditions are similar and treatments are similar, there are differences. For example:

However, about 1 in 20 people with inflammatory bowel disease (IBD) affecting just the colon cannot be classified as having either Crohn's disease or ulcerative colitis because they have some features of both conditions. This is sometimes called indeterminate colitis.

Find out more about the gut (gastrointestinal tract) and how it works in our leaflet The digestive system.

How common is inflammatory bowel disease?

The exact cause isn't known but it seems that there is a combination of genetic and environmental factors. It seems that the the body's immune system is triggered by factors such as bacteria or viruses to cause inflammation in the gut (bowel) wall.

However, the symptoms are very variable, especially for people with Crohn's disease, which can affect any part of the gut (bowel).

How is inflammatory disease diagnosed?

If your symptoms suggest the possibility of inflammatory disease then you will need certain tests, which will include:

What are the treatments for inflammatory bowel disease?

A low-residue diet may also be used for IBD. This is a very restricted diet with less fibre. This diet can help to reduce symptoms such as diarrhoea and pain but needs supervision by a dietician. You will need to take vitamin supplements because a low residue diet doesn't contain all the nutrients you need.

Stress can make your symptoms worse so it's very important to learn how to manage stress. The ways we manage stress vary from person to person but meditation and regular exercise will help. See also the separate leaflet called Stress Management. It may also help to join a local support group so you can share how you feel with others and learn some tips to help you deal with your symptoms.

You will often need to take one or more medicines to help control the inflammation in your gut (bowel). Medicines may be used to control the symptoms when they are bad and also to help keep you well and reduce the risk of a flare-up once the symptoms are under control. The medicines used to treat IBD include:

See the separate leaflet called Aminosalicylates. These are one of the groups of medicines used to treat IBD. These medicines are still used in people who have acute flare-ups of Crohn's disease, but have become less widely used to maintain remission once the acute flare up has been achieved.

You can find out more about treatments, including the latest guidelines, from our separate leaflets called Crohn's Disease and Ulcerative Colitis.

Ulcerative colitis only affects the colon and rectum so an operation to remove the large bowel (total colectomy) will cure the condition. However, not everyone with ulcerative colitis needs to have their bowel removed.

If the whole of the colon and rectum is removed (proctocolectomy) then the small bowel (ileum) may be connected directly with your back passage (ileoanal anastomosis) or connected to an opening at the front of your tummy wall (ileostomy). Read more in the separate leaflet called Stoma Dietary Care.

Are there any complications of inflammatory bowel disease?

Bowel complications may be serious and include:

IBD can also cause problems affecting other parts of the body - for example, arthritis, skin conditions, eye inflammation, liver problems and bone loss. 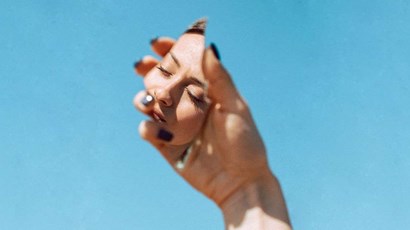 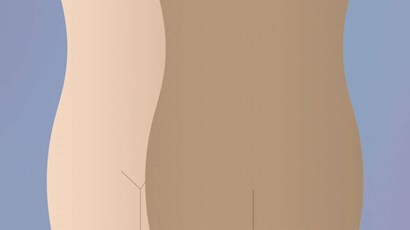