Are new treatments for MS on the horizon?

130,000 people in the UK are living with multiple sclerosis (MS). Though there are treatments which can ease and help to manage symptoms, MS is a condition which has no cure. But now, a groundbreaking trial is trying to find new treatments which could revolutionise care for people with MS.

Jacqueline Krarup, 54, was diagnosed with MS after experiencing double vision. Fifteen years before, she'd experienced numbness down one side on her body, but it passed. By the point of diagnosis, an MRI scan could show the disease's characteristic lesions on the brain.

In 2016, Jacqueline's MS left the relapsing-remitting stage, and became what's known as 'secondary progressive'. Jacqueline is one of the 130,000 people in the UK living with MS.

After that diagnosis, Jacqueline says, she remembers being hit with a huge appetite for knowledge and answers. "I wanted to find out as much as I could," she explains. "I'm sure everyone who has received a diagnosis like that wants to know as much as possible."

This year, a brand new trial into treatments for progressive MS is launching in the UK, with the possibility that researchers might be ready to recruit participants before the end of 2021.

The trial is particularly groundbreaking for patients with neurodegenerative diseases because it takes its design from cancer research which is well known for safe and fast investigations into improving treatment for patients.

The trial name, 'Octopus', reflects its multi-arm, multi-stage operation whereby researchers will test several treatments on different groups at the same time. Researchers will also be using drugs that are already safely and commonly used for other diseases.

After a couple of years of the trial, researchers will observe the changes the trial treatment has or hasn't made to participants, using an MRI scan. Where a treatment demonstrates benefit, participants can stay on, and where it doesn't they can join a new arm of the trial in a kind of roll-on-roll-off process.

Testing several treatments at once

The trial is also a 'platform' design, like the one used to demonstrate the use of dexamethasone in treating severe COVID-19 (and the poor evidence for hydroxychloroquine). Results for Octopus won't be so fast, since fewer people face MS than COVID-19, but the example shows the use of these new clinical trials that evaluate several treatments at once. Octopus is being funded by the MS Society through its 'Stop MS' campaign, launched in 2019.

Prof Jeremy Chataway is a consultant neurologist at University College London Hospital and co-lead on Octopus. During his career he has seen the options for MS patients explode from the basic offer thirty years ago of steroids for relapses, to twelve licensed treatments for relapsing-remitting MS.

Prof Chataway is also working on a trial investigating whether simvastatin, a common drug that helps people keep their cholesterol down, could be re-purposed to protect MS patients' nervous systems.

"There's no shortage of potential experimental laboratory medications, which could be useful in having an effect on progression, ie either slowing or stopping or ideally reversing," he says. "But what we have to do is go through a clinical trial programme."

Brain scans of people with early signs of multiple sclerosis can predict the long-term prognosis...

Dr Emma Gray is the assistant director of research at the MS Society. Like Prof Chataway, she's familiar with the dozen treatments developed in the last two decades for patients with relapsing-remitting MS.

But the new unmet need for MS patients, she says, is developing treatments for people with progressive MS. "We want to slow or stop the progression of MS," she says, "so that nobody with MS needs to worry about their condition getting worse."

She explains that people with progressive MS have recently seen two new treatments (siponimod and ocrelizumab) to control the immune system, not just licensed for treatment but given draft/full approval respectively by the National Institute for Health and Care Excellence (NICE) for use for some people with MS on the NHS. But, she adds, this aspect of treatment is only one piece of the puzzle.

As well as treatments like these, progressive MS patients also need treatments that repair damage to the coating of their nerve cells (known as myelin) and improve the environment nerves cells live in ('neuroprotection').

Although COVID-19 placed huge demands on MS patients to shield, and introduced some delays to the trial, remote monitoring has been much more widely adopted. Dr Gray predicts that this could cut some of the costs of research, and reduce some of the need for participants to travel for the trials, which is potentially tiring and stressful for people with progressive MS.

Furthermore, Octopus' findings about neuroprotection could later benefit patients with other neurodegenerative diseases (such as Parkinson's, or motor neurone disease).

"When we're looking at treatments for remyelination - repairing myelin damage by the immune system - that's specific to MS," Dr Gray explains. "But when you look at this concept of neuroprotection - improving the environment the nerve cell finds itself in, promoting its survival and preventing nerves from dying - that's what neurodegeneration is and that's applicable to all neurodegenerative conditions.

"Keeping nerve cells alive, and repairing them is relevant to people with Alzheimer's, Parkinson's and motor neurone disease too. They are all struggling with neurodegeneration."

When the trial gets regulatory approval, and trial treatments get confirmed, researchers can begin recruiting participants. Because of COVID-19, timelines are uncertain, but it's possible that that could begin at the end of 2021.

In the longer term, the MS Society's Stop MS Appeal plans to raise funds so that, by 2025, researchers will be in the final stages of testing treatment that slows or stops progressive MS.

Jacqueline is now a member of the MS Society Research Network, and joined the patient and public forum that advises on Octopus.

She is not sure whether the drugs trialled during Octopus will become available to her in time to help with her MS symptoms, but she hopes she is supporting work that will stop others going through what her generation of MS patients went through. Currently, MS is the most common disabling neurological disease of young adults in the UK.

"I think a lot about 'paying it forward'," she says. "My two children are now in their mid-20s and I hope they won't be affected by MS themselves.

"But the positivity I feel is that if there's an inkling of a first symptom, there are going to be treatments that can slow down the progression. I really think we will stop MS. If we can catch the progression at an early stage, that will be good enough."

How MS can affect mental health 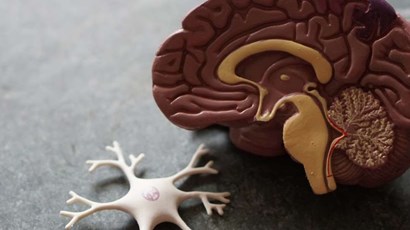 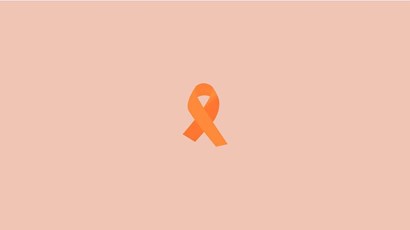 How MS can affect mental health 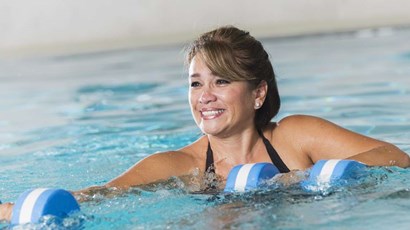 Myths about MS you need to stop believing

i have been having weird sensations for 4 months now. prickling in the left side of my face and head. dripping water sensations in head, chest , and back. numbness and tingling on left side of body...