Is conceiving in your forties just a lottery, or are there key factors that can significantly lower or increase your chances of starting a family mid-life? We ask the experts.

Flick through the pages of the latest glossy magazine and you're likely to come across at least one female celebrity who has started a family aged 40 plus. Singer Gwen Stefani and actress Susan Sarandon had children in their mid-forties, pop icon Janet Jackson had her first child at 50, and Dame Julia Peyton-Jones announced last year that she had become a mother for the first time at 64. The number of women having healthy babies later in life is on the rise, but conceiving in your forties is by no means a certainty and many women hoping to start a family mid-life will miss out.

Dr Jane Stewart, chair of the British Fertility Society, says there are plenty of women who conceive in their 40s if their fertility is in the normal range, but trying for a baby when you're younger significantly increases your chances.

"About 50% of women who try to conceive naturally in their early to mid 40s will achieve a pregnancy. Having said that, if you look at women under 38, that's women with normal fertility - so ovulating regularly, in good health, their partners producing normal sperm levels and having regular intercourse - 95% of them will conceive within two years, whereas half of women trying in their 40s won't conceive at all. So trying a bit younger does make a difference."

Common issues at 40 plus

As a consequence of age-based decline in egg quality, some of the eggs released by the ovaries as women age will not be viable for fertilisation, will have chromosomal abnormalities or not implant correctly in the uterus (resulting in miscarriage).

Stewart comments: "The ability to conceive, and the risk of miscarriage and Down's syndrome in pregnancy, all relate to the age of the egg and hence the woman's age. Women in their 40s have less chance each cycle but although it may take more time it is possible."

Egg-based decline is one reason why private services such as developments in egg freezing (most effective for women under the age of 35) and the use of donor eggs are becoming increasingly popular as options for women struggling to get pregnant in later life.

The average age of menopause in the UK is around 51, but 45-55 is still considered to be within the normal range. It is useful to establish when your mother went through menopause and if she had a history of fibroids, miscarriages or other gynaecological issues, as early menopause can have a genetic component:

"Premature ovarian insufficiency (and impending early menopause) can significantly reduce your chances of getting pregnant and can be unexpected", says Stewart. "During perimenopause women tend to ovulate less frequently and their periods are more spaced out which also reduces chances of conceiving, but it can still happen."

With new advances in fertility technology, it is possible to have a baby after menopause, but this involves the use of previously frozen eggs, or those of a younger donor.

Stewart reveals: "It is possible to carry a baby to term post-menopause, with the use of hormonal support, but there are risks. In general terms the uterus can be manipulated to accept a pregnancy when a woman is older if you've got a good-quality embryo to put in it - success really is all about the age of the egg."

Older women are more likely to get blood pressure problems, gestational diabetes and other complications during pregnancy and these may be enhanced if donor eggs are used. "In your 40s you've got about a 40-50% chance of miscarriage each time you get pregnant," says Dr Stewart, "and at 40 your risk of having a baby with Down’s syndrome is about 1 in 100; at 45, 1 in 50. The risks are higher, but many women will go on to have healthy babies."

While genetic predisposition and age-related decline will have a significant impact on fertility, there are lifestyle changes women can make that may improve their chances of getting pregnant in their forties.

Emma Cannon is a fertility expert, registered acupuncturist and founder of the Emma Cannon Clinic. She believes simple lifestyle changes can have a big impact:

"Exercise, eat well and maintain a stable body weight; obese women may have too much oestrogen due to too much body fat, which can contribute to fertility problems and low body fat can cause ovulation to stop. Abstain from alcohol whilst you're trying for a baby, not just once you are pregnant. Cut out smoking way before you hit 40 - smoking accounts for 13% of the world's infertility and ages you by 10 years in fertility terms."

Cannon also recommends acupuncture, which has been shown to have a regulating effect on the body, improving pelvic blood flow and endometrial quality: "Research has shown it to be effective in improving IVF outcomes and stimulating ovulation in women who are not ovulating. I also recommend increasing your vitamin D intake which can help make the uterus more receptive."

Where to get help and support

Although IVF can help some women conceive, Dr Stewart cautions against seeing it as a solution for all: "Some NHS commissioners will allow one cycle of IVF treatment for couples over 40 who haven't tried it before, but the situation varies. More usually IVF requires several rounds of treatment and is self-funded. You need to have an ovarian egg reserve great enough to produce a number of eggs to ensure a reasonable chance of success in a standard cycle, otherwise there’s little point in trying IVF."

She advises women in their early forties to get a referral to a fertility specialist (by their GP) if they are not pregnant within a year of trying - or earlier if there is an obvious issue - to make sure there are no other contributing factors other than age.

"If those investigations are normal and couples have tried for two years it's classed as unexplained subfertility, recognising that there are other factors that may not easily be tested for. Sometimes continuing to have intercourse over a prolonged period of time gives a cumulative pregnancy rate that may be greater than what can be achieved through treatment if there is no clear cause." 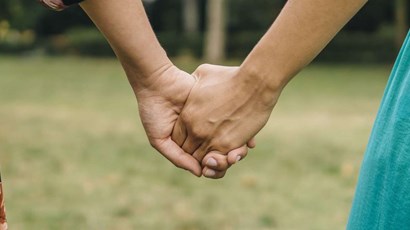 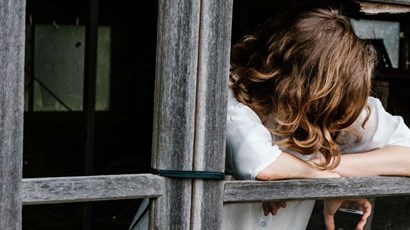 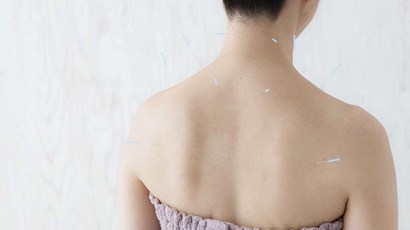