Pregnancy tests are very sensitive so it is common to find out that you are pregnant before you develop any signs or symptoms of pregnancy. However, as your pregnancy continues you are likely to experience various symptoms and signs.

How do I know I am pregnant?

Pregnancy tests are available from chemists and supermarkets and are very sensitive. They test for the presence of a hormone called beta human chorionic gonadotrophin (beta-hCG) in your urine. Beta-hCG is produced by your body when an egg (which has been fertilised by a sperm) attaches and fixes itself (implants itself) into the wall of your womb (uterus).

Take our simple quiz leading you through some of the telltale signs of pregnancy.

Different makes of pregnancy tests vary in how sensitive they are. The more sensitive ones can become positive when you are only a few days pregnant. However, a negative test does not mean that you are not pregnant; it may just mean that the levels of this hormone are not high enough to be detected by the test.

As pregnancy tests vary in how you use them, it is important to read the instructions carefully before you do the test.

When you're wondering whether you might be pregnant, it can be hard to think about anything else...

If your first pregnancy test is negative but you think you may be pregnant then you should repeat the pregnancy test one week later. If you have a positive pregnancy test, this does not need to be repeated by a doctor or a midwife.

What are the common symptoms and signs of early pregnancy?

The symptoms of early pregnancy vary tremendously between women. Some women hardly have any symptoms, whereas others have very severe symptoms. It is impossible to predict which women will have more severe symptoms. However, in general, if you are expecting twins or triplets then it is likely that your symptoms will be more severe.

Extreme tiredness is often the most common sign of an early pregnancy. Although it is common to become more tired in the later stages of pregnancy, this extreme tiredness and lack of energy (lethargy) usually last for the first twelve weeks (first trimester). They usually then improve.

Note: if you experience any burning, stinging or a high temperature (fever) with these urinary symptoms, contact your doctor or midwife. Urine infections are common when you are pregnant. Your doctor or midwife will arrange to test your urine for an infection. See the separate leaflet called Urine Infection in Pregnancy for more information.

It can be common to find that you are more constipated than usual in the early stages of pregnancy. This is due to the chemical (hormone) progesterone making your bowel more relaxed and sluggish. It is important to have a healthy diet throughout your pregnancy. If you do become constipated then you should eat more foods with lots of fibre in them, like wholemeal bread, fruit and vegetables. Make sure you are drinking enough fluids, especially water.

After a few weeks you may notice that the coloured skin around your nipples (the areolae) becomes darker.

Although most women think that feeling sick is the first sign of being pregnant, it is more common to develop other symptoms first. Feeling sick usually starts around the sixth week of your pregnancy. This can, however, vary between pregnancies in the same woman as well as between different women. You may find that you are being sick (vomiting) as well as feeling sick. The amount and frequency really does vary between women and can also be different (worse or better) in later pregnancies.

This sickness is commonly referred to as morning sickness. It is more common to experience feeling sick only in the mornings. However, you may find that this feeling continues throughout the afternoons and even into the evenings.  See the separate leaflet called Morning Sickness in Pregnancy for more information.

You may find that you crave certain foods during your pregnancy or even go off some foods. Some women experience a metallic taste in their mouth. You are likely to have a heightened sense of smell during your early pregnancy. This may make any feelings of sickness that you have worse.

The changes in hormone levels in early pregnancy may make you feel more moody and irritable than usual.

Although this has always been the most obvious sign of pregnancy, many women now find out they are pregnant before they miss their first period.

Many women may have a small amount of bleeding (spotting) at the time of their missed period. This is sometimes called an 'implantation bleed'. It happens when the fertilised egg attaches and fixes itself (implants itself) in the wall of your womb (uterus). It is harmless.

However, if you have any spotting or heavy bleeding when you are pregnant then you should let your doctor or midwife know. In some cases further tests (for example, a scan) are necessary. This is because bleeding can sometimes be a sign of a miscarriage. See the separate leaflet called Miscarriage and Bleeding in Early Pregnancy for more information. Less commonly it can be the first symptom of an ectopic pregnancy. 'Ectopic' refers to a pregnancy which occurs outside the womb.  See the separate leaflet called Ectopic Pregnancy for more information.

Get an estimated date of delivery for your baby based on your last period.

What should I do when I find out that I am pregnant?

Once your pregnancy has been confirmed by a pregnancy test then you should contact your doctor's surgery. They will arrange for you to see your doctor or midwife. Usually you will be seen by a midwife at around twelve weeks of your pregnancy. They will see you at your surgery, at a children's centre or at home. It is rare nowadays to have to go to a hospital to see a midwife.

It is important to have a healthy lifestyle during your pregnancy. This includes healthy eating and taking folic acid and vitamin D supplements. See the separate leaflet called Diet and Lifestyle during Pregnancy for more details. 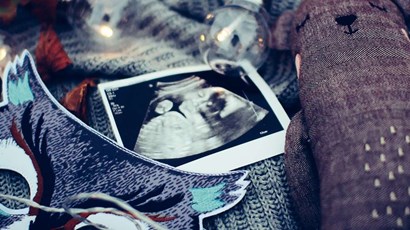 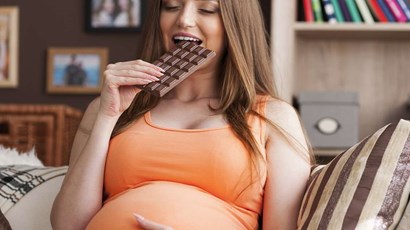 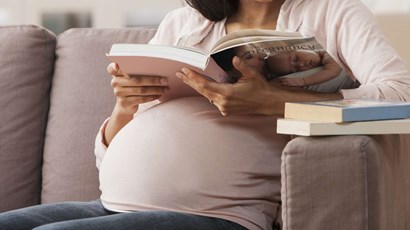 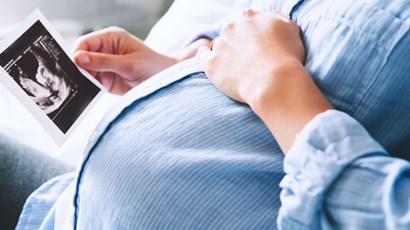 Build a maternity capsule wardrobe on a budget

My girlfriend and I had penetrative sex with a condom and that was only for a minute, afterwards I took it out. Later, I ejaculated on top of her and it only got on her stomach area and lining of her...