So many of the conditions I see in my practice - underactive thyroid, depression, multiple sclerosis - are more common in women than in men. Mouth cancer bucks this trend.

Men aged over 45 who smoke and drink to excess have a 'full house' of risk factors, but many of the 60,000 people in the UK likely to be diagnosed with mouth cancer in the next decade won't tick all those boxes. One in three people diagnosed are female, and poor diet is thought to play a part in up to half of cases.

Over 1,800 Brits a year die from mouth cancer, yet early detection and treatment could save many of them.

Smoking is the single biggest cause of mouth cancer, along with all too many other diseases.

We've made great strides in the UK in reducing smoking rates, which has to be good news for men in particular. Thirty years ago, there were many more men than women smoking. Today, smoking levels among men have gone down by 60%, and by half among women, but that still leaves one in five women and men smoking.

Excess alcohol can quadruple your risk, and both smoking and alcohol are linked to throat cancer as well.

Michael Douglas came under fire recently for suggesting his throat cancer was linked to oral sex. While the human papillomavirus (HPV) is thought to be responsible for a growing number of cases of mouth and throat cancer, he conveniently forgot to mention his smoking past, preferring to dwell on his reputation as a Romeo.

There's nothing romantic about mouth cancer

If caught at an early stage, the outlook for long-term survival is good. Small cancers of the lip may be suitable for a fairly new kind of specialist surgery called Mohs' surgery - tiny layers of cancer are removed one at a time and checked under a microscope while you're still having surgery, allowing the best chance of removing all the cancer and the smallest possible amount of healthy tissue.

The later it's diagnosed, the more likely it is that mouth cancer treatment will involve major surgery, chemotherapy and/or radiotherapy, will all the side effects and complications these can bring.

What to look out for

The most common warning symptom is a mouth ulcer that doesn't heal. The last thing I want to do is to cause unnecessary concern, or to flood my surgery with worries from the one in five Britons who suffer from minor aphthous ulcers in the mouth. Unlike mouth cancer ulcers, which often don't hurt, aphthous ulcers are painful but harmless, and tend to heal by themselves within one and a half to two weeks.

But if a mouth ulcer doesn't heal on its own within three weeks, it should be checked out. So should any persistent lumps. They can happen on the lips, tongue, gums, cheek or even on your palate. Persistent white, red or mixed red-and-white patches in these areas need looking at, too. These could be down to another condition such as lichen planus of the mouth. This condition can be very painful, but rarely becomes cancerous.

The first book I ever wrote for the public, more years ago than I care to remember, was called, 'A younger woman's diagnose-it-yourself guide to health'. In the section on making the best of your GP appointment, I pleaded: 'Show us anything, but don't show us your teeth. Doctors are not dentists. Dentists are dentists.'

While your teeth may be strictly the domain of the dentist, the rest of the mouth belongs to both of us. If you have any symptoms you're worried about, feel free to make an appointment with your GP or your dentist. Just don't sit on it. 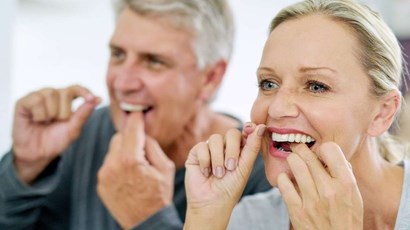 Hi Everyone, I noticed a felt a lump 2 weeks ago. It felt tender to the touch initially. My thyroid levels are normal however I'm deficient on Vitamin D. I'm concerned the lump/swelling may be a...