Diagnosing the source of pain is not always easy. Without a visual cue like a cut, sprain or broken bone, recognising and treating pain relies on the patient describing their discomfort as accurately as they can. This can be hard - as we all feel it differently.

More importantly, a doctor can only diagnose and treat a patient on the basis that they trust what they are saying. We all expect to be taken seriously by health professionals, but mounting evidence points to a worrying trend: all too often, women are met with doubt when it comes to their pain.

In 2008, a US National Institutes of Health study found that women in A&E who report acute pain are less likely than men to be given opioid painkillers - and they wait longer to receive them. Another Swedish study, published in 2014, found women waited longer than men to see a doctor in a hospital emergency department. This bias is amplified when it comes to reproductive health.

Endometriosis, a condition where the tissue that lines the womb is found outside the womb, can cause chronic pain, heavy periods and infertility - symptoms which wreck lives. Yet despite one in ten women being affected, it takes an average of 7.5 years from the onset of symptoms to get a diagnosis - with many women dismissed as having period pain.

Valentina Wharton, 46, was a teenager when she first began having symptoms, but she wasn't diagnosed with endometriosis until 2012.

"I had pain, heavy irregular periods and awful PMT which progressively got worse as I got older. I was told by my mother that this was 'normal' because all the women in my family suffered in this way," she says.

Despite seeking advice from her doctor, her symptoms continued and she began to suffer abdominal pain, as well as diarrhoea, constipation and urinary tract problems. The pain was so bad she would end up in hospital.

Wharton took to her surgeon father's medical journals to find out what was wrong.

"I had a pretty good idea that I might have endometriosis," she says.

Still, there was no diagnosis and her symptoms continued.

It wasn't until 2012 that Wharton was told something she had suspected for years: she had endometriosis and adenomyosis, a condition where the cells of the lining of the womb are found in the muscle wall of the womb.

"I've been told by medical professionals I had depression, IBS, myalgic encephalomyelitis, and fibromyalgia - to name but a few," she says. "Every time I tried to suggest it might be endometriosis, I was dismissed with 'you just get bad periods, it's like that for some women'."

Wharton is not alone in her experience, in part, because endometriosis and other conditions, such as premenstrual dysphoric disorder (PMDD), can be tricky to diagnose, says Professor Nick Raine-Fenning, of the Royal College of Obstetricians and Gynaecologists.

"As the symptoms of gynaecological conditions, such as endometriosis and PMDD, can have vastly varied physical and psychological symptoms, they are often difficult diagnoses," he explains.

However, last year, the National Institute for Health and Care Excellence warned doctors in the UK to 'listen' to women concerned they may have endometriosis, with experts adding the condition has been misunderstood and neglected for years.

For decades, 'hysteria' - based on the historic belief that the womb was a creature wandering around the body causing trouble - was a catch-all term exclusively used to diagnose women exhibiting a variety of symptoms, from sexual desire to pain. Although it was dropped in the mid-20th century, it has had a lasting impact on the way women are treated in medicine - and stereotyped as irrational and emotional.

"It really wasn't all that long ago that Freudian theories of hysteria were an accepted diagnosis and the harrowing treatments for it were fairly common," says Abby Norman, author of Ask Me About My Uterus, a part-memoir of her experience of endometriosis, part-investigation into women's pain.

"That legacy is not ancient history by any means, and there are certainly echoes of it in modern medicine," she says. "Its influence is still felt at a cultural level in terms of how women feel dismissed, disbelieved and, at times, outright accused."

Black, Asian and minority ethnic (BAME) women are routinely subjected to stereotyping too, which impacts their experiences of healthcare.

Neelam Heera, founder of the women's health organisation Cysters Group, says BAME women are often stereotyped as being 'strong' - a damaging trope which can prevent women seeking support, particularly when it comes to their mental well-being.

Stereotyping also impacts the way LGBT women are treated, Heera adds. "I have one woman who has endometriosis who wants children with IVF. She went with her partner to the GP but she was told her womb is inhospitable," she says.

"But it was then assumed that her partner would just willingly carry the baby. It was assumed, you're both women, you both have a womb, so your partner can just have it instead."

For biological, social and psychological reasons, men and women react differently to diseases and treatments, but for years, gender has been ignored when it comes to medical research. Case in point - it wasn't until 1993 when the US National Institutes of Health stated women and minorities should be included in government-funded health research.

Until recently, clinical trials were mostly conducted using men over fears that tests could impact women's reproductive health and fertility. It was often assumed that women would have the same response as men from drugs in trials.

Although progress has been made to include women in medical academia, it is still largely male-centric - which can have fatal consequences for women.

Despite 28,000 women dying of a heart attack in the UK each year, a 2016 study found women had a 50% higher chance than men of receiving the wrong initial diagnosis, when a correct diagnosis is essential for treatment and recovery.

Why? In part, because much of what we know about diagnosing and treating heart attacks comes from research carried out on men, which means symptoms in women may be overlooked.

More than just a question of workplace equality, better representation of women in medical research will improve healthcare. Stanford University research, published in 2017, found research teams that include women are more likely to account for how gender and sex factor into disease and treatment. Failing to do so, the authors added, could have 'potentially life-threatening and costly consequences'.

It isn't just at research level that a gender bias is felt, too. Despite years of suffering, it wasn't until this year that women who had been left maimed and in chronic pain from vaginal mesh implants were finally heard - an indictment of carelessness towards women's health at a regulatory level.

Vaginal mesh surgery, billed as a low-risk procedure to treat pelvic organ prolapse and incontinence, had left thousands of women with debilitating pain, paralysis, sepsis and even organ failure. Many women felt their symptoms had been dismissed by the medical and pharmaceutical industries, until the surgery was suspended in England in July.

Hard to talk about

Stigma is also a major contributing factor to the dismissal of women's pain, particularly when it comes to gynaecological or reproductive issues.

This stigma has a knock-on effect on our healthcare, with one in three women failing to attend cervical screenings because of embarrassment - despite more than 3,200 women in the UK being diagnosed with cervical cancer every year. Many women still suffer in silence when it comes to their pain, because they are ashamed of talking about 'private' issues.

"Taboos around gynaecological health can obstruct women from speaking up about their concerns," says Raine-Fenning. "Women should feel comfortable to talk about their health without fear of shame or embarrassment. No woman should suffer in silence."

At the same time, though, funding cuts to public health services have disproportionately affected women, particularly when it comes to sexual health. In 2017, it was revealed that more than one in three local authorities had reduced - or planned to reduce - the number of sites providing contraceptive services in the last two years.

In 2017, research by the healthcare think tank the King's Fund found budget cuts of more than 20% to genitourinary medicine (GUM) services in parts of the UK had harmed patient care.

So what needs to be done?

There is certainly no quick fix, but a number of institutional, societal and cultural changes can help. It is crucial that women are heard and respected by health professionals - and that doctors and specialists are equipped with the information to recognise symptoms of conditions like endometriosis.

Likewise, more research is needed to understand and treat women's pain. In the decade, only one drug has been developed to target pain caused by endometriosis - and it's only available in the USA.

"As patients, not only are we dealing with pain and other symptoms, we're also bearing the burden to prove it," Norman says.

"We need to continue to advocate for awareness, for funding, for research. That's a lot to ask or expect of anyone, but certainly of those who are already struggling just to meet very basic expectations in their daily lives."

If you are struggling to get to the bottom of your pain, there are a number of steps you can take.

General practitioner Dr Shazia Javed advises to be as concise as possible as doctors may not have very long with each patient, or to book a double appointment. She also advises keeping a diary to log your pain.

"If a patient feels that they are not being taken seriously they can always get a second opinion from another GP within the same practice," she says.

"Patients need to be clear about symptoms in relation to how it's affecting their life - for example, pain, duration. It might be embarrassing for some patients to talk about but it's important to be as open and honest as possible."

Finding the right doctor - one you feel comfortable with - depends on the patient. "If they have a family doctor they have been seeing for years they might want to stick with them or if they have a big GP surgery they can choose a different doctor," Javed says.

"Some patients might prefer to speak with a man or a woman. The advantages of sticking with the same doctor are that it enables you to build a relationship. If patients choose to see a different doctor, it's not the end of the world because doctors have access to patient notes and can see previous notes and keep track."

If your symptoms persist, Javed advises going back to your doctor.

"Once the GP has tried out different things then they may need secondary care input via a gynaecologist," she adds. "There's a lot of pressure for women to cope with pain and be the 'strong feminist' - but it's important to try to not be embarrassed and not suffer in silence." 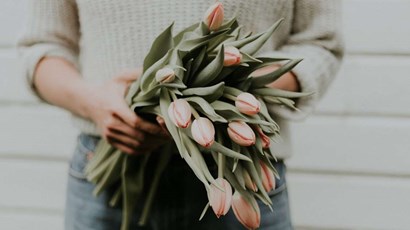 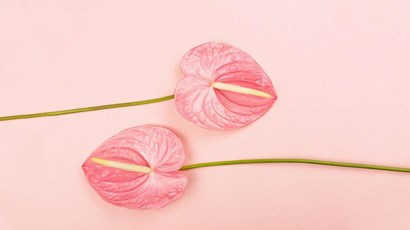 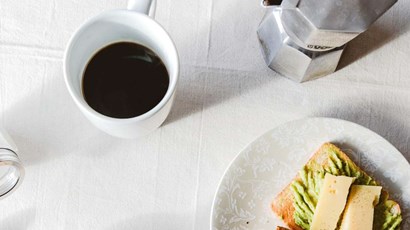