PANDAS: what we know and what we don’t

We live in an age where medical science is advancing at an incredible rate. But most doctors will agree that we are a long way from knowing everything. And this is the case with a condition known as PANDAS (paediatric autoimmune neuropsychiatric disorders associated with streptococcal infections) in which streptococcal antibodies are thought to affect the brain.

Although this condition was first identified by a team of scientists in the late 1990s it is not yet recognised by the medical profession at large and much is still unknown about the illness.

However in certain susceptible patients, these antibodies are thought to cause unwanted neurological symptoms. "With PANDAS these antibodies that are produced against streptococcus stick to an area of the brain called the basal ganglia."

These antibodies irritate this area of the brain, causing inflammation which "then spreads through the basal ganglia axis and affects areas of the brain that control fine motor skills and those responsible for the type of repetitive behaviours seen in patients with vocal or motor tics."

This condition usually presents in children aged between 3 and 12 years and although no accurate data are currently available, many doctors believe that around 1 in 200 children could be affected.

However, not all doctors believe that PANDAS is a genuine condition - and this is something that the medical community continues to debate.

These symptoms can have a huge impact not just on affected children but on their families. The charity PANS PANDAS UK provides support and information for families.

The criteria used to make a diagnosis of PANDAS are:

According to Dr Ubhi, the symptoms of PANDAS can be severe and distressing. "We see tics, obsessive-compulsive symptoms, misophonia (an abnormal reaction to sound) racing heart and even collapses," he says. "We even see children who have been wheelchair-bound, or have developed eating disorders or swallowing problems."

The problem with pinpointing these as symptoms of PANDAS is that all can occur in other, unrelated conditions. Often, the distinguishing factor in PANDAS is when children experience tics, obsessive-compulsive behaviours alongside other symptoms and have experienced a rapid onset of symptoms.

To make matters more complicated still, PANDAS is actually a subset of another condition - PANS - with similar symptoms but no clear evidence of streptococcal infection. In this case, diagnosis can only be made if:

What treatments are there?

It may surprise some that PANDAS can often be treated by a short course of antibiotics. In fact, some patients notice an improvement when on antibiotics for other conditions and this can help to lead to a PANDAS diagnosis. "Over the past three years, I've treated around 500 patients," says Dr Ubhi. "The response rate is good. 75% of patients have a good response, and the remainder of patients have some response to treatment.

"Antibiotics are usually used to treat active infections," Dr Ubhi explains. "But in PANDAS, as well as using them to treat infection, they are used to reduce inflammation and also for a direct psychotropic effect (an effect on mental health symptoms) that helps to normalise neural pathways."

As well as antibiotics, treatments are sometimes used to treat the symptoms of PANDAS - including SSRIs (a type of antidepressant) and cognitive behavioural therapy for anxiety and obsessive behaviours.

If children are severely affected, they may be considered for other treatments aimed at the immune system including intravenous immunoglobulin (IVIG) or steroids.

These symptoms can have a huge impact not just on children but on their families. The charity PANS PANDAS UK provides support and information for families affected by the condition.

Sending a child for therapy can be daunting both for the child and for their parents. So how can...

13-year-old Harry Meads is very much an ordinary boy. It's hard to believe that just a year ago, he could barely walk or talk, and had a series of unfathomable health problems.

"Harry was an ordinary toddler," says mum, Liz Meads. "Then when he was about 5 years old, I noticed that he'd begun to repeat behaviours and watch the same TV shows over and over. He was always really anxious too."

Aged 9, Harry was off sick with a bout of tonsillitis and his symptoms worsened. "He developed really bad separation anxiety overnight," says Liz. "He would bang his head and throw tantrums. But when I took him to the doctors, they couldn't find anything wrong."

With the school unable to cope with Harry's behaviour, he was home-schooled for two years, until aged 11, he was diagnosed with high-functioning autism. This meant he could access a special needs unit at a local school and start year 7. "He started at the school, but went rapidly downhill. He stopped being able to write. I noticed, too, that he didn't seem to understand jokes - whereas in the past he'd always enjoyed them," says Liz.

Things went from bad to worse. "One day I picked him up from school and his mouth was drooping - like he'd had a stroke!" she says. "He didn't seem able to talk. I took him to the hospital, and they did brain scans and blood tests, but when they didn't find anything, just put it down to his autism."

Despite being told the same thing by several neurologists Liz continued to feel that something else was going on. Eventually, she found her way to Dr Ubhi who, in 2019, prescribed antibiotics. "It was amazing," Liz says. "Within six weeks, he could walk and was talking - he was his old self again."

While Harry is now attending private school and doing well, Liz continues to worry about relapse. "I know it's a possibility," she says. "I just wish I knew what I could do about it."

Is there a test?

Sadly, at present there is no test for PANDAS, with doctors relying instead on symptoms and response to treatment. A positive streptococcal swab or blood test may help, but even this does not provide a firm diagnosis. This means that some children with PANDAS will be diagnosed wrongly with autism or anxiety disorders. Equally, parents of some children with autism or other disorders may wrongly suspect they have PANDAS.

"The criteria for seeing patients in the Children's e-Hospital clinic are usually that they are over 5 years old," says Dr Ubhi, "because under 5 it's really difficult to diagnose classic autism or other similar problems. Usually children with PANDAS have been completely developmentally normal and have a sudden onset of symptoms."

What if PANDAS remains untreated?

Sadly, some children with PANDAS will have suffered symptoms for such a long time that very little can be done to help them. "If symptoms persist for too long without treatment, behaviours such as obsessive-compulsive disorders become ingrained and can be difficult to treat effectively," explains Dr Ubhi.

When it comes to the existence of the condition itself, the medical community remains torn. However, for many parents it is a question that needs urgent attention.

Signs your child is struggling with their mental health 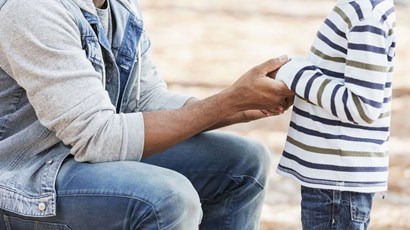 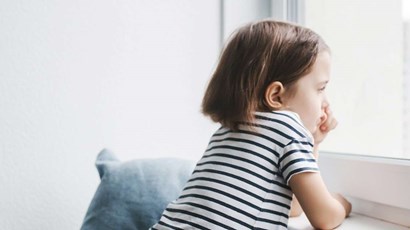 Signs your child is struggling with their mental health 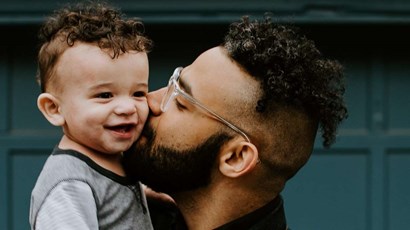 In the past month or so, my 4-and-a-half-months boy has really been struggling to nurse. After no more than 5 minutes at each breast, he begins to grunt so terribly that you'd think he's in terrible...

Notes on PANDAS: what we know and what we don't
Share
https://patient.info/news-and-features/pandas-what-we-know-and-what-we-dont
Copy link Copied