A pneumothorax describes the condition in which air has become trapped next to a lung. Most cases occur 'out of the blue' in healthy young men. Some develop as a complication from a chest injury or a lung disease. The common symptom is a sudden sharp chest pain followed by pains when you breathe in. You may become breathless. In most cases, the pneumothorax clears without needing treatment. The trapped air of a large pneumothorax may need to be removed if it causes breathing difficulty. An operation is needed in some cases.

What is a pneumothorax?

A pneumothorax describes the condition in which air has become trapped between a lung and the chest wall. The air usually gets there either from the lungs or from outside the body.

What are the symptoms of a pneumothorax?

A chest X-ray can confirm a pneumothorax. Other tests may be done if a lung disease is the suspected cause.

What are the causes of pneumothorax?

This means that the pneumothorax develops for no apparent reason in an otherwise healthy person. This is the common type of pneumothorax. It is thought to be due to a tiny tear of an outer part of the lung - usually near the top of the lung. It is often not clear why this occurs. However, the tear often occurs at the site of a tiny bleb or bulla on the edge of a lung. A bleb or bulla is like a small balloon of tissue that may develop on the edge of a lung. A bulla is a large bleb. The wall of the bleb or bulla is not as strong as normal lung tissue and may tear. Air then escapes from the lung but gets trapped between the lung and the chest wall.

Most occur in healthy young adults who do not have any lung disease. It is more common in tall thin people.

About 2 in 10,000 young adults in the UK develop a spontaneous pneumothorax each year. Men are affected about three times more often than women and are affected at a younger age. Men are more likely to be affected around the age of 20 years and women in their early 30s.

Up to 5 in 10 people who have a primary spontaneous pneumothorax have another one or more at some time in the future. If it does occur again it is usually on the same side and it usually occurs within three years of the first one.

Other causes of pneumothorax

What is the treatment for pneumothorax?

No treatment may be needed

You may not need any treatment if you have a small pneumothorax. The small tear that caused the leak usually heals within a few days (sometimes as little as 1-3 days), especially in cases of primary spontaneous pneumothorax. Air then stops leaking in and out of the lung. The trapped air of the pneumothorax is gradually absorbed into the body.

A doctor may advise an X-ray in 7-10 days to check that it has gone. You may need painkillers for a few days if the pain is bad.

This may be needed if there is a larger pneumothorax or if you have other lung or breathing problems. As a rule, a pneumothorax that makes you breathless is best removed. The common method of removing the air is to insert a very thin tube through the chest with the aid of a needle. (Some local anaesthetic is injected into the skin first to make the procedure painless.) A large syringe with a three-way tap is attached to the thin tube that is inserted through the chest. The syringe sucks out some air and the three-way tap is turned. The air in the syringe is then expelled into the atmosphere. This is repeated until most of the air of the pneumothorax is removed.

Sometimes a larger tube is inserted into the chest to remove a large pneumothorax. This is more commonly needed for cases of secondary spontaneous pneumothorax when there is underlying lung disease. Commonly, the tube is left there for a few days to allow the lung tissue that has torn to heal.

This is a rare complication. It causes shortness of breath that quickly becomes more and more severe. This occurs when the tear on the lung acts like a one-way valve. In effect, each breath in (inspiration) pumps more air out of the lung; however, the valve action stops air coming back into the lung to equal the air pressure. The volume and pressure of the pneumothorax increases. This puts pressure on the lungs and heart. Emergency treatment is needed to release the trapped air.

Some people have repeated episodes of spontaneous pneumothorax. If this occurs, a procedure may be advised with the aim of preventing the condition from coming back. For example, an operation is an option if the part of the lung that tears and leaks air out is identified. It may be a small bleb on the lung surface, which can be removed. Another procedure that may be advised is for an irritant powder (usually a kind of talc powder) to be put on the lung surface. This causes inflammation which then makes the lung surface stick to the inside of the chest wall.

A lung specialist will be able to give the pros and cons of the different procedures. The procedure advised may depend on your general health and on whether you have an underlying lung disease.

If you are a smoker and have had a primary spontaneous pneumothorax, you can reduce your risk of it happening again by stopping smoking. 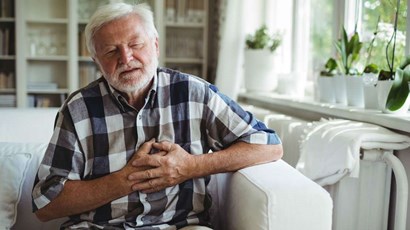 hello, 21m 150lbs i recently had a spontaneous collapse in my left lung about 25%. i had a chest tube put in and spent 6 days in the hospital. i was discharged with about a 5% collapse and was told...